I still endorse that endorsement fully, but before the holiday’s arrival tomorrow, I want to offer a second Irish-inspired beer brewed on Long Island, one that returns today for a second consecutive year, capable of delivering a similar taste of ubiquity’s flipside: BrickHouse Brewery & Restaurant‘s Carrickfergus, a nitrogenated cream ale aged with whiskey-soaked oak. If that description just evoked a Huh?, join me for a terse history of the cream ale, yes? 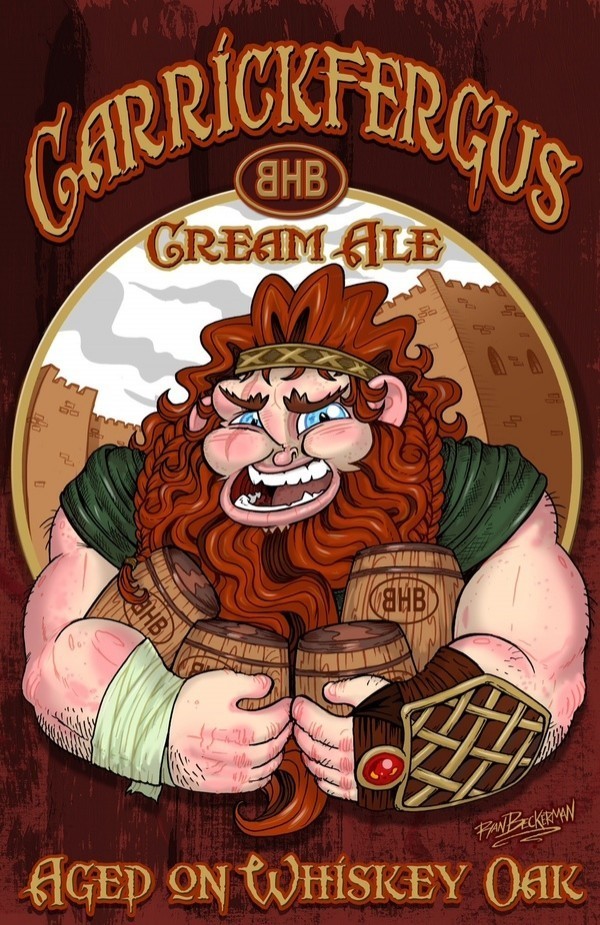 A style indigenous to the United States (one of only two; California common is the other), the cream ale was originally devised by ale-only breweries in the Northeast and Mid-Atlantic as a response to the instantly popular lagers introduced by German immigrants in the mid-1800s. This newcomer, which resembled the German-grown kölsch to some degree, shared mucho with the lager: the crisp palate; the pale color and brilliant clarity; the use of adjuncts like corn and rice to lighten body; and the warmer fermentation temperatures. It proved a successful retaliation, too. Before the start of Prohibition, cream ales were among the country’s most commonly consumed.

As innovation continues to liberally steer the craft-beer Cadillac, the modern-day cream ale has become tough to categorize neatly; almost every brewery to embrace the style seems to have a unique interpretation. Florida’s Cigar City Brewing makes a potent cream ale spiced with cumin and lime peel and aged in tequila barrels named El Murcièlago, for example, while Swamp Head Brewing’s Wild Night is one also made in Florida, but infused with Tupelo honey. North Carolina’s Fullsteam Brewery, meanwhile, fuels El Toro with grits.

BrickHouse’s Carrickfergus is another cream ale that defies strict categorization. While flaked maize is part of the grain bill, brewers Paul Komsic and Arthur Zimmerman are using the classic style as a sudsy springboard to innovation. Their recipe includes oats—”We figured they would provide some slight creaminess and a silkier mouthfeel,” says Komsic—and honey malt, “To let a lite honeyish sweetness interact with the corn,” he adds.

Their springboarding also continues after brewing, as Komsic and Zimmerman soak medium-toasted oak chips in a jar of Jameson for the duration of Carrickfergus’ fermentation. Once fermentation is complete, the now-Irish chips are added to the fermenter to fornicate with the liquid for roughly six weeks. This period injects more sweetness and notes of whiskey and oak, and boosts the beer’s alcohol content to 7.5 percent ABV. The final product is “smooth, sweet, whiskeyish, and subtly fruity,” Komsic says.

Another noteworthy thang: Carrickfergus is nitrogenated, or carbonated with a blend of nitrogen and carbon dioxide, to impart a creamier texture. Though many cream ales are also nitrogenated, including Empire Brewing’s eponymous version, the “cream” is not directly related to this process. Guinness is not a cream ale, but it is undeniably the world’s most popular nitrogenated beer, furthermo—oops! This blog is not about Guinness.