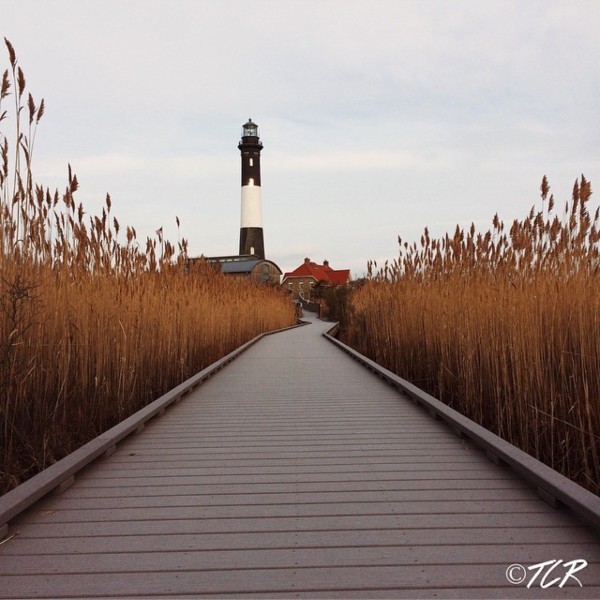 Tom Reuter’s image of the Fire Island Lighthouse that he captured with his iPhone 6 camera. Image: Tom Reuter

When Tom Reuter started an Instagram account in 2010, he populated his page, treuter18, with selfies, memes and other self-described worthless items. Last year, though, when his girlfriend, Eva Diaz, an avid photographer, noticed some creative images he took with his smartphone camera, she encouraged him to take photography more seriously.

Reuter, a Central Islip resident, started to use a few pricey Canon digital cameras and developed his eye for photography. He also continued to use his smartphone to capture fine art photos.

“After finding numerous different editing apps and upgrading my iPhone 5s camera with a special camera lens case, I found that it was possible to take amazing shots with my phone,” said Reuter, 22, who owns a security company and a mechanic shop.

Some avid photographers decry smartphone cameras and Instagram, claiming they undercut, even degrade, the art of photography. But some former recreational users of these tools, such as Reuter, have developed a greater appreciation for, while challenging standard mores of what constitutes, quality photography.

In January, Reuter and Diaz created an Instagram handle, exploreliny, where they feature fine art photos of Long Island, mostly sunsets on beaches and bays, taken by local photographers who use both digital and smartphone cameras. Shutterbugs post their images on Instagram using the page’s hashtag, and Reuter and Diaz feature the two best photos of the day. Within two months of its launch, the page generated more than 1,000 followers. 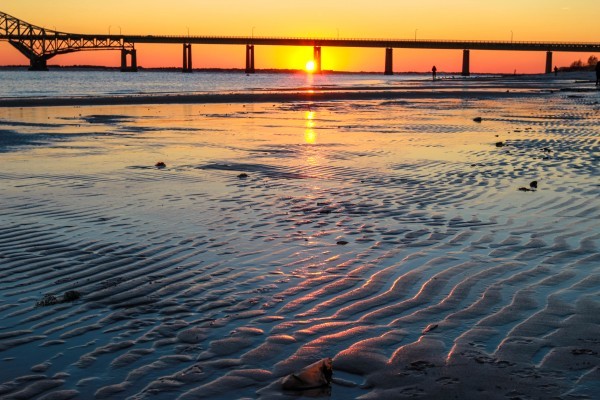 Reuter created the page to promote Long Island photographers and their beautiful images of the island. He also wants to get them to take photo walks together, where they can share ideas and perhaps discuss the pros and cons of a high-end digital camera versus a smartphone camera.

“What it basically comes down to is your edit,” Reuter said of processing photos taken with a smartphone. “If you know how to adjust the white balance and the exposure correctly, you can make a shot look like you used a Canon Mark5.”

Among the photographers whose images were featured on exploreliny is T.J. Mitchell of Baldwin. Like Reuter, Mitchell was inspired to take photography more seriously after using his Samsung Galaxy S3 to take selfies and memes that he posted on his Instagram, the16thconsonant.

After Mitchell had gone with his friends, who all shoot with digitals, to capture a sunset on train tracks, he noticed how much better their photos were than his smartphone captures. After his friend lent him a Nikon 5100, and he later switched to Canon T4i Rebel, he took photos with much greater depth and devoted his Instagram to them.

Still, he enjoys the convenience of his smartphone to take artsy shots. He used his iPhone 6 to take a photo of his friend on a jetty in Atlantic Beach that was featured on exploreliny. So how does he decide when to use his smartphone or his Canon? It depends on the subject and setting. 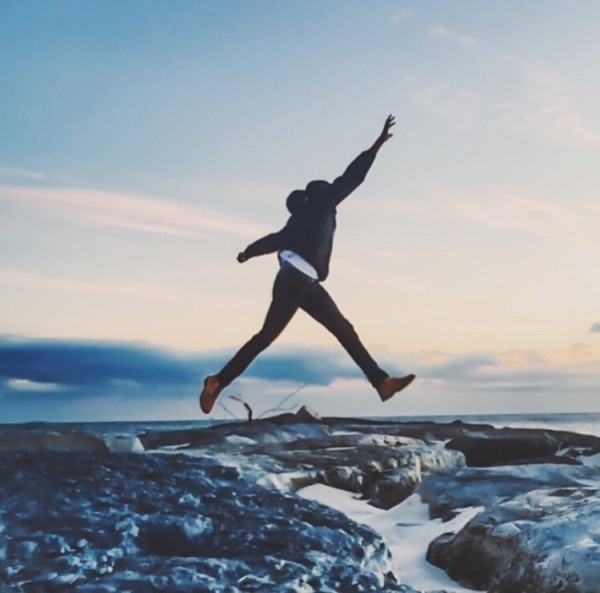 T.J. Mitchell used his iPhone 6 camera to snap this photo of his friend jumping on a jetty in Atlantic Beach. Image: T.J. Mitchell

“If I know it’s going to be low light and hard to capture, I’ll use my Canon,” said Mitchell, 22, who works at a group home for autistic children. “And it also depends on if it’s a quick shot. If it’s something that’s still, I’ll use my camera. If it’s a shot of something that I know is probably not going to happen again, I’ll take a quick picture of it with my phone.”

While Mitchell’s choice of subjects is eclectic, he likes to shoot sunsets on Long Island beaches or preserves from Massapequa to Glen Cove. When in New York City, he looks for new buildings and interesting architecture, including One World Trade Center. Recently he joined the daredevil photographers that capture bird’s-eye views of Manhattan from atop tall structures.

Back when he first used Instagram to post selfies, the app was still without the many filters that it offers today. He used it then to snap and post photos instantly.

“It’s definitely advanced 100 percent,” he said. “I think they saw what people were using more often for photography and they were able to apply that to the app.”

Unlike Reuter and Mitchell, Erica Mengouchian purchased a digital camera first, about five years ago, and initially resisted using a smartphone camera and Instagram. 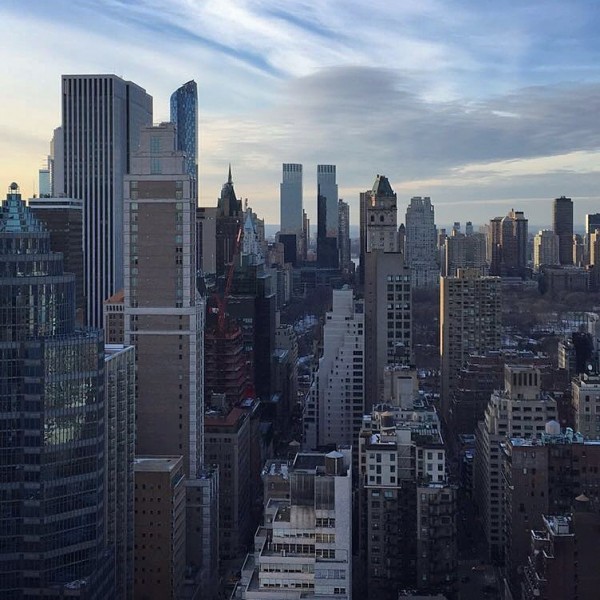 “It bothered me that people were just taking a picture that wasn’t necessarily that great and throwing a filter on it and then posting it,” said Mengouchian, 23, a Commack resident and business development associate at a computer software company.

Once she jumped from using the iPhone 4 to the 6, she thought its camera was a major upgrade and started to use it. She even created an Instagram account, Erica_Mengouchian, after the app offered more advanced filters.

“The settings in Instagram improved a lot; they let you edit shadow, contrast, saturation and all the other basic settings, and you could adjust the strength of any filter,” she said.

Today, Mengouchian takes photos with both her iPhone 6 and her Canon T2i, but tends to use the latter more. Her favorite subjects are nature scenes at Robert Moses and Sunken Meadow state parks, where she often uses her phone to take quick snapshots to post to Instagram. Her nature photos were featured on exploreliny. 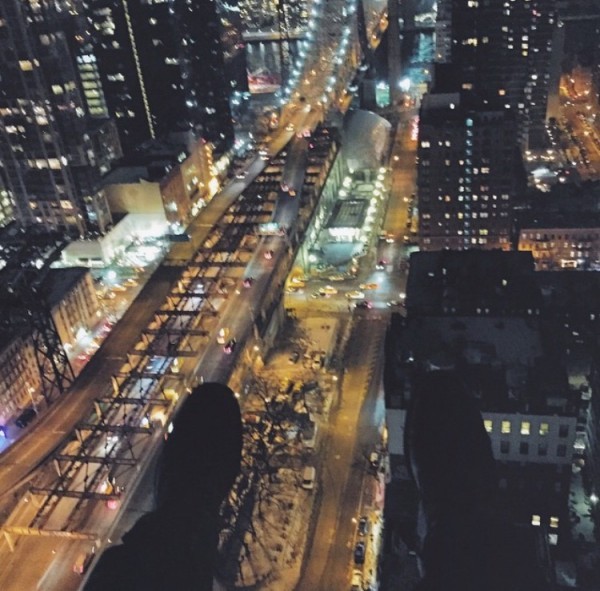 T.J. Mitchell has joined the daredevil photographers who hang on the edge of tall Manhattan buildings to capture bird’s-eye views of the bright city lights below. Image: T.J. Mitchell

“What I love about the mobile aspect is how quickly I can post to Instagram in real-time,” she said. “I use it to give everyone a current update on the gorgeous sunset, or to take some behind-the-scenes photos.”

Still, she has some ground rules. She’ll never uses her iPhone to take portraits, finding her digital camera incomparably better for that purpose. “But if it’s a landscape, or even a view in the city, if you just take a picture down one of the streets, the iPhone image comes out really nice,” said Mengouchian, who also flies a drone with a built-in camera and who flew in a helicopter to take aerial photos over Manhattan. 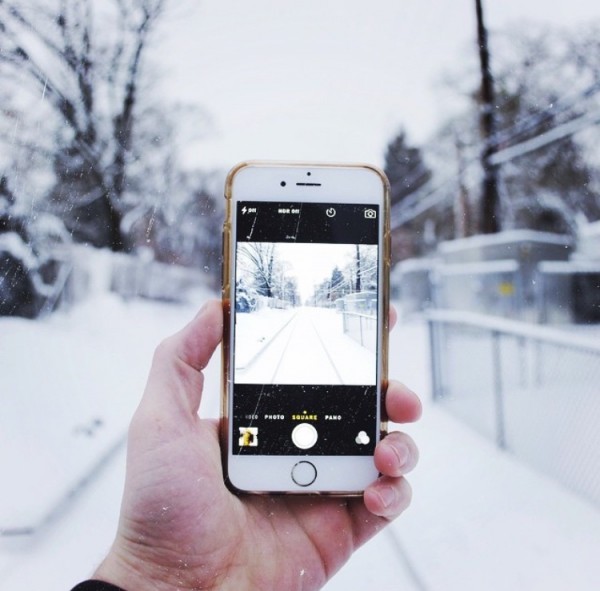 Mitchell, who said he’s still trying to find his individual style, believes that ever-advancing camera technology will bring digital capabilities to smartphones, and he fully embraces such changes.

“If smartphone photographers can make something simple look good, I think that’s the most impressive thing,” he said. “I’ve seen some people who only took pictures on their iPhone and they impress me. I feel they can do better than what I can do with my DSLR.”