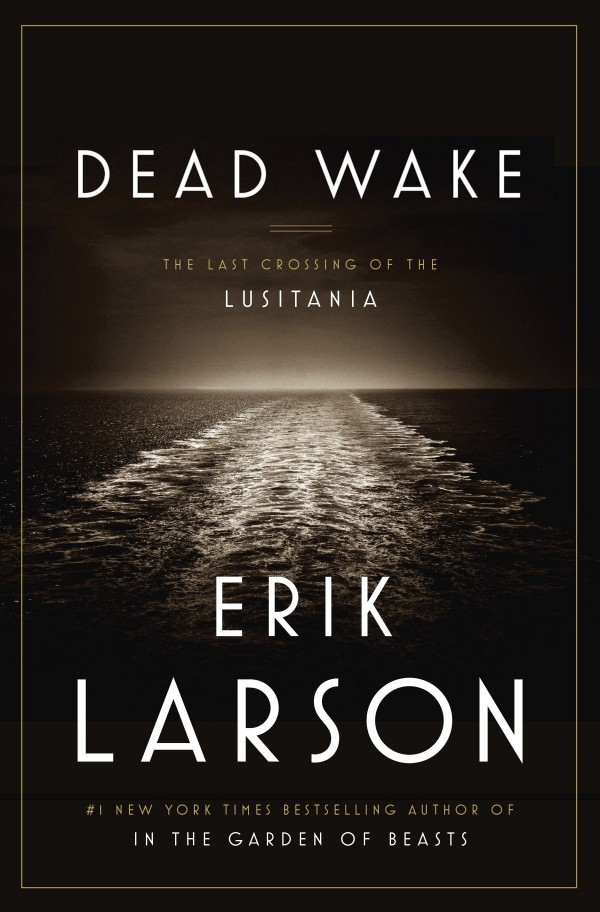 It almost scared you to death.

That’s what it seemed like: heart pounding, palms sweaty, legs weak – but still in one piece, breathing again, thankful that you only had a near-miss. History, however, is not so benign, as you’ll see in Dead Wake by Erik Larson.

Though no one would call him charming – he hated pretending as such – Turner had steadfastly worked through the ranks to become Captain of the Cunard Steam-Ship Company’s Lusitania, a premiere ocean liner. With over 200 successful trips across the Atlantic Ocean , “The ship endured.”

That record was important to her 1,265 passengers. Each of them appreciated the luxury (lengthy menus, gardens, and “20 cubic feet” of luggage allowed), and speed (up to 25 knots) that the Lusitania promised.

And since Germany had issued warnings to all ships entering British waters, passengers appreciated the ships’ safety, and they scoffed. “The Lusitania was simply too big and too fast” for any real threat.

In Washington D.C. , President Woodrow Wilson was doubly-bereft: with his wife Ellen dead not quite a year, he’d fallen in love again. Edith Bolling Galt gently discouraged him as was war waged between Britain and Germany , but Wilson would do “all he could to keep America neutral”… and to get Edith to marry him.

To those who served with him, Kptlt. Walther Schweiger was a conundrum: known for his sense of humor with those aboard Unterseeboot-20, Schweiger was also renowned for his “callousness.” Life aboard a German U-boat was not pleasant, but Schweiger ensured that his men were happy.

He had much less compassion for anyone on a ship in his sights.

On May 1, 1915, the Lusitania prepared to leave New York City en route to Liverpool but first, it had business to tend to: a nearby British luxury liner had been conscripted and its passengers re-assigned. Getting them aboard took an extra two hours; the Lusitania , therefore, was late getting out to sea.

Says Larson, “Even the briefest delay could shape history.”

So you think you know what happened nearly a century ago. So did author Erik Larson but as he researched, he “quickly realized how wrong” he was about the Lusitania . And so will you, as you immerse yourself inside Dead Wake.

This story of a ship, however, wouldn’t be nearly as fascinating without the story of those hating it, in charge of it, on it, and not on it. Indeed, as Larson tells a thousand tiny stories of passengers and foes, bravery and duty, we become wrapped up in each tale, needing to know each individual fate. It’s also, therefore, easy to become uneasy: menace is like fog here because we know. Larson’s account of this historic event made me want to scream “Watch out!” loud enough to be heard 100 years ago.

While it’s a sure-bet for historians, I also think thriller fans will love this book, too. If your heart doesn’t pound while reading Dead Wake, in fact, get it checked. You might be dead, too.