Jake Scott has been snocross racing for years. The sport much like motocross, but on a snowmobile, is fast becoming a racing fan favorite with its challenging tracks, spectacular action and huge air jumps. And the 20-year-old from Port Jefferson Station worked his way through the ranks in the junior classes, ultimately winning the Pro Lite title in the 2012-2013 season before moving into the National Pro Open series, where he finished 11th in his first year. We got a chance to meet up with the Long Island pro racer, who represents Team LaVallee, during this year’s AMOSIL Snocross Grand Finale in Lake Geneva, WI. Scott let us in on the details of his love for snocross and his place in the championship series. 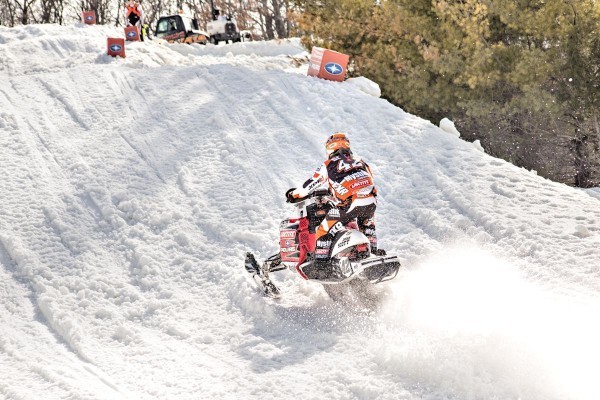 Pulse Insider: How did a young man from Port Jefferson Station become interested in snocross?
Jake Scott: I race motocross and needed something to do in the wintertime.

PI: What would you say was your biggest challenge in Lake Geneva?
JS: The downhills are steep and rough and it’s really hard to stop. 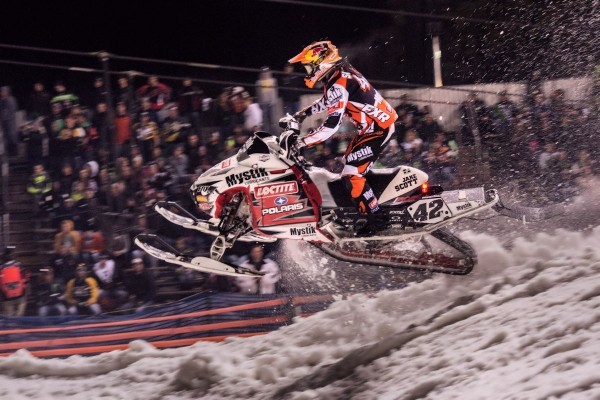 PI: How often do you train?
JS: Every chance I get. I work out in the gym and train at Calverton Racing Facility in Calverton, LI, which is owned by my Dad. 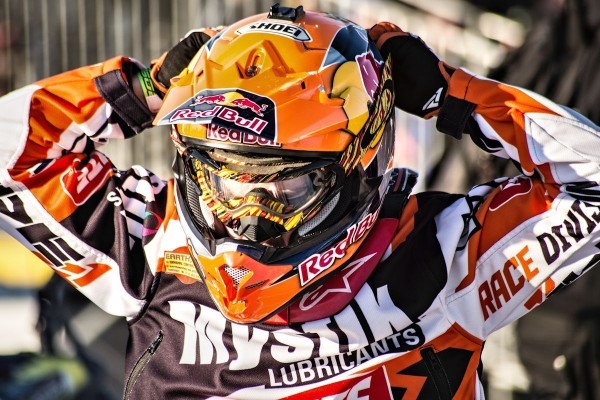 PI: What does your daily diet consist of?
JS: I eat a lot of lean meats, peanut butter & jelly, and Chipotle. 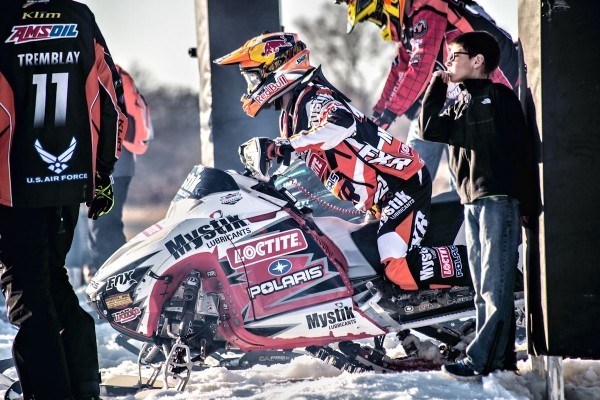 PI: What do you do on Long Island in the off-season?
JS: ” race motocross. I also go to car meets and shows on Bald Hill. I have two Shelby GT500’s and a Nissan GTR. 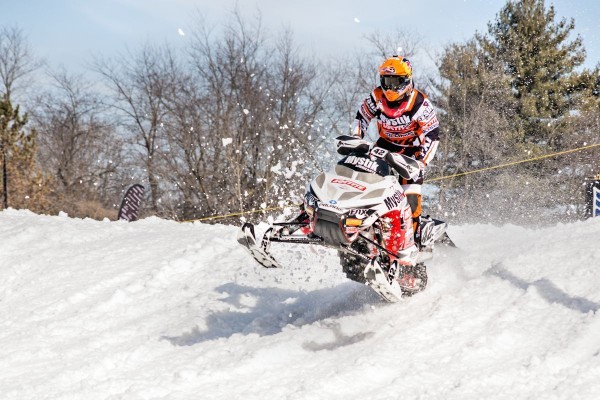 PI: What motivates you?
JS: I love racing!

PI: What advice would you give aspiring athletes?
JS: Train even harder than you think you should, but keep it fun.

Now that’s advice we all can learn from!

We’d have loved to have seen more of Jake Scott this time, but an injury to his knee, sustained at the Seneca Allegany, NY round of the championship and aggravated at Mt. Pleasant, MI, forced him out of the weekend’s racing and relegated him to 14th in the title race. Hopefully, we’ll see him back next year, stronger and up there with high place finishes.