Carlos Santana has a litany of icon-defining bonafides to his name: recipient of a Kennedy Center award; a hundred million albums of Latin-rock sizzle sold; killing it at Woodstock and nabbing the number 20 spot on Rolling Stone’s list of 100 greatest guitarists. He also plays a somewhat lesser known role as a jazz apostle. This labor of love has no doubt been inspired through multiple genre-busting collaborations with everyone from Herbie Hancock to fusion pioneer John McLaughlin. It is, however, as honorary chair for the Coltrane Home, the 1960s Dix Hills residence of jazz titan John Coltrane, that Santana has expressed his most unabashed argument: a clarion call to the uninitiated, highlighting the transcendent nature of jazz and of all things Coltrane.

To many jazz fans, saxophonist Coltrane remains an enigmatic, mythic figure. He could play incredibly fast and with impeccable time—as on 1960’s Giant Steps—but he could also come across as loving or quietly menacing, meandering in the gooey center of a melodic phrase, then unleashing a torrent of pure passion. (Check out his work on “My Favorite Things,” 1961.)

Coltrane died at only 40, and the fact that he departed at his absolute peak did much to flash-freeze his legacy. He had only a short time in which to innovate and dazzle, never stagnating. He evolved during his entire career, growing both musically and as a person—moved forward by a loud and sometimes chaffing inner drive.

Coltrane apprenticed with Dizzy Gillespie and Thelonious Monk and did a couple of storied side-man stints with Miles Davis. He practiced constantly, attempting to hear and hone his own inner sound. He did drugs and quit drugs. And still he practiced. Over his final 10 years, sobriety, the warm womb of family and a fervent, non-denominational spiritual quest, became the marinade that infused both his music and his daily life.

Coltrane’s masterpiece, A Love Supreme, was written in his Dix Hills home in 1964. Many experience the record as a seamless merging of sonic and spiritual beauty. Ashley Kahn, author of A Love Supreme: The Story of John Coltrane’s Signature Album and coauthor of The Universal Tone: Bringing My Story to Light, Carlos Santana’s autobiography, put it this way: “There are very few pieces of music that work on so many levels, including as a summation of a great message-giver’s life and purpose. Think Marvin Gaye’s ‘What’s Going ’ On,’ John Lennon’s ‘Imagine’…Dr. Martin Luther King Jr.’s ‘I Have A Dream.’ And Coltrane’s A Love Supreme. They’re all of the same importance and intention.” 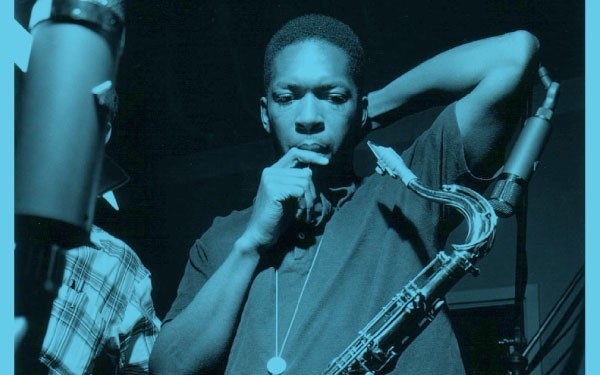 The choice of Santana to act as guardian of Coltrane’s legacy may have been the work of destiny. It is not simply Santana’s fame or the fact that both men seem to share an inexhaustible creative fire. Kahn figures it’s because “both of them see music and spirituality as being intertwined with life in general, together defining one’s life path.” Pulse recently spoke to Santana about his own music and his stewardship of the Coltrane legacy.

Long Island Pulse: How would you describe the significance of the Coltrane Home?
Carlos Santana: The contribution of master musician John Coltrane is to the level of Einstein. He created a quantum leap in the frequency of sound rhythm vibrations. It helps accelerate the listener’s unfoldment. His music has so much light; it’s illuminating.

What do you think makes A Love Supreme such a compelling recording?
For people like me, it would be like when God gave Moses the 10 commandments.

It’s been handed down like a direct current from God?
Exactly.

You have spoken previously about how you believe Coltrane’s music transforms a listener’s molecular structure. Can you expand?
I know that when I say that a lot of people roll their eyes, but when you put on Coltrane and turn it up, it really does rearrange your molecular structure. What does that mean? It means that your DNA remembers that it is light. It doesn’t remember that you’re a bunch of compilations of your mom or your dad, or a bunch of data or a bunch of emotional luggage or baggage from karma. All that other bullshit just drops through the floor. And you remember that you are forever in the now.

Which aspects of Coltrane’s musicianship have impacted your own playing?
His humility is the most powerful; his humility on the stage and off the stage. 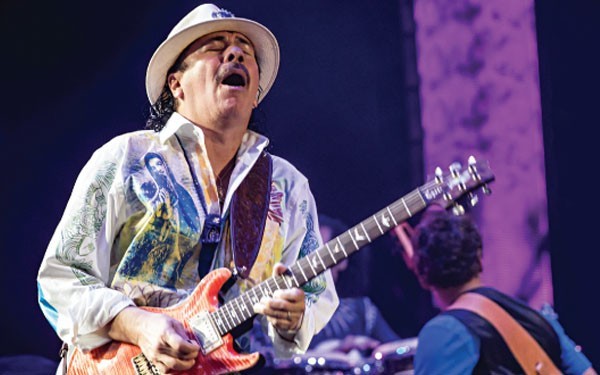 You’ve recorded A Love Supreme with John McLaughlin. Is it intimidating to cover Coltrane? Or is it strictly a labor of love and an interpretive experience?
The intention of John McLaughlin and I was to turn other people on to it. Alice Coltrane gave us the green light. And so did the family… We love A Love Supreme. We wanted to allow anyone who loves Led Zeppelin or Cream to become aware that A Love Supreme was at that level. We just want to turn more people on to the frequency of John Coltrane.

At times, you play very few notes whereas Coltrane would often play many—the whole “sheets of sound” thing. But somehow you seem to wind up at the same place…
I did learn an awful lot from Miles Davis. People don’t need to hear everything that floats in your brain.

We’re still learning that lesson.
[Chuckles] Welcome to the club.

You recorded with Alice Coltrane. How would you describe her legacy?
To me she is like Stravinsky and Leonard Bernstein. She a real great American composer and musician. Some people only know her as John Coltrane’s wife, I know her as the master supreme original musician.

Your spouse, Cindy Blackman Santana [a highly successful jazz drummer] has recorded with Ravi Coltrane. What do you make of the ongoing and multilayered relationship between the Santana and Coltrane families?
I’m very grateful and very honored. They see something in me that they feel is important: upholding a certain integrity and turning people on to a higher frequency or vibration.

Once the Coltrane Home opens as a museum and educational center, what would you advise the parents of a typical 12-year-old kid who may whine about visiting?
Just being in the house, their soul will intuitively acknowledge something happening.

Required Reading
A pair of new volumes contain a lot more information about Santana and Coltrane. The Universal Tone, by Carlos Santana and Ashley Kahn, vividly describes the musician’s nearly 70-year-journey from humble beginnings in Mexico to the top of the music world. A Love Supreme: The Story of John Coltrane’s Signature Album, also by Kahn, provides a revealing overview of the project including biography, cultural impact and first-hand recollections.

Inside the Coltrane Home 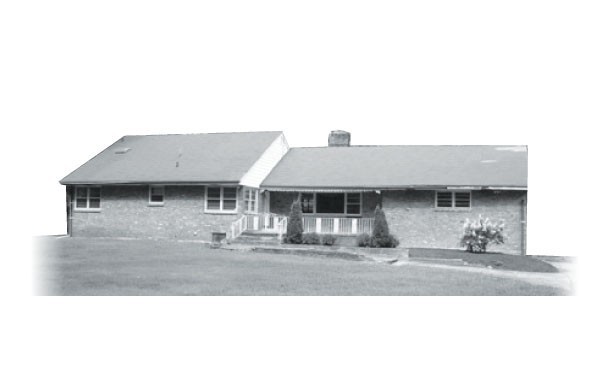 Besides being the birthplace of A Love Supreme, the Dix Hills farm ranch-style home hummed with the quiet bustle of family life. Between the years 1964 and 1967 (the year Coltrane died), the family consisted of John Coltrane and his second wife Alice, her daughter Michelle from a previous marriage, and three children that followed in quick succession: John Jr., Ravi and Oran. Alice Coltrane is a significant figure in the world of jazz in her own right.

The pianist, harpist and composer not only performed and recorded with her husband toward the end of his life, but also created a solo body of work imbued with a blend of jazz and Eastern spiritual influences. Some described her ethereal music as “astral jazz.” Gorgeous pieces such as “Journey in Satchidananda” were recorded in the home following her husband’s passing.

Ravi Coltrane, who lived in the home until age seven, eventually picked up the saxophone and is in the midst of a career that has already seen a Grammy nomination. True to his bloodline, the honor comes for Best Improvised Solo, an avant-garde nugget from the 2012 postbop original composition, Crossroads.

The nondescript suburban home is now on the National Register of Historic Places. Saved from demolition by developers, the residence is currently owned by The Friends of the Coltrane Home, a non-profit organization spearheaded by local historian Steve Fulgoni and Ravi Coltrane. The goal is for the home to become a museum and educational center that will celebrate the Coltranes’ historic import and the cultural significance of jazz. Support for the effort requires outreach on all fronts.