What is it about the radio hosts we embrace for the long haul— those disembodied voices we start each day with while lying in bed or braving the LIE? The reason for considering a particular jock either a broadcast-bud or a waste of a preset button is probably as good an inkblot test as any. Yet, whatever the machinations of the human mind, the simple answer is that the hosts we stick with day in and day out enhance our lives. The experience is intimate, yet risk-free. And that is how the bond is forged. There are two, you’ve probably heard them on your own rides to work, who embody the spirit of eclectic, fresh, independent terrestrial radio. They introduce us to new bands, music by old favorites, tell us where the traffic jams are and which venues we need tickets to this weekend. Ladies and gentlemen… 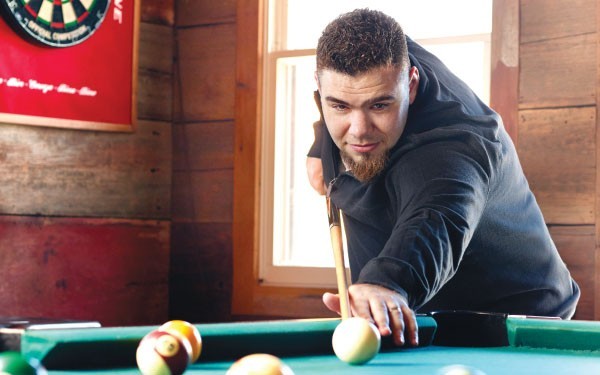 Anthony Cafaro makes the drudge of early morning zombie-time go down as smooth as one of the craft beers he is constantly peddling. The WEHM jock refers to himself as “your pal” and his audience seems to react in kind. Like a confidant who has earned your trust, Cafaro waxes a daily barrage of pop culture, keen observations, embarrassing personal tales and his nuanced take on all things music. “I’m going to talk to the audience how I would talk to my friends… I want them to be involved so I try and avoid the typical radio playbook,” he said.

The dude has an agile wit that transforms the usual jabber about such things as the Oscars or planning a wedding into absurdist tales peppered with hilarity and his own unrestrained, high-pitched cackle. “Lessons I took from Stern are: Don’t be afraid to try things and don’t be afraid to become intimate with your audience. There’s a lot you can learn from Howard without stealing any of his gimmicks,” said the DJ.

There is a not-so-under-the-radar intellectual bent to Cafaro’s banter too and the show often evolves into a hip communal forum dedicated to music. Through the buzz of social media and Cafaro’s role as wizened and often wacky facilitator, the real-time give and take with the audience puts some flesh on the bones of topics like Beatles covers that rival the originals or Nirvana’s place in the rock ‘n’ roll pantheon. “It all starts with my natural curiosity, things that just pop into my head… I always want to bounce it off of the audience to see what they think.” Throw in insightful and lively interviews with the likes of an Aimee Mann or Gregg Allman and The Morning Show with Anthony quickly becomes must-listen radio. 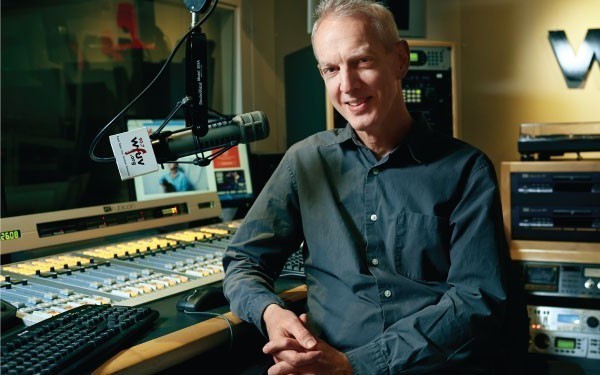 If enthusiasm were a vice then WFUV’s Corny O’Connell just might need an intervention. Not chirpy or unhinged, but with the clear-eyed fever for both music and his radio station, O’Connell sends velvet-laced adrenaline across the airways. “Some listeners think of me as that friend with the really big music collection who loves sharing what’s cool and new,” he said. While lauding the station’s custom of playing everything from Phoenix to Leonard Cohen, O’Connell said proudly, “We just don’t play variety, we are downright schizophrenic.”

Whether putting forth his “Question of the Day” (recent topics included songs that feature dogs to mark a highfalutin’ dog show and those mentioning “the first time” to celebrate—well you know) or tirelessly raising funds for the station, O’Connell maintains a playful seriousness. The non-practicing attorney uses well-placed descriptors to heighten the audience’s level of engagement. Dropping in “ominous” to describe Death Cab for Cutie’s “I Will Possess Your Heart” is one example of stealthily maximizing the moment.

“I do try to provide some context to the music I play, anything that will give some background or color or a way for the audience to relate to it,” said O’Connell. As with the well chosen word, the DJ who once dreamed of writing for Saturday Night Live is careful not to let his quick wit dominate the proceedings. “If I can get a laugh out of my listeners, that’s always fun, but I try not to force it. My sense of humor tends to be too dark for most people. At least that’s what my imaginary friend keeps telling me.” In O’Connell’s case, it is not only his judicious use of words, but a palpable excitement for his role and the music that speaks volumes.