Wherever you are in life—single, coupled up, having kids or headed for retirement—you may be looking for a new town in which to hang your hat. We know the places you most likely live now based on where we distribute (Gold Coast, Huntington, Garden City, Babylon, Hamptons…) and the census. But if you’re curious, about where to live, work and play in places that aren’t the usual suspects, you might consider these up and coming alternatives. 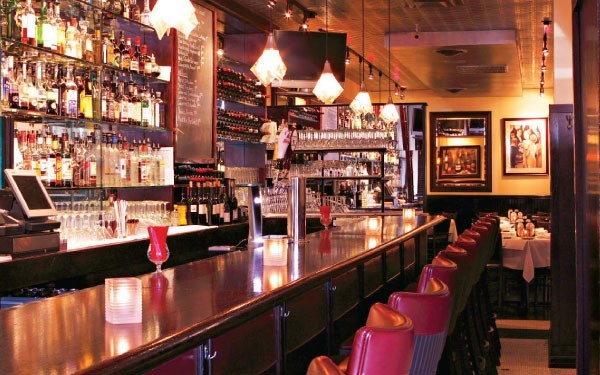 Here’s why: You’re looking for a vibrant, active town with plenty of nightlife, but affordable with a variety of restaurant choices and rental options in apartment complexes and homes. Quick access to New York City is also ideal for weekend fun and a must for those commuting there.

RVC’s one of the few Long Island communities with plenty of apartments— Avalon is one of the newest rental options, just three blocks from the train. One-bedroom apartments start at $2,375 a month for 725 square feet. About a quarter of the village’s residents are between 20 and 39, meaning the streets are busy from Thursday through Sunday. 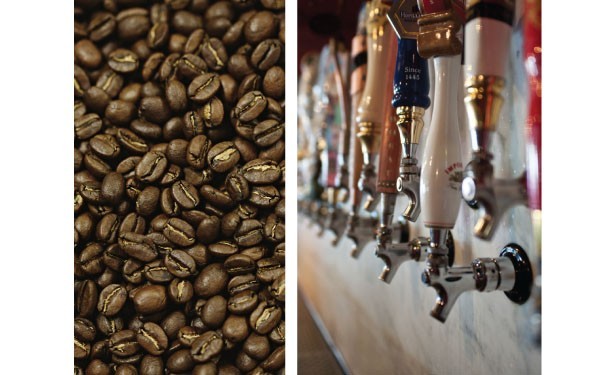 Recently referred to as an “urbanized suburb” by The New York Times, RVC has one of the most vibrant downtowns in Nassau County, offering dozens of bars and restaurants. Zagat rated Press 195 as a Best Buy for Long Island for its reasonably priced, inventive paninis and pub fare—plus, they host beer tastings and live music. Kookaburra Coffee, just around the corner from the LIRR, is a quick stop for coffee or a cozy place to linger over a warm mug. For a date night, Dino’s Italian is a reliable local favorite and there’s always the 25-year-old mainstay, George Martin The Original steakhouse. Croxley’s Ales, awarded an 89 by BeerAdvocate, is frequented by young locals and college students sating their thirst for craft brews.

There are plenty of other amenities too: six parks (including Hempstead Lake State Park), a recently renovated five-screen movie theater and about a 15-minute drive to Jones Beach. For some culture, indulge artsy inklings with year-round adult classes, exhibits and Wine Down Fridays at The Art Studio.

You’re: Dual-income, no kids (DINK)
You might live in: Plainview or Rocky Point
But you want to live in: Patchogue or Bay Shore 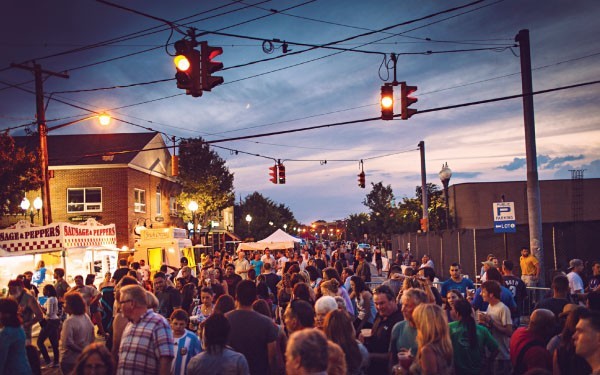 Here’s why: Couples want to enjoy the freedom that comes with some disposable income sans a screaming child and need a town that isn’t the typical suburbia. This means upscale to casual nightlife, cultural events, active lifestyles and opportunities to connect with other couples and friends. Affordable housing is still a priority, though you may be shopping for that starter home.

Patchogue has plenty for a young couple to do and with an average home price of about $302,000, it is one of the more affordable communities on Long Island. New Village, the recent four and five-story complex that opened last year, is offering city-style living in the heart of the village. Well-appointed modern apartments, fitness center, club room and communal outdoor spaces like the pool, fire pits and grilling area are just the beginning. The LIRR station is a 10-minute walk to catch a train for a little over an hour ride into Manhattan.

Main Street’s annual Alive After Five festival is a huge street fair featuring music, food and art in a walkable downtown. The art scene is exploding here; venues like Artspace Patchogue or The Gallery at 40 South have contemporary works and the Patchogue Theatre for the Performing Arts schedules music and theater shows, like the Patchogue Folk Festival, year-round.

Every July, the Great South Bay Music Festival brings in dozens of artists from around the country to perform right on the water at Shorefront Park. After that, enjoy a couples’ night out at the almost-nightly blues shows at Bobbique, or head to That Meetball Place, scooping out an array of unique orbs plus live music on Thursdays and Fridays and brunch on Sunday. For movie night, the Plaza Cinema & Media Arts Center shows critically acclaimed new releases in its 65-seat theater. Follow that discerning palate to the village’s wine bar, cheese shop, candy maker or Queen City Cupcakes—the name is a reference to the village’s nickname during the 1800s when it was the Hamptons of its day. 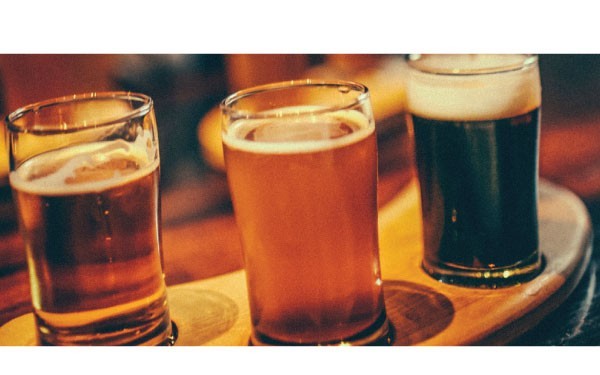 Another affordable town-by-the-sea is Bay Shore (the average home is about $333,000). Bay Shore has Benjamin’s Memorial Beach, for summer siestas Presents with friends, as well as the Boulton Center for the Performing Arts, which hosts music, comedy and theatre. Events throughout the year include the community St. Patrick’s Day Parade; the Annual Arts Festival by the Bay, a performing arts event which 30,000 people attended last year; the Summertime in the Park concert series at the Band Shell on Main Street; and for a workweek break, there’s the Brown-Bag Lunchtime Concert Series.

Since kids are not an issue, it’s nice to have several options for romantic outings. The Tula Kitchen hosts live music and has intimate, candlelit tables for two and plenty of small plate options. The Lake House is also an ideal date-night destination for upscale new American dining and waterfront views.

For a taste of something different, the beer is as fresh as can be at Great South Bay Brewery, which concocts dozens of artisanal craft beers and is the spot for early weekend meet-ups with friends or to grab a quick pint after work with colleagues during the week. Tullulah’s is an inventive small place for small plates in a speakeasy environment that doesn’t feel contrived.

You’re: Married, with young children
You might live in: Smithtown or Oyster Bay
But you want to live in: Jericho or Floral Park 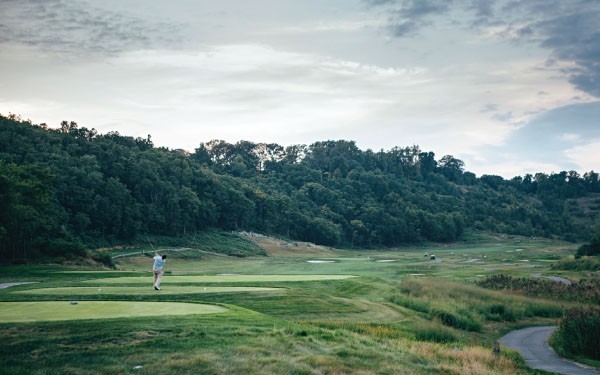 Here’s why: When kids enter the picture their education and safety become primary concerns. For those starting their families, getting home from the City or breaking free from the LIE in time for dinner is also a priority. Long Island is full of communities that offer these options, but there are some standouts.

Niche.com ranked Jericho’s school district second in the nation based on assessment scores, student culture and diversity, educational outcomes, health and safety and student reviews. Jericho High School has consistently been named one of the best schools in the country. U.S. News and World Report recently ranked it 13th in New York State and 71st in the country. All good news considering that a quarter of Jericho’s population is under 18 (which also means your kids will have plenty of friends to hang with).

The community has a high standard of living too: the average home price is just over $650,000 and the median household income is $138,602. For working parents it’s just a five-minute drive to the Hicksville train station, simplifying that commute. 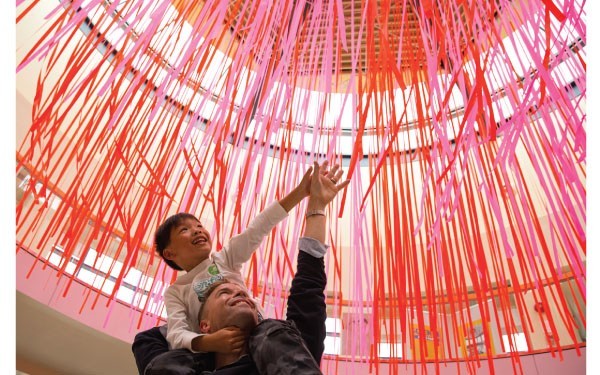 On that one night you hire a sitter and go out, try Nagashima, which is known around town for having great sushi and an inviting atmosphere. And if you manage to get some free time on the weekends, try the greens at Meadow Brook Country Club, which also hosts many different PGA events and tournaments.

If you value safety, then Floral Park might be the place for your family. It was voted the safest city in New York in 2011 by safewise.com, which analyzes the security of communities all over the country. The village’s I-Safe program teaches children the correct and responsible way to use technology, and the Setting Adolescent Values through Education and Deterrence (SAVED) program helps kids avoid drugs and other destructive decisions.

Floral Park Memorial High School, which serves grades 7-12, was ranked one of the top 20 on Long Island and number 53 in the state by U.S. News. The village also has a recreation center with lots of activities for kids and is working on building a new pool. Nearly a quarter of the people living in Floral Park are under 18. And the average home value is just under $520,000, keeping it within range of affordable living.

The village is a short ride from fun, educational outings like New York Hall of Science and Queens County Farm Museum, both in Queens. Family-friendly events are always going on at Nassau Coliseum in neighboring Garden City. And when mom and dad get a night free, Crabtree’s Restaurant offers white-tablecloth dining and classic Mediterranean cuisine in a garden patio setting. With kids in tow, Vaccario’s Pizzeria fi ts the bill for casual, trattoria-style seating and brick-oven pizza the whole family can enjoy.

You are: Empty nesters
You might live in: Dix Hills
But you should live in: Southold 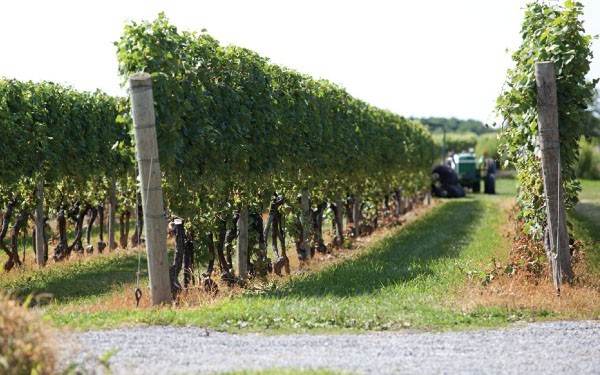 Southold has six vineyards right in town and others not far away. Image: Lynn Spinnato

Here’s why: That four-bed, two-bath house was great when you had three kids running around who needed to be centrally located. But now that it’s just the two of you, it’s pretty big and you’re paying taxes for all of it. A lot of couples decide to downsize and move to smaller houses or condos once the kids are gone.

There are lots of communities on Long Island for people who are nearing retirement. Southold doesn’t have the greatest school district on Long Island, but it does have quaint homes with room to stretch out (the average price is about $493,000 with taxes about $7,000 on a 3-bedroom home), a population mostly over 55 and plenty of places to go to keep things interesting. For the oenophiles, there are six vineyards in town that are fun destinations when guests or children visit and countless others in the vicinity. It works just as well when relaxing with a spouse or partner, feet up and glass in hand, taking in some live music. Breweries are also popping up on the peninsula, as well as inventive eating and shopping for art or other handiworks. 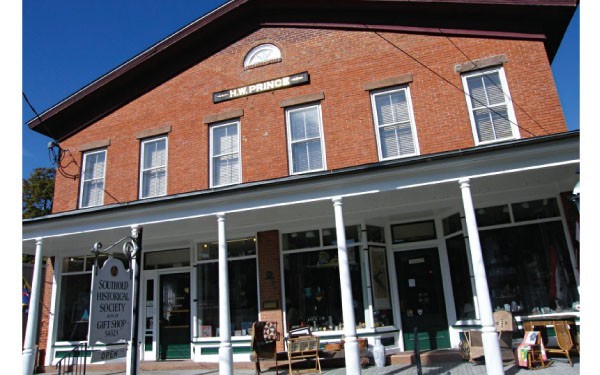 As one of the oldest communities here (it was settled in the 1600s), Southold is a great place for history buffs. There’s the Southold Historic District, with dozens of preserved buildings erected in the 1650s during the town’s settlement. Become a part of the diverse history as a member of the Southold Historical Society or explore its past in depth by visiting the Southold Indian Museum or Nautical Museum at Horton Point Lighthouse. The Custer Institute and Observatory is the ideal place to celebrate the lack of pollution—light, noise or otherwise—when the stars come out.

All the money you’re saving on taxes can be used for the gardener(s) who will keep that property looking beautiful, helpful for spending long afternoons on the porch rather than pushing a lawnmower. Ferries to Connecticut and Block Island make for easy diversions to neighbors either as day trips or longer. It’s one of the few places from which to get to the Hamptons without having to brave the traffic. And, perhaps best of all, nature’s bounty surrounds both on land and in the water.