Pivot is a relatively new cable channel, but has already made a mark for itself with shows such Joseph Gordon-Levitt’s “HitRecord on TV” and the Australian co-production “Please Like Me” as well as being the syndication home of fan favorites “Buffy the Vampire Slayer,” “Farscape” and “Veronica Mars.” These other series are decidedly lighter in tone to the recent British import that has made an indelible, dramatic impression on viewers. “Fortitude” may be one of the best dramas come out of the UK in the last year and perhaps the most prescient. 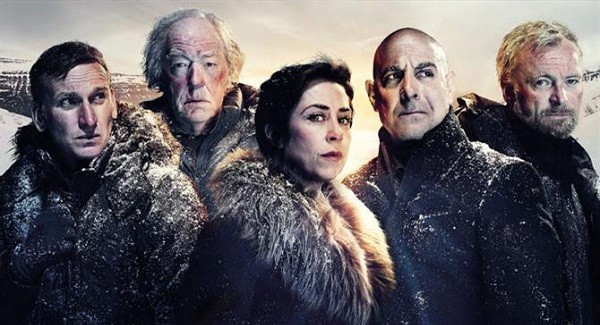 The series takes place in the fictional Arctic town of Fortitude, considered to be the most peaceful community on the planet as there has never been a violent crime committed there. A couple of gruesome things happen in fairly rapid succession at the very beginning of the first episode, both of them seemingly unconnected and random. Later, there is a murder and the arrival of a detective from afar. All of these things are and are not the mystery of the show, but they do provide the underpinnings of the thriller aspect. 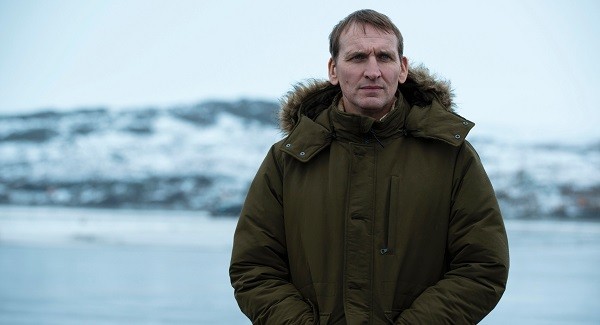 Created and written by the writer of “Low Winter Sun,” Simon Donald, “Fortitude” boasts an impressive cast. Michael Gambon and Christopher Eccleston are the two most widely recognizable Brits in the cast, but you probably will also know Richard Dormer and Jessica Raine as well. Sofie Gråbøl, who starred in the original Danish version of “The Killing” makes her UK television drama debut as does well-known American actor Stanley Tucci. The cast only gets more eclectic and diverse from there. As is the norm in British television, a lot of the performances are understated and subdued, but remarkable all the same. 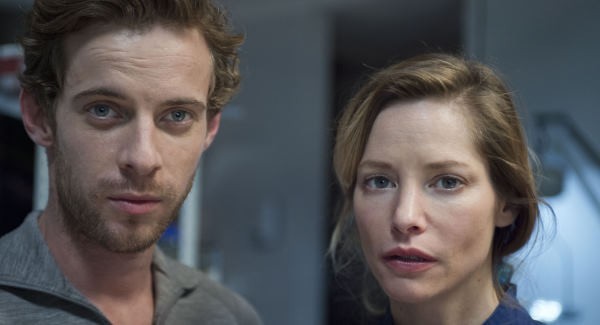 It’s difficult to really talk about the story without revealing much of the twists and turns that happen along the way. I may have been a little misleading in the title by calling it a murder mystery. It is in the beginning, but slowly peels that layer away to reveal more of a psychological thriller lying beneath. The characters, their motivations and their development are absolutely what make this story so compelling and ultimately satisfying. The story itself might not completely hold up well if it wasn’t presented so earnestly by those involved. 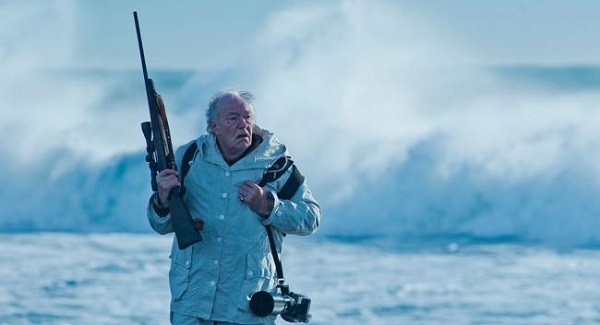 That isn’t to say that Donald’s scripts are week unto themselves. Much of what ultimately transpires is based on actual science and a very real threat to our planet. Whether you believe in it or not. But there are a few liberties taken for the sake of the drama that lesser actors would fail to convey so compellingly. Also, each of the directors involved does a yeoman’s job of portraying the contradiction of a frigid landscape against the warmth of a tight-knit community while both are threatened to be torn apart or at least moderately frayed at the edges.

The season finale of “Fortitude” airs this Thursday on Pivot and I’m certain that by the end of it you will hoping for a season two as much as I am. The channel will be offering many chances to catch up on past episodes over the next few days and it’s almost certain there will be a marathon or at least ample repeats in the near future. This is a slick thriller that defies expectations and deserves a place amongst the very best of British Drama.