Photography as an art form has come a long way since its invention as a medium nearly two centuries ago. These days it seems like everyone is a budding photographer. Smartphones and apps such as Instagram have made it easy to quickly snap and share. And yet while the popularity of digital photography has made it so that kids born today will probably never know a camera outside of their phones, let alone a film camera, the debates over whether digital photography is an art form are reminiscent of the debates film photographers had in the 1800s.

“We’re on the verge, in the next few years it will become more widespread,” Harold Naideau a digital photographer and professor at Suffolk Community College said. “People are fascinated by it, it makes you stand out a little bit more.”

The first museum dedicated to digital art, the Austin Museum of Digital Art, hasn’t even been around for two decades. While the museum recognizes any art that is “product, process or subject,” it was not even two years ago that the first major commercial sale of digital art took place. The Phillips Paddles On! auction in the fall of 2013 brought together works of art by artists using .GIFS, digital paintings, printouts and sculpture with the art selling from $800 to $16,000.

“Photoshop has become a negative term,” Long Island artist Mac Titmus said. “I’m not sure digital art gets the respect in the art community it deserves. I hope in some ways my art brings more respect to the art form.” 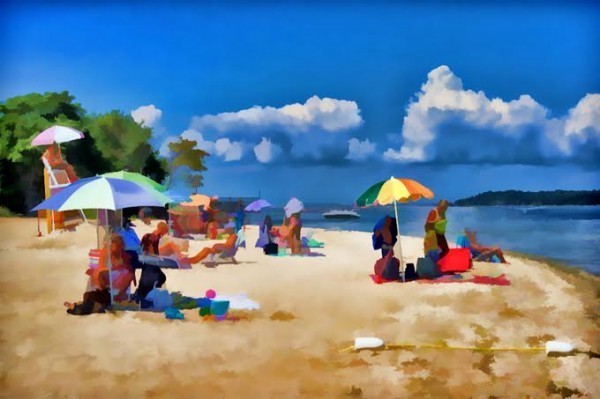 Titmus is one of a growing number of Long Island artists that are pushing the digital art medium. He’s been a photographer for more than 30 years and a digital one for 20. Titmus calls his photography digital fusion, if he must. He doesn’t like to define his art, finding labels limiting.

Titmus spends month developing photographs on his computer, which he sees as his paintbrush.

“It’s like having a sophisticated darkroom on the desktop,” Titmus said.

Gordon sees the desktop computer in a similar light.

“I’ve been a painter all my life I’m just painting with my camera,” Gordon said. 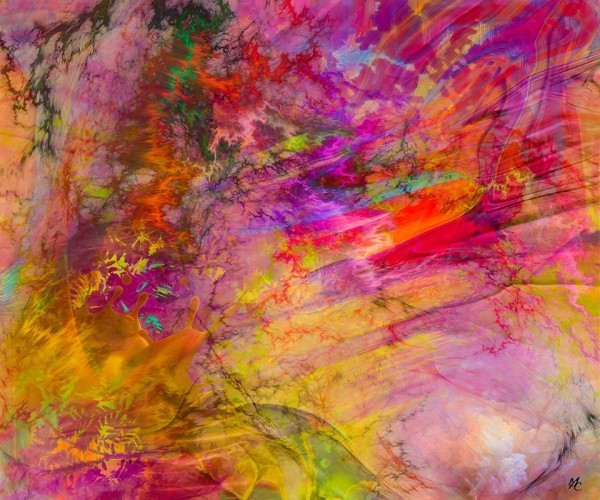 Abstract of Rhythm and Motion by Mac Titmus

She calls her art, if she must label it, beyond photography.

“Each image is a new trip determined by an intuitive choreography between my mind that is filled with art history and painting and eye and the camera is the conduit to what is beyond the lens in inside the mind,” Gordon said.

It’s not just the darkroom editing, manipulating, creating process digital art has changed but also the physical printing. Naideau finds the printing process another way to approach digital art. He prints his photographs at Duggal Visual Solutions often on metal aluminum, which he did a series of old rusted cars on

“The aluminum shows through, and it gives the photograph a very interesting look.” 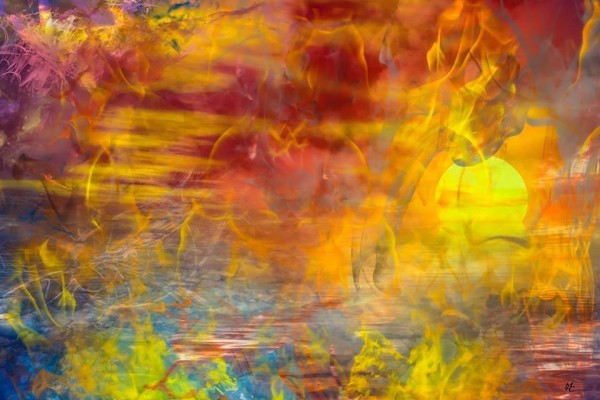 He’s also printed on wood and has seen although not yet experimented with, photographs printed in smoke and mist.

“It’s something that you could never do before and it determines what I shoot,” Naideau said. “I like to know how I’m going to print a photograph before I take it.”

Despite their different approaches to digital art all are hoping to bring more respect to the medium something that Arelene Thek, President of the North Shore Art Guild believes will happen but with time.

“With the technology we have and the talent that is coming out of the universities I believe that digital design will be more and more incorporated into art work and it’s the artists that will continue to move forward and morph the medium,” Thek said.

On the Island Thek said artists showing digital art often find it hard to describe their work because it’s so new that it often blurs the line between fine art and photography and what art can be. But she thinks that what gives the art form credibility is the artists.

“It’s is a recognized art form, but I think what gives it credibility and what makes us interpret it as art is when the artists conveys something it’s more about the artists than the medium,” Thek said.

It’s just not moving fast enough for the artists.

“I am in a rush to see digital photography become recognized, respected and accepted as a viable art form unto itself and not a step-sister to other art forms,” Gordon said.

All are just trying to figure out where they belong, labels aside.