Since the beginning of the year I have been highlighting the shows and episodes that are worth your time each week. This time I’m shaking that up a little bit as I take a look back on a series that has just ended. TV shows are cancelled all the time, but it is not very often that they get choose the time of their ending, much less go out on a high note. “Justified” has clocked its last hour, but provided perhaps one the finest, most satisfying final episodes of all-time. 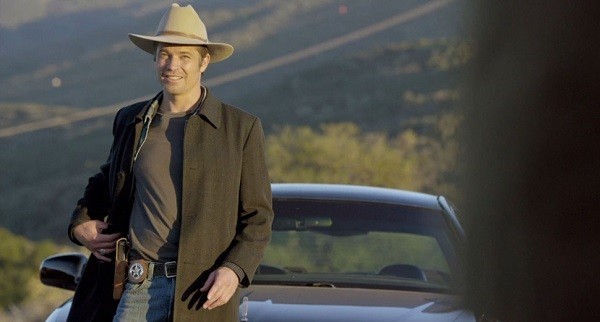 Based on the short story “Fire in the Hole” by the late, great Elmore Leonard, “Justified” set itself apart from the very beginning. Graham Yost developed the story for television and has been the showrunner for the entire six season run. Timothy Olyphant stars as the main antagonist, Raylan Givens, a US Marshall with 19th Century lawman sensibilities trying to wade through 21st Century crimes. His Wild West styled, yet wholly justified, killing of a mob boss in Miami gets him reassigned to Eastern Kentucky which contains his hometown of Harlan. 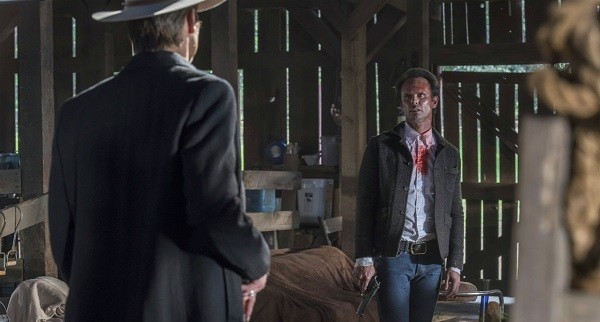 Those events occur at the beginning of the pilot episode and proves the old adage “you can’t go home again.” Every encounter with family and friends of old only serves to make Raylan a fish moving ever further from water. The first case that Raylan picks up involves a murder with the chief suspect being a childhood friend of his, Boyd Crowder (Walton Goggins). Boyd and Raylan used to work the local coal mine together, but whereas Raylan left town and took up dishing out justice, Boyd stayed home and became a master criminal. The one-time friends facing each other down from opposite sides of law basically forms the backbone of the show for the next six years. 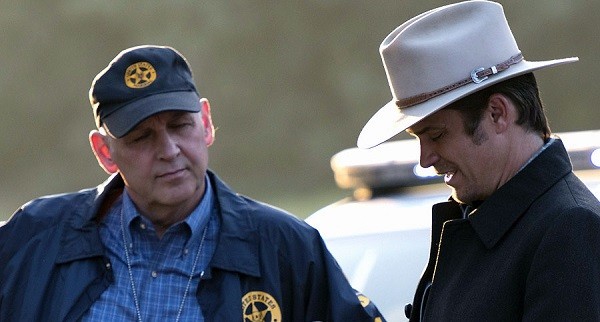 The combination of a showrunner with a clear vision, a stable of writers and directors that channeled the writing style of Elmore Leonard and actors who embodied singularly unique and larger than life characters all made “Justified” one of, if not “the”, most consistently brilliant shows in the history of television. Over the course of seventy-eight episodes, there isn’t one hour that feels unnecessary or out of place. The writing has always been sharp and the storylines have always been unpredictable. The series often took unexpected turns that sometimes bordered in the absurd, yet never felt out of place in the world depicted each week. 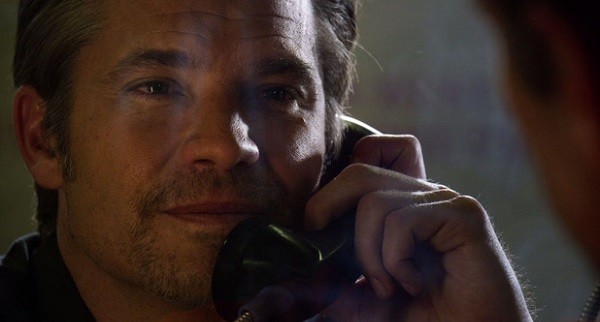 Interestingly, “Justified” reminds me a lot of an earlier series that starred Olyphant as a lawman, “Deadwood.” Both shows had very distinctive tones and dialogue that had a very specific cadence that made them almost Shakespearean in quality. The earlier series was very much set in the American Wild West and featured an ongoing conflict/begrudging respect between a lawman and local prominent crime boss. It would be easy to imagine Raylan Givens and Boyd Crowder as descendants of Seth Bullock and Al Swearengen, respectively. 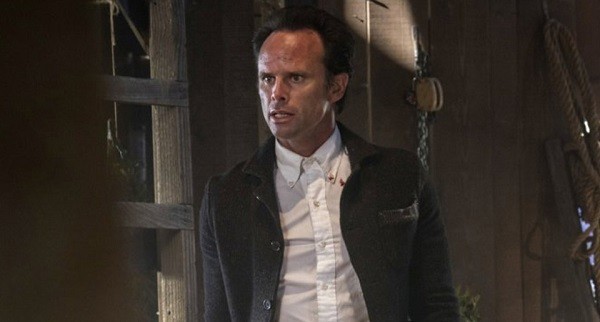 While it is difficult to say goodbye to a beloved show, it strangely felt like the right time for “Justified” to ride off into the sunset. Not that it had dipped in quality at all, in fact it really felt like it had hit its stride. But that is the perfect time for a series to stop. Rather than being escorted from the stage, Graham Yost and those responsible for the show chose to take the unpredictable route and have Raylan close the case that started the entire series. That they were able to do so in a wholly satisfying way that not only held true to the premise, but also honored the story’s creator is actually not all that surprising. After all, they gave us the best television ever for thirteen weeks each year. The bar has been raised, let’s see who tries to top it.