These are not the days when Matt Hetterich could fish through the night, sleep through the morning, and then head into work at Rocky Point Fishing Stop after 2pm. He is awake at 5am now, gluing the corks of handles together, filling out business proposals, his overworked eyes trying to distinguish the black and blue threads on the custom fishing rod he is building.

By 8am he is driving to his day job where he is a business development manager at a home healthcare agency in Kings Park. And if he is home by 6 pm, after dinner and an hour of rest he is down in his basement shop again, chasing the perfect rod and his dream of building them full time.

It’s a frenetic life for Hetterich, 31, who started crafting custom rods professionally and incorporated Eastern Rodworks Inc., last year. He sleeps five hours a night, fishes three or four days a week in-season, when he used to almost daily, and sometimes gets texts from his wife saying it’d be nice to, you know, talk to him every now and then.

The balance is so delicate that a run of orders—his rods start at about $350 and may hit $1600 each—can come as both a thrill and an upheaval. 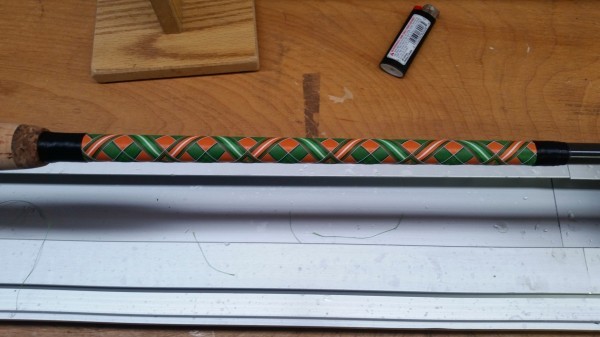 “It’s good because I’m excited and business is going and I’m like, ‘All right, I’m building more rods, I have all these orders now,’” Hetterich said. “But I’m also like, ‘Ok, well, I’m getting up at five in the morning to work for two hours to then get ready for my normal job, work 9 to 5, get home by 6, and then come home and do two, three, four, five hours worth of work at night, and then repeat.”

Basement shops, orders from social media, the trade scattered between a hobby and a profession, this is custom rod building in the 21st century. Up until the 1970s, just about the only craftsmen in the game were bait and tackle storeowners, who mostly guarded even the basics like trade secrets. Those owners seeing rod building classes as new revenue streams brought the craft out of their shops, and then the web carried it to anyone with the interest and the Internet.

“Just like with anything else now, everybody’s a rod builder,” Hetterich said. “I would love to be able to do this full-time, but you’re also competing with somebody who’s just starting out that says, ‘Instead of charging $350, I’ll charge you $250.’”

Tom Kirkman, the editor and publisher of RodMaker Magazine, estimates that of the 35,000 custom rod builders in the U.S., 34,000 of them are probably strictly hobbyists.

Hetterich, in many ways, is a bridge between the generations of custom rod builders. When he was 12 or 13, his dad bought him a gift certificate for a rod building class at the Rocky Point Fishing Stop. The store’s owner, Stan Hentschel, expected a seasoned twenty-something fisherman. What Hentschel got instead was a teenager with a keen interest and meticulous nature. If Hetterich wasn’t satisfied with a decorative wrap he’d sewn onto a rod, he wouldn’t hesitate to knife it off, no matter how many hours it cost him. 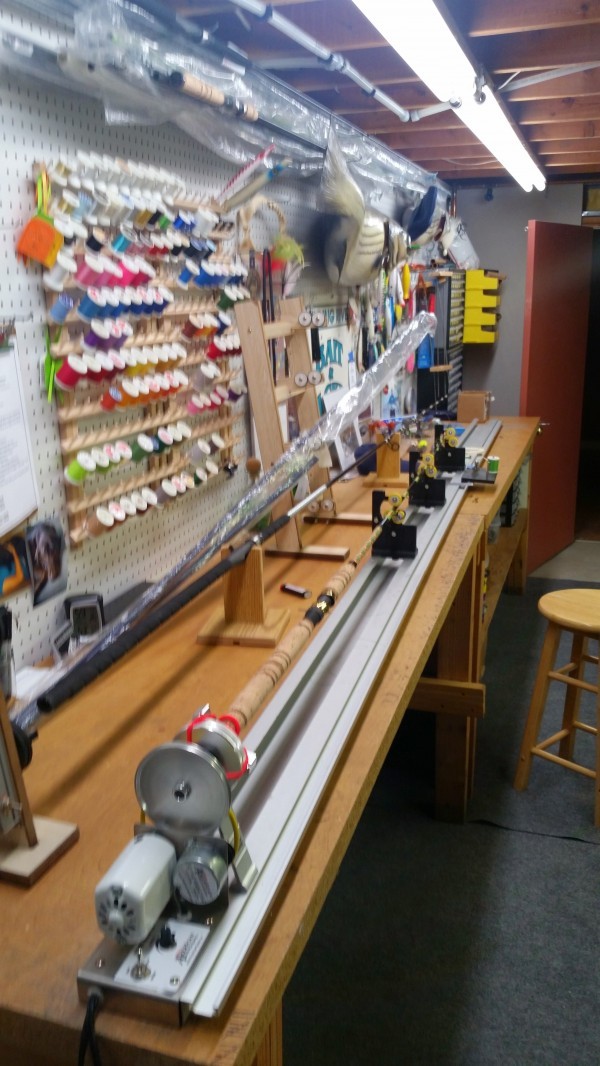 Hetterich remembers struggling in those early days, but he got a job at bait and tackle store in Wading River and practiced there through college, improving steadily. After he graduated, Hentschel convinced him to work at the store in Rocky Point, over Hetterich’s objection that a gig in rod building and bait and tackle sales wouldn’t qualify as a career.

It’ll be five years in September since Hetterich left the shop for a job at the healthcare agency. Hetterich believes he has carried with him some of the lessons from those days. But Eastern Rodworks is also a modern operation, especially in how Hetterich plies the trade online. Hetterich said he cashes twice as many orders from his Instagram and Facebook pages than even from his website. He’s had orders from Massachusetts, California, Virginia and Florida. One of his latest jobs found him through a guide in Panama who mentioned to a vacationing couple a friend in the rod business on Long Island.

Every rod Hetterich makes, he believes, propels him further from rod building as a hobby and towards a career.

“I know I can do it. I just need to keep going at the pace that it’s going,” Hetterich said. “I want it to be as seamless as possible.”