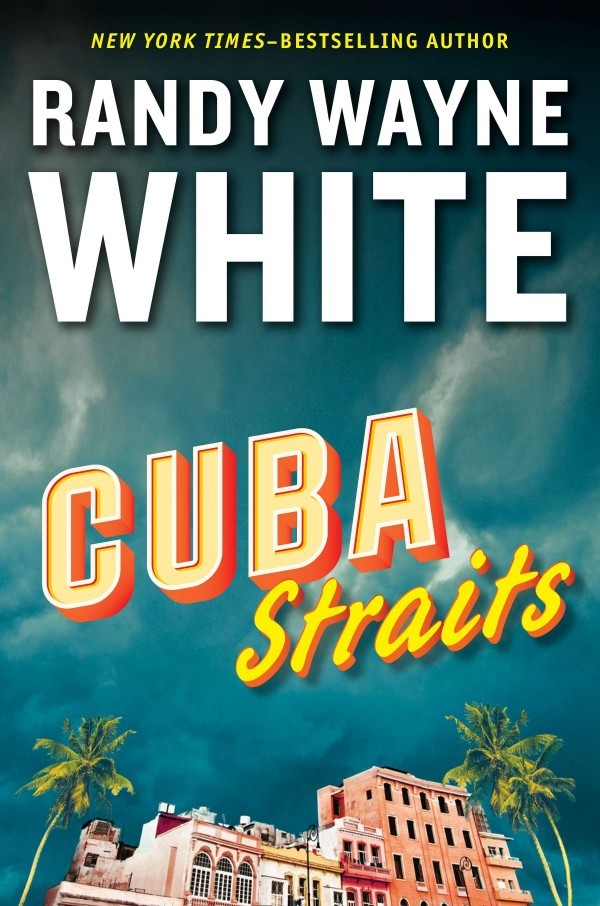 It was not where you put it last.

How many hours – days? – of your life are wasted looking for something you can’t find? You spend so much effort searching for that which isn’t where it’s supposed to be – and what’s worse, as you’ll see in the new thriller Cuba Straits by Randy Wayne White, is helping an old friend whose search could cost more than just time.

Marion “Doc” Ford had a lot on his mind.

Recently, on the same beach, the marine biologist found an unusual turtle and a beautiful woman. He freed the former from ocean debris, spent the night with the latter, and could get neither out of his mind, which is why he was barely listening to his buddy Tomlinson prattle about baseball.

Ford was even more distracted when he spotted someone he never thought he’d see again, sitting in the bleachers.

General Juan Simόn Rivera had once tried to kill Ford but they’d recently managed to forge a shaky sort of friendship. Ford knew that Rivera had taken a risk in coming from Cuba to

Florida, so whatever he wanted had to be big.

But the General only wanted a favor from an old friend.

Rivera had figured out a way to smuggle Cuban baseball players into the U.S. , but he’d lost a shortstop. Not lost, exactly; the player wandered away, and had taken with him a briefcase with which Rivera had entrusted him. Rivera needed Ford’s help to find the shortstop and, though he wouldn’t exactly say why, he also wanted Ford to travel to Cuba , too.

Finding the shortstop had been simple dumb luck: Tomlinson, who lived for baseball, stumbled upon Figueroa Casanova in a park, and they’d bonded over the game. Casanova claimed that he hadn’t looked in the briefcase – but Tomlinson did, and he realized that a lot of people would be looking for its Castro-era contents.

Though Casanova had a reputation for being insane, Tomlinson learned that it was a ruse; the little shortstop was on the ball more than anyone thought. But why did Rivera want a bunch of sixty-year-old letters and how were they tied to the murders of three little girls? In answering those questions, Ford found big trouble…

Let’s put this on the table first: “Cuba Straits” is anything but straight.

Though readers will find a good bunch of thrilling moments in this novel, there’s also a lot of convoluted plot-twisting, far-fetched clues, torturous red herrings, and maybe one or two side-plots too many. I have to admit that the thriller parts were heart-pounding and I quite enjoyed the ruthless evil killers, but the books’ other facets made the story often hard to follow.

I don’t know, therefore, that I can recommend this book for anyone but fans of author Randy Wayne White’s Doc Ford. For sure, if you’re new to this series, this isn’t the book to begin with. Instead, pick up one of the earlier books in the series and start there, because “Cuba Straits” may only make you lost.