Legendary paddleboard designer Joe Bark and his son Jack will be on hand for the Fifth Annual Race for the Baykeeper, on Saturday, May 9. The duo will host a team paddle and meet and greet on Friday and teach a post-race paddle clinic on Saturday. 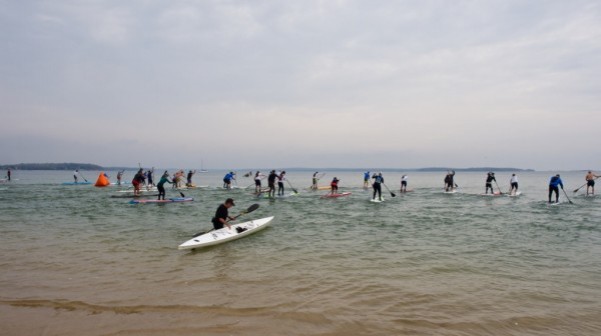 Image: Wayne Cook
Pat Perez of Peconic Baykeeper hopes this will entice more elite racers to come out in addition to people just hoping to learn a thing or two about the sport.

“They’re well known for those who are really into the sport. They know the brand,” she said of the Barks, who own Bark Paddleboards. “They’re unique.”

Race for the Baykeeper started as a casual, two-hour paddle in support of Peconic Baykeeper’s clean water programs back in 2011. In the years since, the event has transformed into the premier early season paddle race on the East Coast.

The race, now called Race for the Baykeeper, will be held for the fifth time Saturday at Havens Beach in Sag Harbor, and it has evolved once again with the addition of the Barks.

“It started as a modest nature tour with the [Peconic Baykeeper]. As standup paddling became popular and racing was starting to evolve, we thought a race was the appropriate event to get behind,” said Rick Drew, who works for Main Beach Surf + Sport and helped to conceptualize the idea of Race for the Baykeeper five years ago. 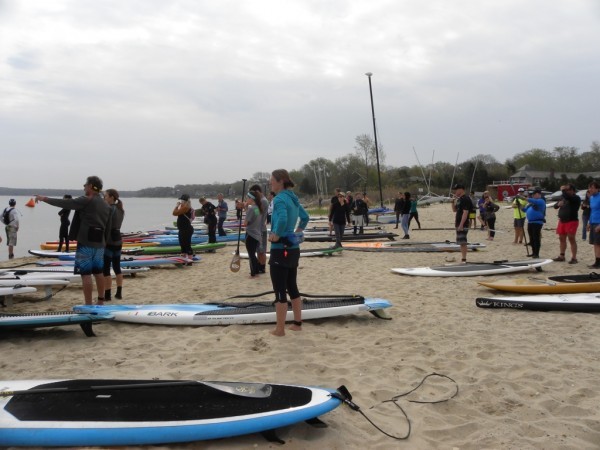 Image: Wayne Cook
The event has changed, but the true reason for holding it remains the same: Raise money for Peconic Baykeeper’s clean water programs.

The athletes need the water to compete in their sport. Main Surf + Sport needs the athletes to remain in business. Their continued support of Peconic Baykeeper’s clean water initiatives allows the organization to continue to educate the public, thereby preserving the water.

“We have one-of-a-kind clean water programs,” Perez said. “Our education and outreach program has been growing. The more you’re able to educate the public, the more they’re about the take part in bettering the community.”

People can also view the movie “Date with the Strait,” a documentary that follows the world-record paddle of Jack, Zeb Walsh and Brad Gaul from Mainland Australia to Tasmania
Main Beach Team Paddle with Joe and Jack Bark
May 8
Havens Beach, Sag Harbor
8:30 to 10:30am