The month of May is just beginning, but it marks the end of the season for most currently airing TV shows. This is also the month when many series’ fates will be decided as the broadcast and cable networks announce their fall schedules in about a week. While we wait to see what the fates, or at least network budgets and studio contracts, decide it is time to highlight a few season finales worth paying attention to. This week I look at an old favorite.


“Person of Interest” has always been an evolving show, changing each season while retaining its core premise. Each week, our group of heroes are given a social security number by a mysterious machine, a number that belongs to a person who is either about to encounter danger or cause it themselves. Ninety episodes later this is still the backbone of the show, however the threats to our group of vigilantes and the roadblocks in the way of their cause have grown more and more extreme and deadly. 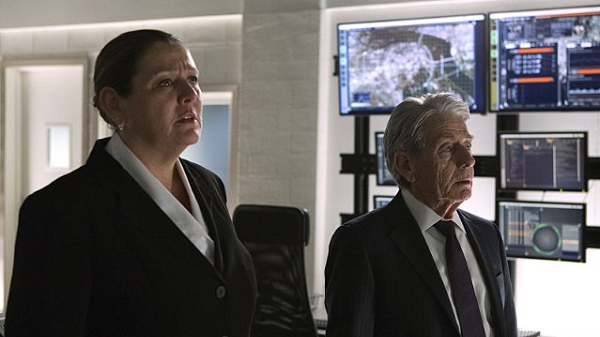 This year, Reece (Jim Caviezel), Finch (Michael Emerson), Fusco (Kevin Chapman), Shaw (Sarah Shahi) and Root (Amy Acker) have had to contend with a smarter, more invasive computer that is not only trying to track them down and murder them, but also wants the location of their computerized benefactor. Evading Samaritan and its human agents has grown increasingly more difficult throughout the season. Even as Team Machine is still smarting from the death of an ally last season, a few weeks ago Shaw was captured and, for a while, presumed dead. 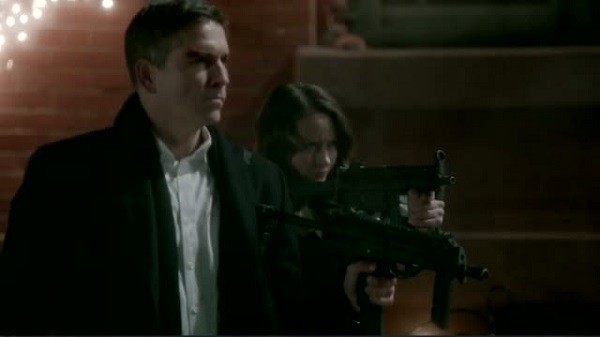 The search for Shaw, the growing conflict between gangster Dominic (Winston Duke) and would-be crime lord of New York Elias (Enrico Colantoni), the whereabouts of the benevolent Machine and the growing dominance of malevolent Samaritan in controlling the city and the world all comes to a head in the season four finale. Now that the Machine has learned the lesson of compassion and revealed its location in order to save Root and Finch, we’ll see how far our heroes are willing to go to save it. What happens when man versus man and machine versus machine gets all muddled and who will be left alive/functioning when it’s all over are some of the big questions that may or may not be answered Tuesday night. 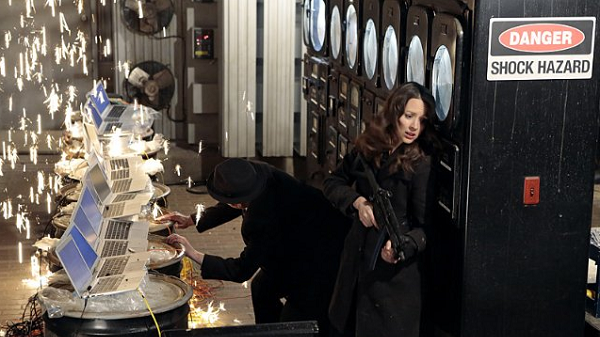 Will we lose some more main characters? Will the criminal underworld of New York City finally have a reigning champ or be plunged into chaos? Will Samaritan finally seek-locate-destroy the Machine and seize control of our everyday lives? Tune in, but don’t expect definitive answers to all of those questions. In fact, I suspect there will be some dangling plot threads to make the wait for September nearly unbearable. 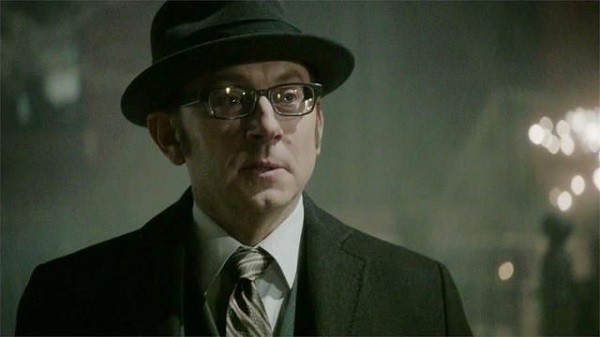 It’s no secret that “Person of Interest” has struggled with ratings this season. Maybe you can shake up a show too much, but being daring and bold is in the DNA of this series. I hope it gets a slot on CBS’s fall schedule because what happens to the persons involved here is of great interest to me and many loyal fans.