Rhythm is part of everything Matt Marshak does. The jazz musician travels the world sharing his sound and love of jazz, and when he’s home in Riverhead he’s still playing and sharing his music, performing in Long Island schools.

In the decades since he began playing, Marshak has recorded eight albums, including the recently released Lifestyle and become on the country’s top jazz guitarists. Through it all, two things have remained constant. His love of rhythm and home.

“Long Island is home to me,” Marshak said. “I love the East End, the vineyards, the open spaces.” 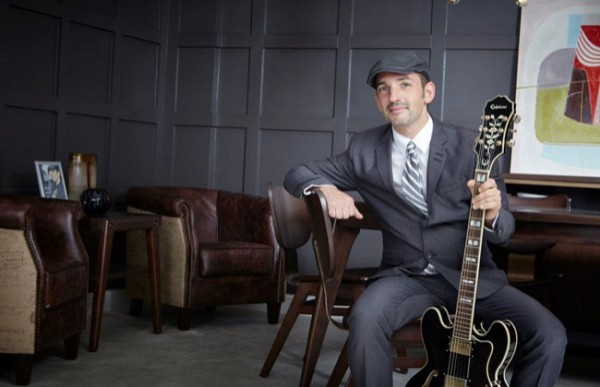 His latest project combines those loves in a new furniture line from Pulaski Furniture appropriately named Rhythm & Home. The unique project came about through Marshak’s music. Every year, he does a concert in North Carolina where he said he’s developed a fan base. An advisor of Pulaski Furniture is one of those fans and Marshak received an email and phone call about an idea to do a furniture line.

“Seeing it from the initial concept to now has been an amazing experience,” Marshak said. “They had a great vision to build this furniture around the concept of jazz and my music.”

The complete line includes more than 70 pieces of bedroom, dining, occasional and upholstery furniture. There’s a round pedestal dining table and a small pub table with a manhole-inspired surface and a metal base. A panel bed with a button tufted leather headboard whose fabric frame resembles the material found on guitar-amplified speakers. The pieces are a mix of contemporary and urban but always comfortable. Marshak believes the line brings together his love of family and home with his passion for music.

Home is something Marshak will likely be missing as he continues to promote Lifestyle and gets ready for the busy season of jazz festivals. He’ll be performing locally at the vineyards in August, though, and when he is home he’ll be spending as much of his time fishing and at the beach with his family as possible. Simple things. 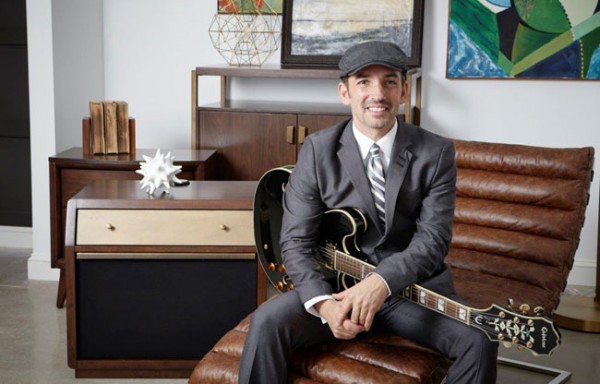 Marshak it seems always returns to his Long Island roots no matter his success and his music has followed a similar path. His first albums were full of live music but later on they took a more tech feel, but with Lifestyle he returned to that live music feel.

“My music hasn’t so much as evolved as it’s come back to its roots,” Marshak said.