In 2013, 49.1 million Americans, roughly 14 percent of households, were food insecure, according to Feeding America. On Saturday, May 9, Long Islanders have the chance to make the question, “What’s for dinner?,” a little easier for some of those households. U.S. Postal Service letter carriers will collect food when they deliver the mail on that Saturday in what is being called the nation’s largest food drive. 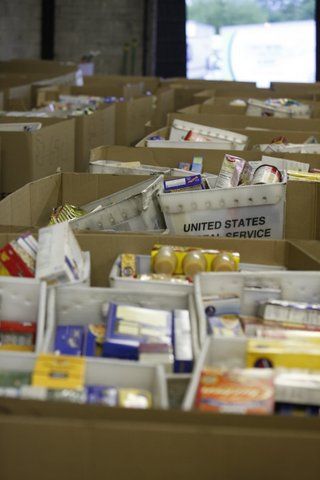 Boxes of food from a previous Stamp Out Hunger Campaign. Image: Island Harvest
“While the letter carriers do all of the day’s heavy lifting, Stamp Out Hunger makes donating easy,” President and CEO of Island Harvest name? said. “All people have to do is leave their donation by their mailbox. Our goal is for every family to donate something and let their letter carriers do the rest. It’s that simple.”

Island Harvest is the Long Island region’s sole recipient of the National Association of Letter Carriers (NALC) and the U.S. Postal Services “Stamp Out Hunger,” Food Drive. On Long Island, the food collected will go to Island Harvest’s network of 570 member agencies that support 316,000 Long Islanders each year.

“We couldn’t be more pleased to be working with the NALC and Island Harvest to help make a difference on Long Island,” Lorraine Castellano, district manager, Long Island, U.S. Postal Service said. “This year, we have 2,219 carrier routes that will be participating in the Stamp Out Hunger Food Drive to benefit Island Harvest, an effort that will certainly touch many lives.” 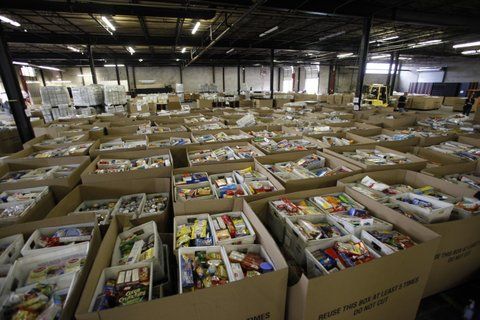 “This is it,” Dresner said. “The day to make a difference. If ever you’ve thought about helping your community, the time is now. Be a part of something big.”