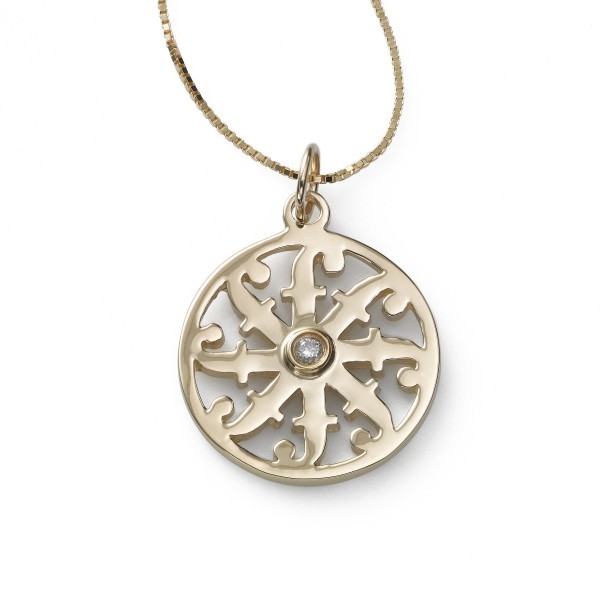 It’s a belief that was instilled in the Chief Merchant of Fortunoff at a young age and inspired her Friendship is Forever line. She donates 20 percent of the purchase price on each bought item to the Safe Center, an organization that serves survivors of childhood and domestic violence.

“That’s a cause, frankly, that most people don’t want to talk about, so I figured I’d contribute something there,” Fortunoff said. “I had seen the work that they did and met survivors of domestic violence and I was just very impressed with what was being done on Long Island.”

Fortunoff’s belief in women was her catalyst in 2010 when she restarted Fortunoff Fine Jewelry after it went bankrupt and closed about a year prior.

“I was very lucky in that it was a family that liked to work and had a very strong sense that women could do a great job as well as men,” Fortunoff said. 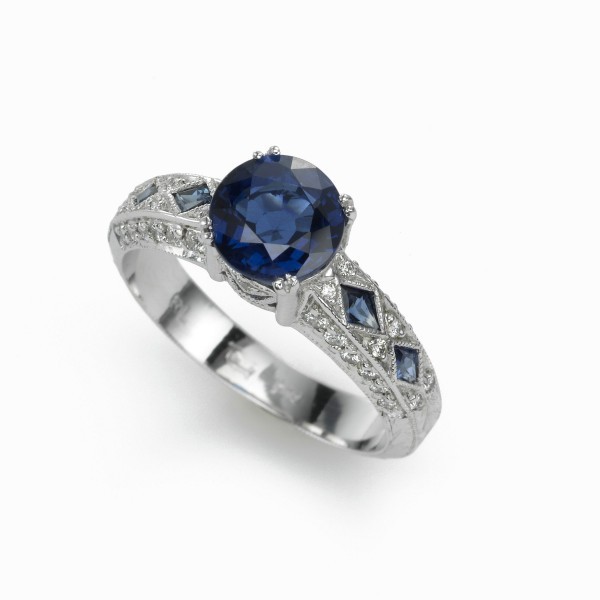 Platinum and diamond ring with genuine sapphire and vintage style mounting. Designed by Esther Fortunoff
In 1922, when her grandmother, Clara, founded the retail company Fortunoff with her grandfather, Max, it was considered progressive. All three of their children worked for Fortunoff and brought their spouses, too.

“We’ve been a family that’s believed that women have a lot to contribute and can do both, have a family but also work,” Fortunoff said.

Helene, Fortunoff’s mother, founded the jewelry division, had her and passed along the same women-can-do-anything mentality and a business-savvy mind, too.

“[She taught me to] trust my gut instinct,” Fortunoff said. “Don’t neglect certain types of styles because you don’t like it. I would say that was a good lesson in jewelry.”

Jewelry was a passion Fortunoff and her mother shared, but her mother was clear: It’s a business.

“Another good lesson was really just how focused you had to be in business to do well and how really it was serious stuff,” she said. “We always had to analyze what was sold and look at the numbers. She taught me how to be a very good business person.” 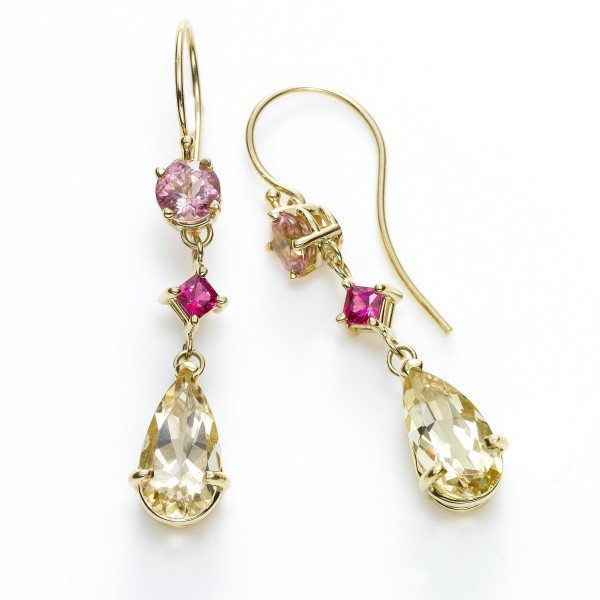 “The advice I give to young women starting their careers is to learn the numbers and to analyze and to learn very deeply from the ground up,” she said.