During World War II, scientists at the Cold Spring Harbor Laboratory increased the amount of penicillin that reached America’s troops by isolating a concentrated strain of penicillium that produced more of the crucial antibiotic. By the 1980s, the lab was deeply involved in fighting cancer and finding new ways to treat brain-related diseases like Alzheimer’s and autism.

In 1975, Kanti R. Rai and his colleagues devised the Rai staging system, an important tool used throughout the world to diagnose and treat the most common form of leukemia. At the Feinstein Institute for Medical Research in Manhasset, part of the North Shore-LIJ Health System, scientists are experimenting with small nerve-stimulator implants rather than using drugs to treat conditions like arthritis. These researchers are among the many on Long Island who have made medical breakthroughs here that benefit people locally and worldwide. They form a web of dedicated guardians of our health, enriching the medical sciences with their work. 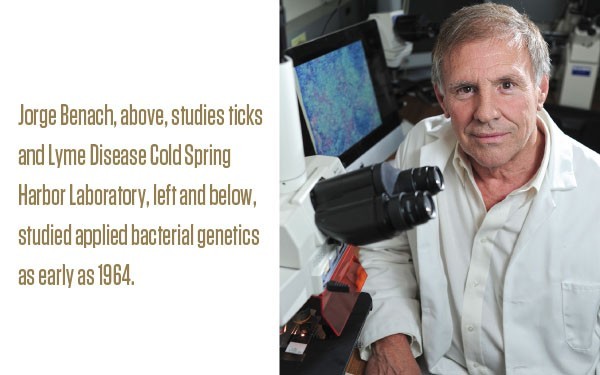 Take, for example, the adventures of Jorge L. Benach of Stony Brook University. For nearly a decade beginning in 1972, Benach visited Shelter Island regularly to search for ticks. “The best way is to drag a white cloth over low vegetation, then pick them off the cloth,” he said. He and his colleagues wore light colored clothing and occasionally shorts, so they could easily see and remove ticks that latched onto their legs.

Benach wasn’t just tempting fate or engaging in an odd form of recreation. He was doing important research that led to treatments for Lyme and other tick-borne diseases. He was brought to Long Island by the New York State Department of Health because there was an outbreak of Rocky Mountain spotted fever on the East End at the time, but he soon turned his attention to Lyme disease and became involved with the laboratories at Stony Brook.

Now Benach is a Distinguished Professor there, chairman of its Department of Molecular Genetics and Microbiology and director of its Center for Infectious Diseases. He still studies ticks, but has other people, like students, who gather them. Thanks in great part to his work, Lyme disease, which can lead to joint pain, facial paralysis and other symptoms, can be managed with antibiotics. 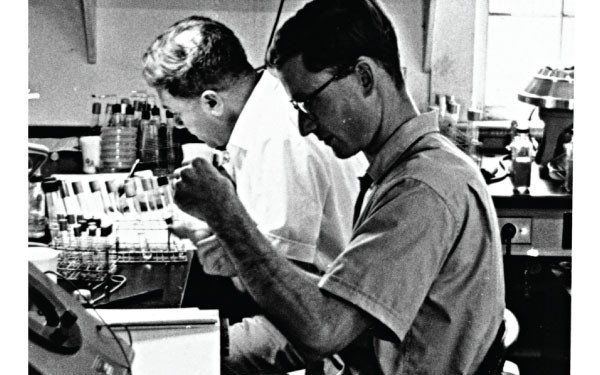 Benach pointed to the work of one of his Stony Brook colleagues, Eckard Wimmer, who came to Stony Brook in 1974 and chaired the microbiology department from 1984 to 1999. Wimmer has helped to eradicate polio. “A lot of the work he did was seminal to the construction of the vaccines,” Benach said. And he hasn’t stopped: “He’s working on new formulations of the vaccine.” Another Stony Brook scientist, Erich R. Mackow, has done important work with hantaviruses and dengue virus, organisms that cause blood to leak within the body and have caused problems worldwide. (Ebola is a similar virus.) In 1995, Mackow co-authored a paper on the link between a hantavirus infection that caused the death of a Long Island man and the white-footed mouse, also known as Peromyscus leucopus. The paper cites a search for the culprit on—once again, that hotbed of disease and little critters—Shelter Island. Described in academic terms: “We collected sixteen rodents (each P. leucopus) from Shelter Island and determined that four were seropositive for hantavirus.” Mackow and his colleagues have moved on from setting traps for mice, but they continue to study ways to reduce the lethality of these virulent diseases.

Mice also figured in research done by Christopher Czura at the Feinstein Institute, where he is also vice-president of scientific affairs. He and his colleagues injected anti-inflammatory drugs into the abdomen of mice to see how well they worked, before moving on to humans. Now they are entering a new area, he said. “We’re in the early stages of learning how bioelectronic pathways work. The field is based on the idea that the brain understands what is going on in the body all the time. It is a ground-shaking idea.”

Instead of using pharmaceuticals to treat inflammatory bowel disease or rheumatoid arthritis, they can implant a small device, “a little bigger than a Tic Tac,” that helps organs communicate with the brain, allowing the body to “self-cure.” Discovering these pathways goes back to about 1998, he said, and in the future may also be used to treat other autoimmune diseases like lupus and arthritis. Other research may lead to new treatments or cures for high cholesterol, high blood pressure, diabetes, Alzheim- er’s, Parkinson’s and schizophrenia, though solutions for the latter 3 may be 10 to 30 years away.

“We at Feinstein invent the technology, and then we license it to a biotech company and they do the clinical trial,” partly to avoid conflicts of interest, said Czura. In the North Shore group’s hospitals, doctors often conduct clinical trials for cutting-edge treatments developed elsewhere, which is good for patients. 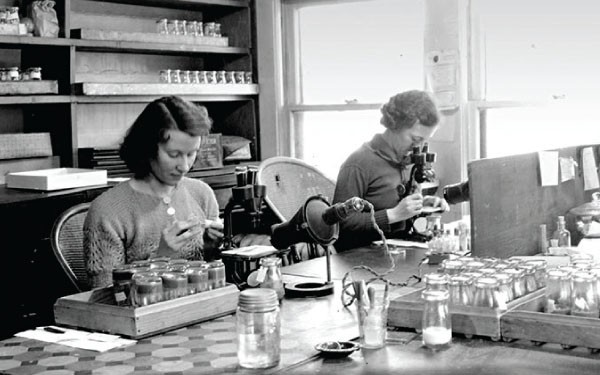 The Cold Spring Harbor Laboratory has a long history of medical innovations, said Jan Witkowski, executive director of its Banbury Center, a think tank on science and public policy that holds some 20 scientific meetings a year. The lab has sponsored meetings going all the way back to a 1933 symposium on X-rays, drawing researchers from around the world, with a recent meeting on Lou Gehrig’s disease. Soon after James Watson became director of the lab in 1968, he declared “war on cancer,” Witkowski said, and “decided the best way to understand the basic mechanism was to study viruses that cause cancer.” Michael Wigler, who arrived at the lab in 1978, isolated one of the first genes that cause the disease. Forty years of work at the lab helped lay the groundwork for a very recent development: In February, Pfizer announced FDA accelerated approval for a new drug to treat advanced breast cancer.