The string of towns that line the Great South Bay share a type of laid-back vibe that makes it easy to forget the noise up on the LIE. Here, quaint downtowns with unique local businesses lie just a few miles from beaches, marinas and parks.

This nautical town sits in the shadow of the Robert Moses Bridge and serves as a gateway to Ocean Parkway. On summer weekends, the village draws window shoppers and lunch dates during the day and a young bar crowd at night.

Babylon is home to the original Bunger Surf Shop, an institution. Everything from boards, wetsuits and wax to apparel and accessories is available here. The Town of Babylon maintains three ocean beaches for residents—Gilgo, Cedar and Overlook. Many surfers in the area paddle out at Gilgo Beach, where you can find the regulars any month of the year. The Bunger Surf Classic is held in mid-August with divisions for shortboards, longboards and even bodyboards. At Cedar Beach, the town hosts yoga classes on the sand.

Back on the mainland, Argyle Park and Southards Pond are scenic locales right in the middle of town; great spaces to relax, work out or fish. A path wraps around the waterways, bringing visitors past the picturesque, white- arched waterfalls the park is known for. The pond and lake are stocked with trout, carp, perch and bass and unlike the average duck pond, fishermen here wade in to cast their lines. 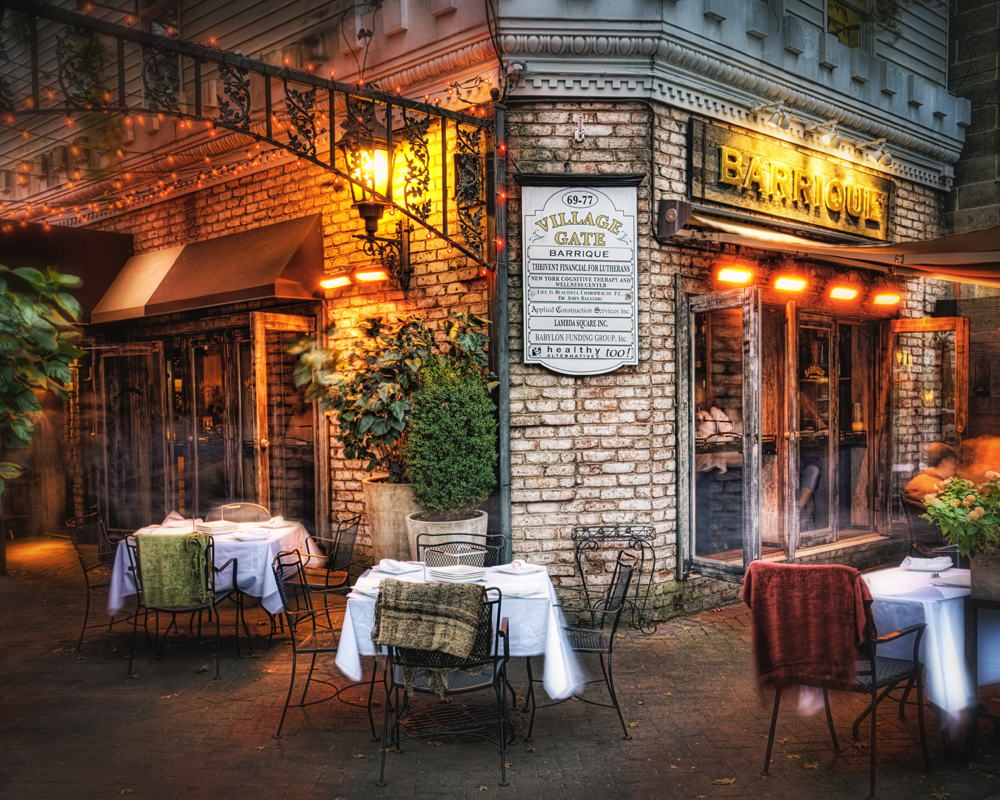 Babylon’s downtown is a culinary cornucopia. Barrique was at the forefront of the tapas movement in the area and has an unbelievable wine selection housed in a decorative cellar. They don’t take reservations, so expect a wait, but sitting at the bar next to the open windows with a cold cocktail makes the time fly. For dinner both on the water and from the water, check out the surf culture-inspired Tres Palms. Specializing in seafood, they serve classics like crab cakes and a lobster bake complemented by tropical specialty drinks.

After the sun sets, the bars fill up in speeds from raging to lazing. Carriage House turns into a nightclub after hours, as does the chic Monsoon—an Asian restaurant housed in the former Bank of Babylon. For those looking for a more casual night out, the Post Office Café is popular. Mary Carroll’s maintains a pub vibe at any hour and has a lovely outdoor beer garden in the back.

It’s not that we’re biased because our HQ has been in this village since day one, Patchogue has earned its rep of having the best of all worlds. The bustling downtown and active shorefront boasting a band shell, marina and parks coexist in this quiet, understated community. 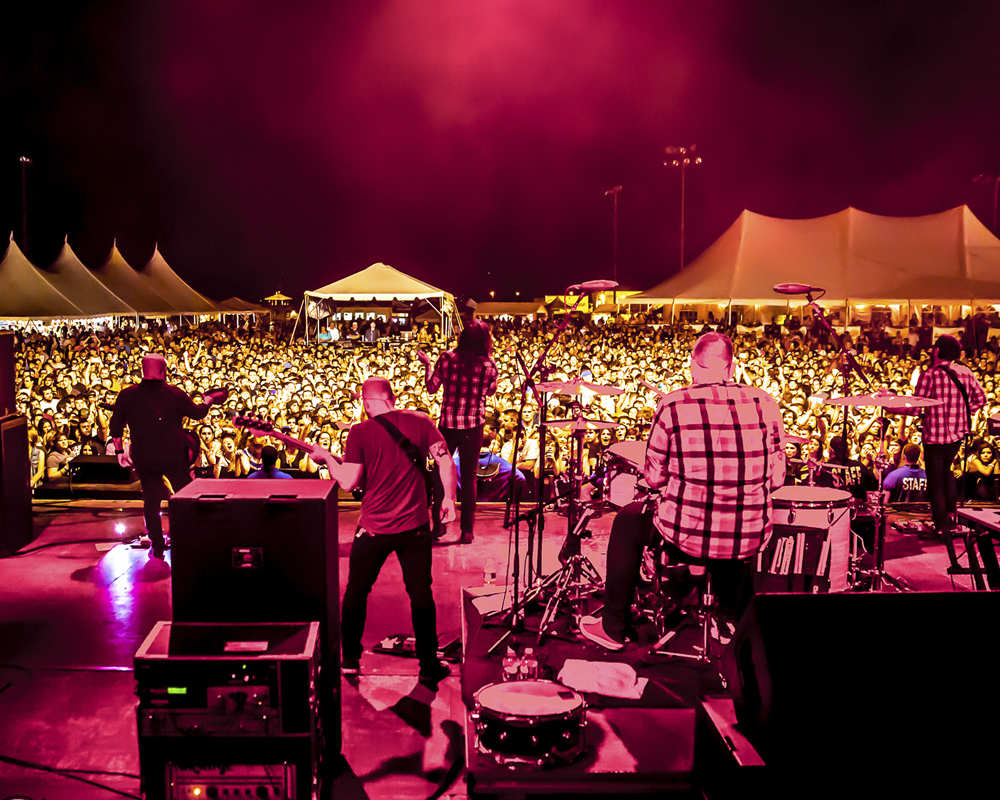 Just one mile south of downtown, a straight shot down South Ocean Avenue, you’ll arrive at Shorefront Park, a hub of outdoor activity and festivals. The band shell plays host to many bands and performances throughout the summer. Most notable of these is the Great South Bay Music Festival, a three-day extravaganza in mid-July that sees the waterfront host a revolving lineup of rock, blues, zydeco and jam bands.

Looking for something to do on a Thursday night? Of course you are, nothing unusually big happens on Thursday nights. Except in Patchogue. Alive After Five, a street fair held four Thursdays in the summer, twice in July and twice in August, happens from 5 to 9pm. The village shuts down Main Street between West and Maple avenues for the parties of the summer. There are performances by local bands, dancers and more. Restaurants sling their specialties and kegs of local brews are tapped.

To fill your entertainment needs between the concerts and street fairs, check out the Patchogue Theater for the Performing Arts. A focal point of the village, the historic theater was restored and reopened in 1998 after an 11-year dormancy. Plays, comedic standup, kids’ shows and musical performances take place year-round.

Actually, Patchogue Village welcomes visitors every night of the week. The cheese shop, wine bar, cupcake shop, eateries, art galleries and Plaza Cinema & Media Arts Center live up to the town’s maxim that “everything is waiting for you.”

A bayside community with a penchant for the arts, Bay Shore’s downtown hosts concerts and festivals all summer long. The Brown Bag Lunch concert series, presented by the Islip Arts Council, livens up lunch hour with live jazz, folk, country and reggae performances at the Bay Shore band shell right on Main Street on Tuesday afternoons. 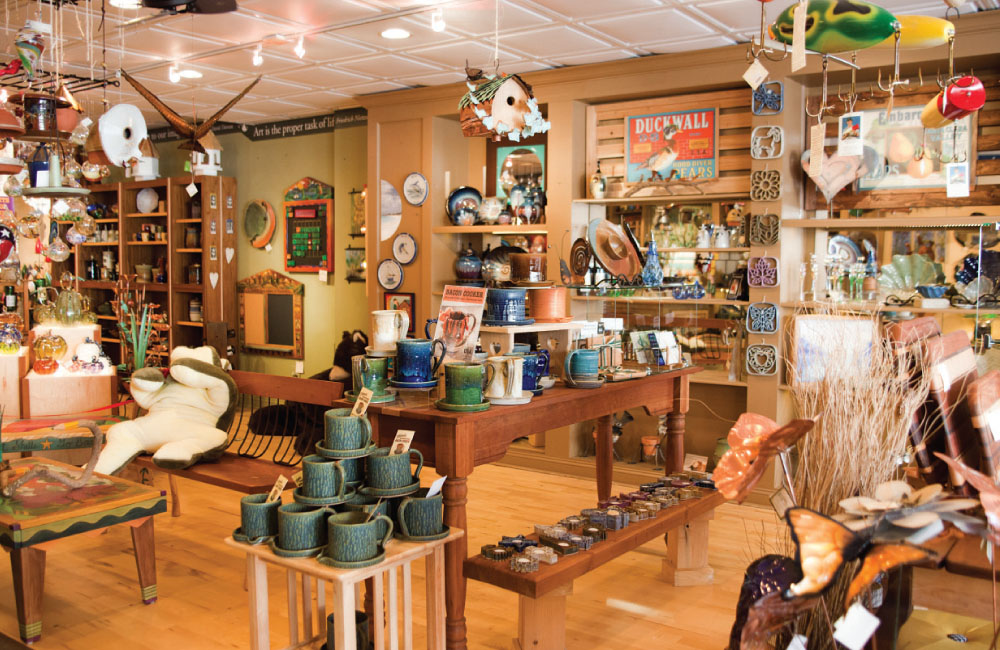 The Bay Shore Wellness Alliance holds its Arts Festival by the Bay every June, with artists’ work lining the block for viewing and purchase. And in mid-August, Sagtikos Manor will hosts its 5th annual Art Show on the Great Lawn. The 2nd Avenue Firehouse Gallery hosts art exhibitions that change on a regular basis and Garden Gate Gallery is a downtown shop filled with handcrafted artisan goods from around the country. 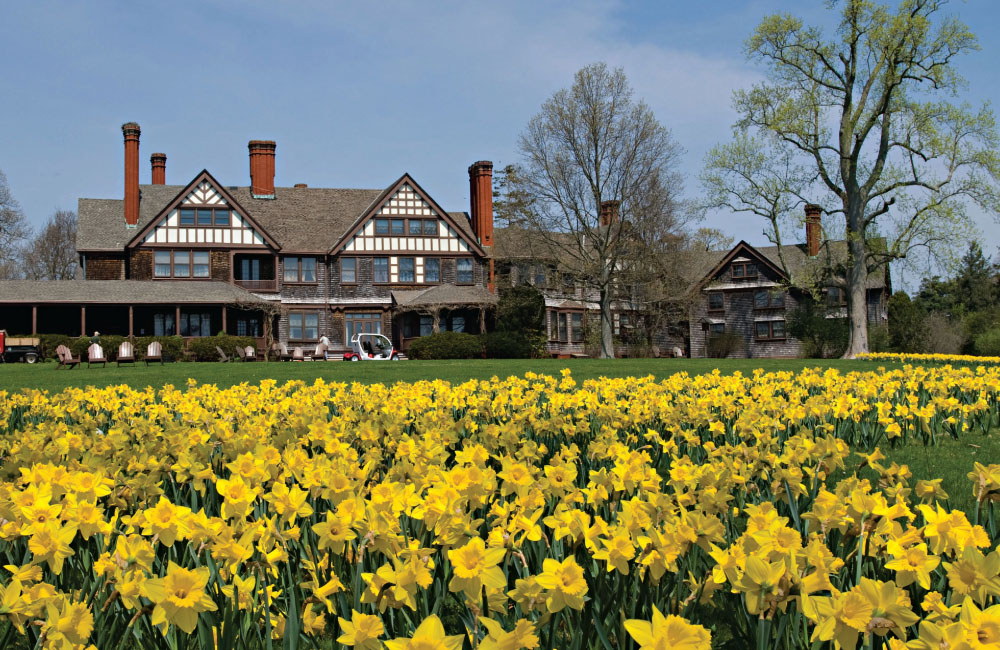 Bayard Cutting Arboretum grows crops on its 13 acres of farmland. Through their Community Supported Agriculture (CSA) program, people can purchase shares of the land and receive weekly bundles of vegetables, herbs and flowers.

This hidden gem in Oakdale is a serene getaway from other parks and beaches. Biking, swimming and playing sports are not allowed, making it the perfect place to be alone with your thoughts as you meander through the trees, shrubs and flowers blanketing the estate.

In the 1900s, the area was owned by William Bayard Cutting, a member of the New York merchant aristocracy, and was later donated to the public by Bayard Cutting’s wife, Olivia, in an effort to create a quiet, beautiful oasis, as well as bring an appreciation for planting to the public. The arboretum trails are named for the type of plantings clustered in each area, like Perennial Garden Walk, Holly Walk and Royce Rhododendron Walk. Among the many events offered by the facility are moonlight hikes on the grounds. Early in the summer, when the sun sets before 9pm and the air still has a chill, the park invites guests to stroll the trails and bask in the beams of moonlight that shine through the branches.

If you come on the weekend, The View is a perfect way to continue the fresh, South Shore vibe. The nearby waterfront restaurant is subtle, though it can get lively (especially around the bar on weekends). Take in views of the Great South Bay while dining on large and small plates and a first-rate sushi bar. For a beefier atmosphere, George Martin Strip Steak is a warm, masculine restaurant delivering on its name, complemented with an honest, intimate bar.