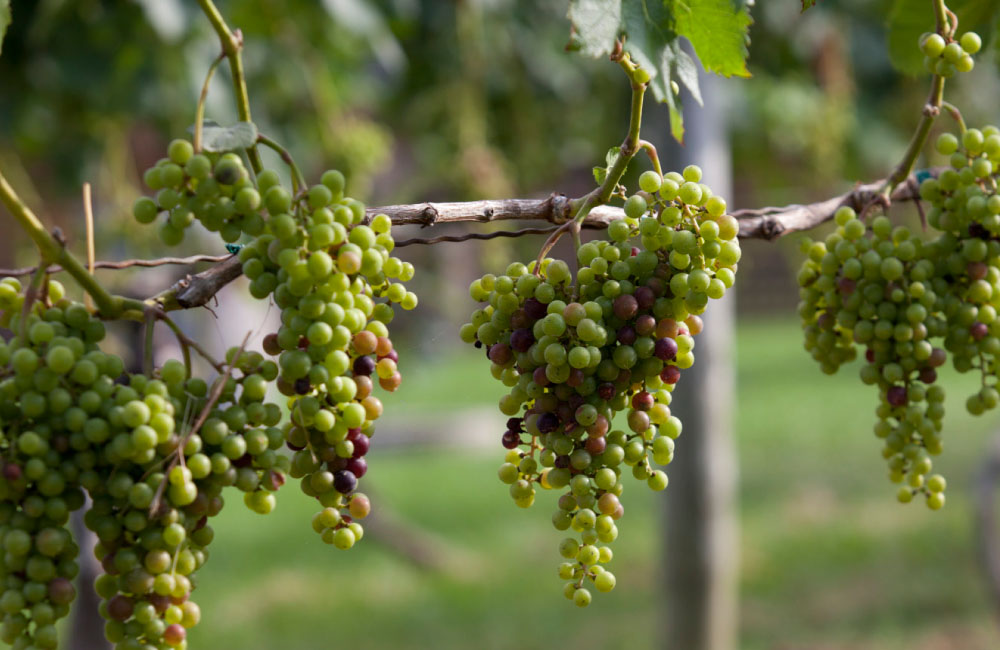 Where the expressway ends, the crease of the Peconic Bay begins, the body of water that gives Long Island its unique fishtail geography. At the literal fork in the road, those who head north are greeted with lush farmlands, glistening waterfronts and a natural tranquility that has changed very little in recent years despite the development taking place throughout our region.

Cutchogue, just 12 miles east of Riverhead, is the epicenter of North Fork wine country and is home to at least 10 wineries. From tried and true to burgeoning brands, the variety of settings and vintages are wide. Though the industry is relatively young on the East End (it just turned 40), these wineries are proving Long Island can crush grapes with the best of them. 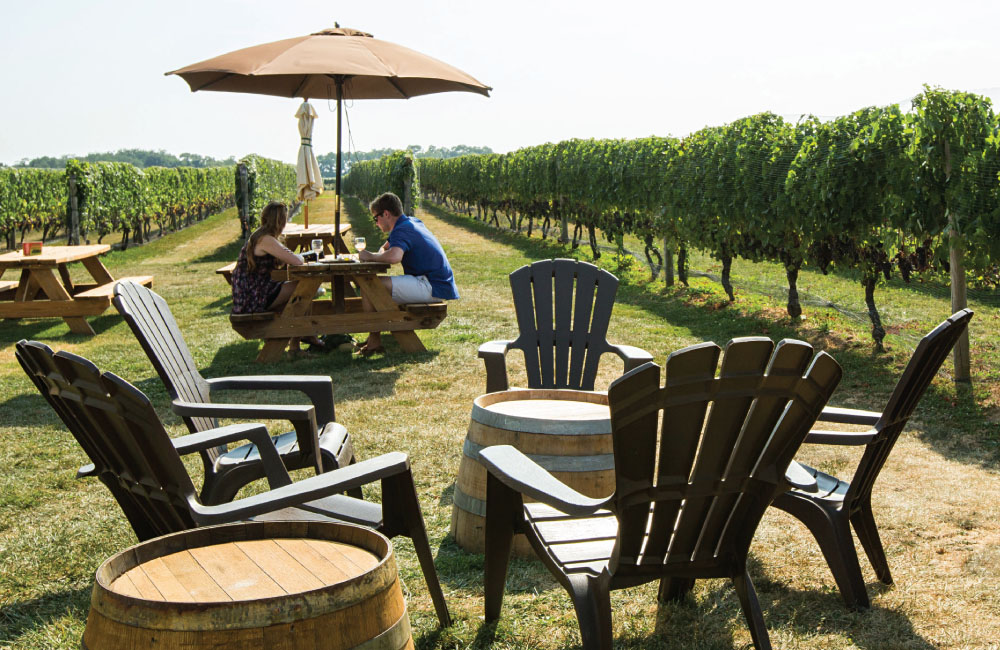 Sannino Bella Vita Vineyard and B&B in Peconic hosts wine-blending workshops for participants to create and bottle their own wine.

Castello di Borghese Vineyard & Winery
As the name might suggest, this winery is fit for royalty, literally. Late owner Marco Borghese was a Tuscan prince. The vineyards are the oldest on Long Island, although Borghese and his wife Anne Marie took over in 1999. The tasting room has a friendly atmosphere, employees are jovial and make wine novices feel at home. There is also an art gallery where musical performances take place.

Macari Vineyards & Winery
This tasting room is housed in a renovated barn that sits high on a hilltop removed from the road below. Macari is a family-owned winery and the feeling of being at home comes through. The high ceiling, mahogany wooden beams and curved, copper bar add to the relaxed country flair.

Bedell Cellars
One of the larger wineries on the North Fork, Bedell dazzles with its elegant-yet-minimalist tasting room and expansive porch that overlooks acres of vines. The large space makes it popular for group gatherings and parties. Patrons can be seen mingling in the vines and playing games on the grass. In the fall, heaters on the patio take the bite out of a chilly afternoon. 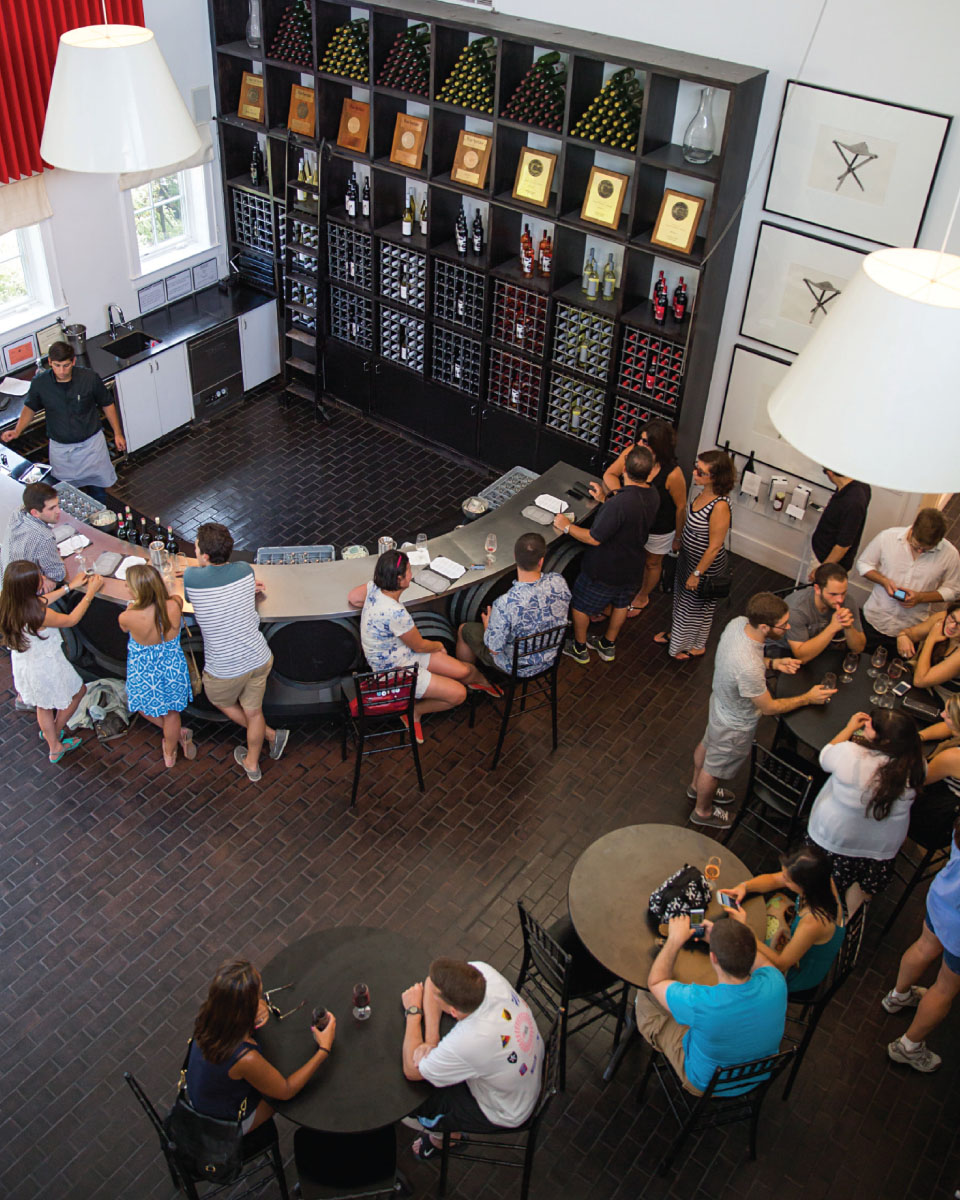 
The town that serves as the entrance to the North Fork has been enjoying a serious revitalization that has brought new food, activities and attractions to the area. Downtown sits right along the Peconic Riverfront. Docks, a waterfront walkway, picnic tables and plenty of green space play host to a number of events.

Getting out on the water is easy, kayak and stand up paddleboard rentals are readily available. For those with a competitive edge, Riverhead is home to Paddle Battle LI. The annual event, held in late July, is a kayak, canoe and stand up paddleboard race, with recreational, competitive and elite categories including a 12-mile race for the dedicated paddlers. (Also known as lunatics.)

If having a laugh is more appealing than going for gold, the town’s annual Cardboard Boat Race is a highlight of the summer. Teams build their own boats out of cardboard and duct tape, then attempt to pilot them down the river. Lest you think each boat is shaped the same—like a cardboard box, for example—don’t be deceived. Boat building creativity is as much a priority as seaworthiness and participants can be found paddling everything from ambulances to bananas to fantasy castles. It’s a great way to spend time with the kids— weeks of preparation and building of the boat culminate in the event in late June. 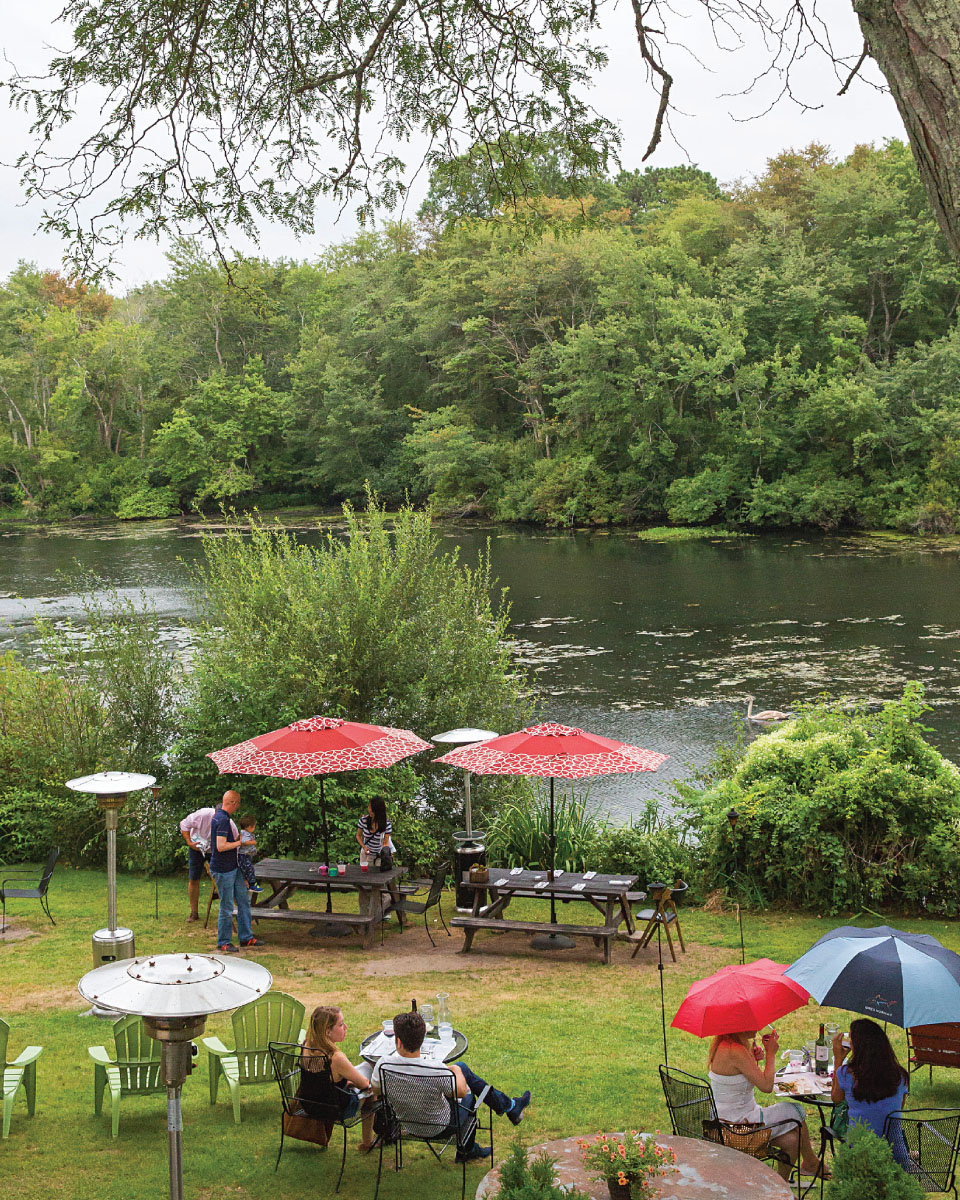 Riverhead also has a growing restaurant scene. Surrounded by farmland, restaurants like Bistro 72 at Hotel Indigo East End, have embraced the locavore trend, incorporating locally sourced ingredients into their menus. For a taste of the vineyards, Bistro 72’s flights of local wines, paired with cheese and charcuterie are an event unto themselves. The entrée offerings change with the season to reflect what is being harvested just miles away.

Tweed’s Restaurant and Buffalo Bar is housed in the historic J.J. Sullivan Hotel building on East Main Street. The restaurant has been in operation since 1896 and has plenty of historic charm. As the name suggests, bison is the draw here (the buffalo ranch is just a few miles away) but local duck holds its place on the menu as well as other less exotic fare. 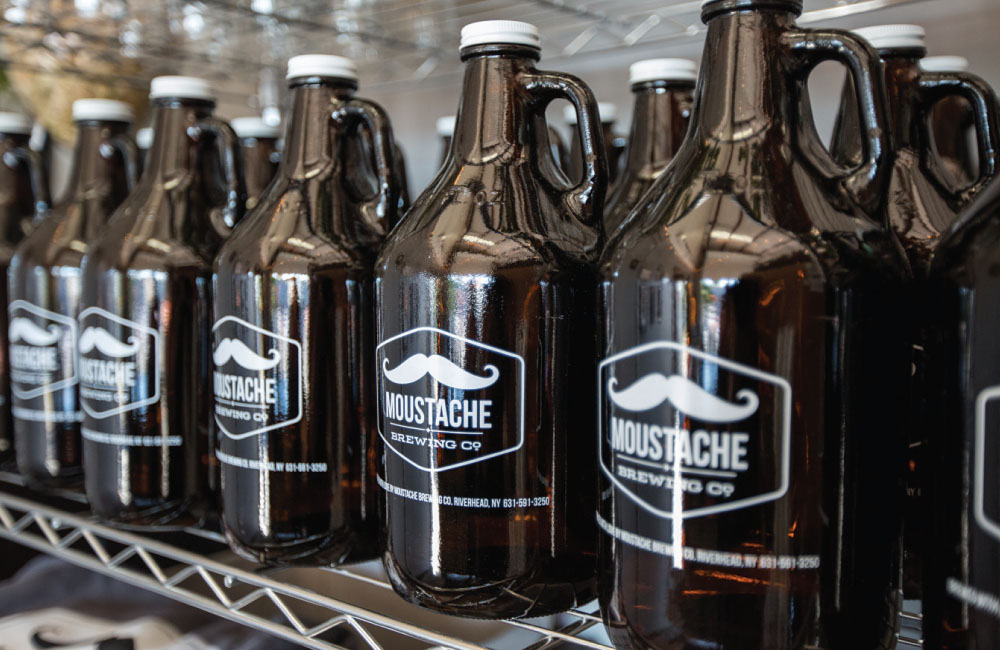 Not only has the foodie wave gripped Riverhead, but the craft brew frenzy has arrived in good form. There are three craft breweries downtown, all within walking distance. Long Ireland Beer Company is the veteran, though the brewery has only been operating since 2011. Crooked Ladder Brewing Company and Moustache Brewing Company both opened in 2014. Crooked Ladder’s storefront incorporates exposed brick walls and an open view of the beer making. Moustache is harder to find: it operates out of a converted garage, which may be part of the allure.

If those three stops aren’t enough to get your fill, classic pub Digger’s Ales N’ Eats serves up casual favorites along with a variety of Long Island beers on tap. It’s the place to get traditional Irish on Bloomsday (June 16, for the non- Joyce lovers)—shepherd’s pie or fish and chips battered in Crooked Ladder beer—complete with Irish soda bread.