“We need you back here by 10:30 for hot laps.” That was the only stipulation given to me by Erin, a public relations rep for Bentley, as she placed a hefty, leather-holstered key fob in my grip. The “hot laps” were a high-speed, professionally piloted tour of the Circuit of the Americas raceway in Austin, Texas, by way of the brand’s recently debuted Mulsanne Speed. It was an absurd display of power I’d eventually drive myself. And yet what I was about to undertake was even more ridiculous. It was 9:50am. I had been granted a 40-minute tryst with the Continental GT3-R, the fastest and most powerful production Bentley ever built.

Most people equate the winged-B with opulence, exclusivity and an acute attention to detail. But not everyone is aware of Bentley’s rich racing heritage. Though its participation in sanctioned events has been historically inconsistent, Bentley, in conjunction with Team Dyson Racing, recently garnered attention when they entered a GT3 in the European Blancpain Endurance series and the US-based Pirelli World Challenge. The Continental GT3-R is a track-tuned, street-equipped iteration of the team’s GT3 racecar, itself a stripped-down shell of the current Continental, fine-tuned and purpose built for landing the pole position. 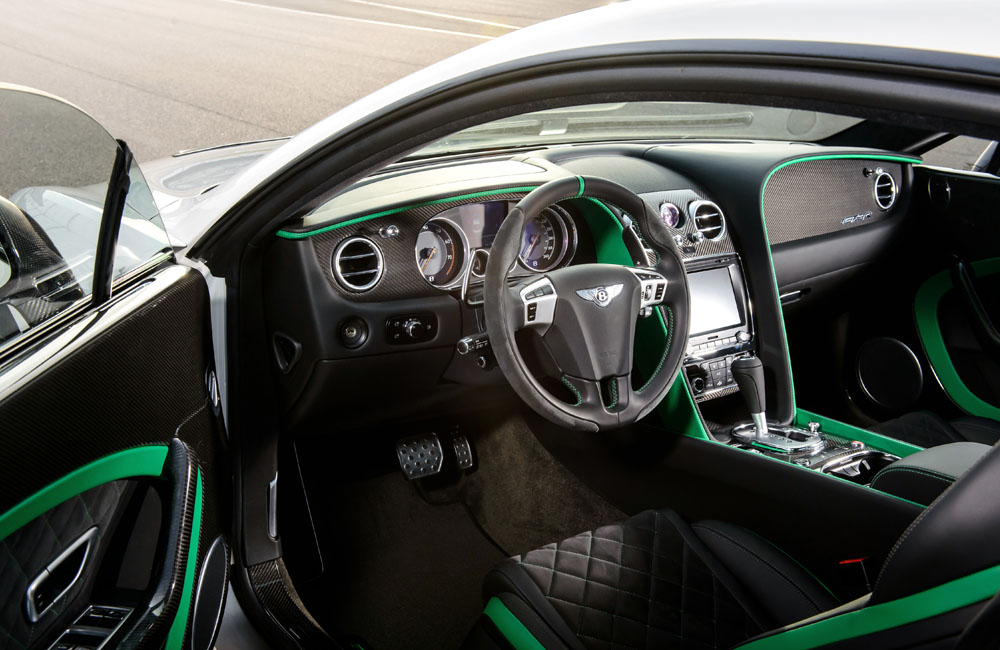 No trees were harmed in the trimming of the GT3-R. No matter. Despite the car’s lack of wood grain, I immediately felt the definitive luxury expected from a Bentley. Like every other model in the current lineup, the GT3-R’s doors close with the solidity of a bank vault. Its racy, diamond-trim buckets appear Nomex fire suit appropriate, yet coddle like a whisper-soft robe. But there are only two of them. While this Continental is not as extreme of a racer as say, a Porsche GT3, seating is still limited to one additional passenger.

What would traditionally be the Continental’s rear cabin has been appointed in sport-inspired trim and can only adequately store a jacket at best. Overall practicality takes a hit, but the car wears its tracksuit with a level of elegance that could own any black-tie affair.

Under its vented bonnet, the GT3-R houses a tweaked version of Bentley’s twin-turbocharged V8 that squeezes out even more horsepower than its Continental GT V8 S. Mated to a titanium exhaust, the engine’s roar is worlds more pronounced than that of its subdued brethren, and its burbling idle is beautifully uncharacteristic. 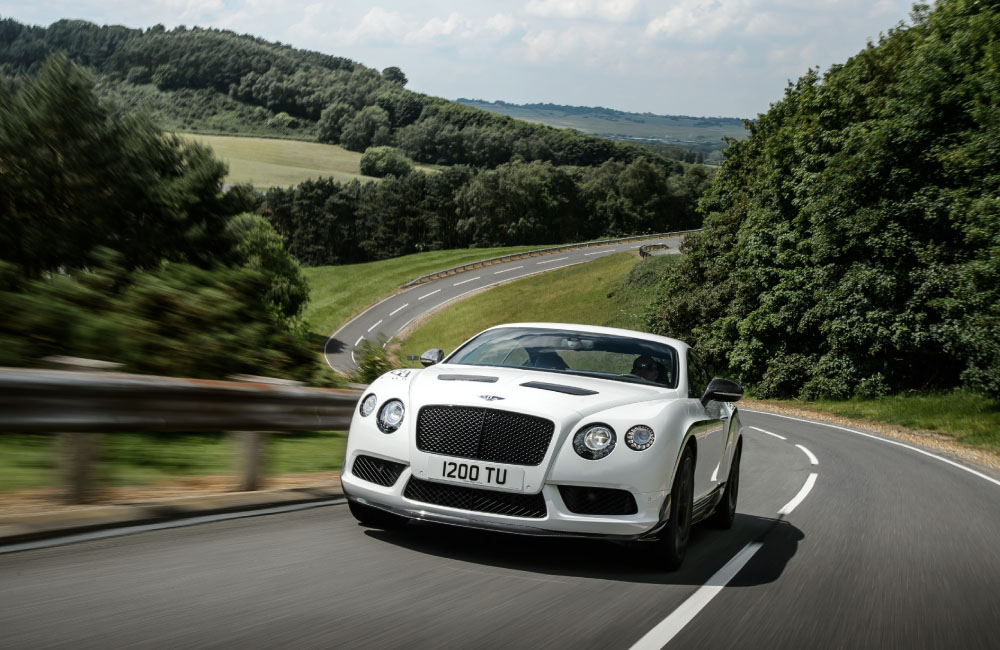 Leaving the COTA grounds, the car crept through stop-and-go traffic quite manageably, despite a constant low growl and random pops. It was clearly ready to run and Route 130 couldn’t come quick enough. A clear path finally ahead of me, I slowly let the car off its leash, rounding the on-ramp’s apex in delight. The posted speed limit was a generous 80mph and in the early stages of acceleration, I was already there. At numbers suited more for open cruising, the GT3-R pulled through the elevated curve. Now with an open Texas mile ahead of me, it was time to see what the aluminum block 4.0-liter could do to a straightaway.

To describe the GT3-R as “fast” is a disservice. And yet no combination of eloquent or superfluous words can properly document the experience. Under throttle, the engine’s muscle is immediately flexed and seemingly endless in strength. Miles disappeared in seconds, and even the Lone Star State couldn’t deliver enough pavement for me to approach any sort of limit to the power band.

No smaller than a standard GT, the car still weighs in at a hulking 4,840lbs and rocketed its mass like a runaway freight train. Yet through sharp turns, lane changes and the like, it dances with surprising prowess, making it worthy of its livery—and much more than a dragster. The minutes of my whirlwind affair sadly ticked down to nil, but I still managed to rack up some ample numbers on the odometer.

Also slipping away is the chance to own one: the GT3-R’s production run will be limited to just 300 units, with only a third of them coming to the US. And you’ll have to be OK with the colors, as this is one Bentley not privy to the brand’s famed bespoke department. For those now racing to put down a deposit, you should know that I’m bright green with envy.