Image: Samara Golden: The Flat Side of the Knife is organized by Mia Locks, Curatorial Associate, MoMA PS1.

In the shadow of the hypnotic rattle of the 7 train on Jackson Avenue in Long Island City, tucked back off the street like a once haunted tenement, stands MoMA PS1; one of the area’s quirkiest and more fascinating cultural oases.

Visiting MoMA PS1 is like walking onto the set of Blade Runner. One rainy Monday afternoon, the place (and the surrounding area) had a decidedly unfinished feel with a hint of apocalyptic aftershock. The overall effect is both perplexing and weirdly inviting.

The works within these strange walls are no less curious. MoMA PS1 seems intent on keeping viewers off balance. Yet, in that optic cacophony lies a consistent bent towards deconstruction. The current exhibitions of three contemporary artists clearly tell us that things are not what they seem. It’s on this idea that MoMA PS1 thrives. 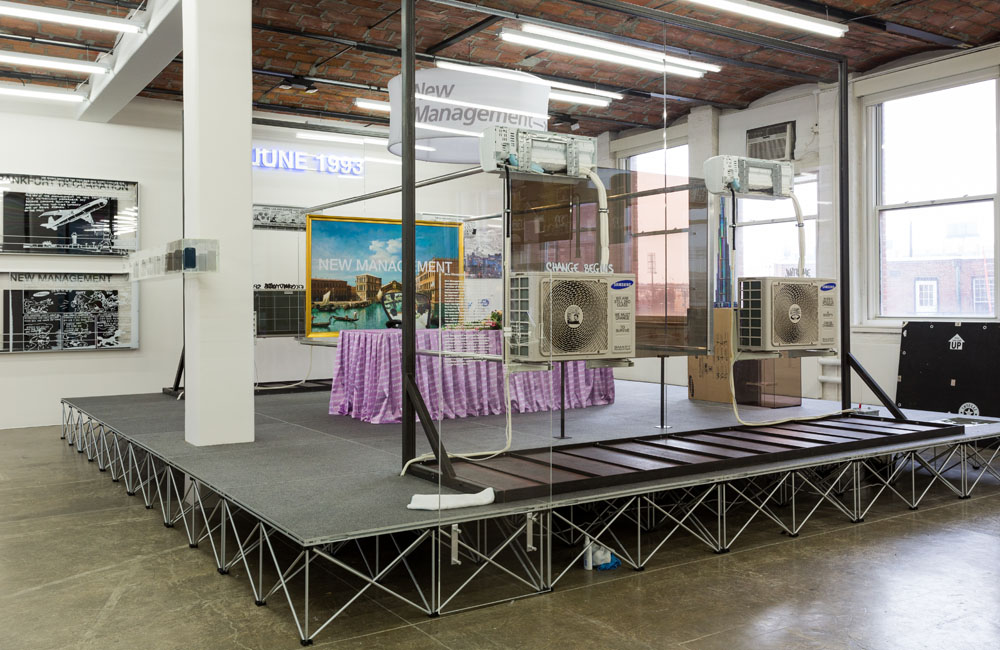 Samara Golden: The Flat Side of the Knife
Los Angeles-based and Columbia MFA-bred multi-media visionary Samara Golden dominates the MoMA PS1 landscape with the exploration of what she calls the “sixth dimension.” Her multi-storied installation is like a silvery side slice of a Warhol dollhouse. Using mirrors, misdirection, idle instruments and wheelchairs hanging from the ceiling, Golden creates a cross section of our collective inner psychology; a twisted game of congested, tenement life chutes and ladders executed in expansive three dimensional space.

“I hope my work can be like a door that opens to other times or moods,” Golden said in a previous statement. “Maybe we can see that this kind of door is possible, but we don’t yet know how to cross its threshold.” The entire installation of angles, reflections and sprinkles of humor (stuffed cats on a plaid couch, foam guitars plugged into real buzzing amps) is juxtaposed with a relentless soundtrack of lulling ocean waves. The overall effect somehow leaves us trapped in a real-time outtake from Hitchcock’s Rear Window city brick brand of voyeurism and futile window fans that evoke the city in late July: humid, claustrophobic and oppressive. 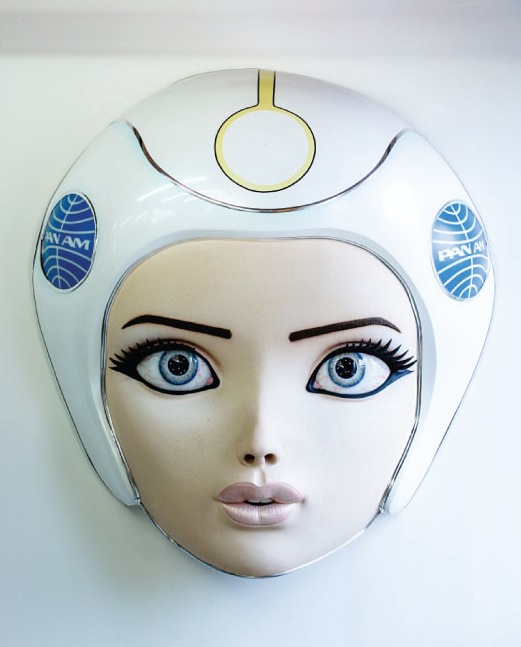 Simon Denny: The Innovator’s Dilemma
Simon Denny is consumed with consumption. In his collection of advertising, hi-tech communication and information overload, there’s a food chain going nowhere, a stepladder effect that both articulates and ultimately defaces corporate hyper consumerism. Denny uses buzzword overload in his pieces (“abundance,” “here right now” and “privacy” ring hollow in their stark isolation) to show us that the future we envisioned has already become our jaded past. 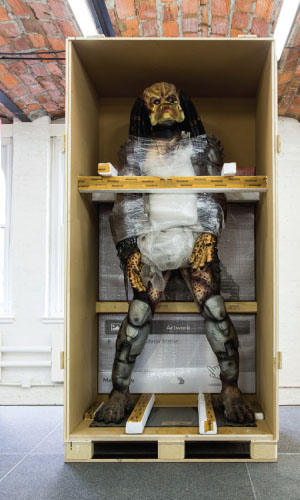 Perhaps the best example of this stems from Denny’s cold, naked use of an empty pile of computer network housing. Stacks upon stacks of plastic and metal, all uniformly and identically aligned though quite literally empty (void of utility, void of interest) renders the ultimate interpretation of “negative space.” All the while, industrial EDM thumps relentlessly through the gallery, making Trent Reznor sound like James Taylor. The result is unnerving: a sterile, dot-com era reminder that the faster we go, the faster we burn and disintegrate. That might be the ultimate “dilemma” Denny is exploring through the amalgam of mega culture he’s amassed. If we, as a massive, collective organism of absorption and information excess, burn too hot, will we implode? If so, is that bad? 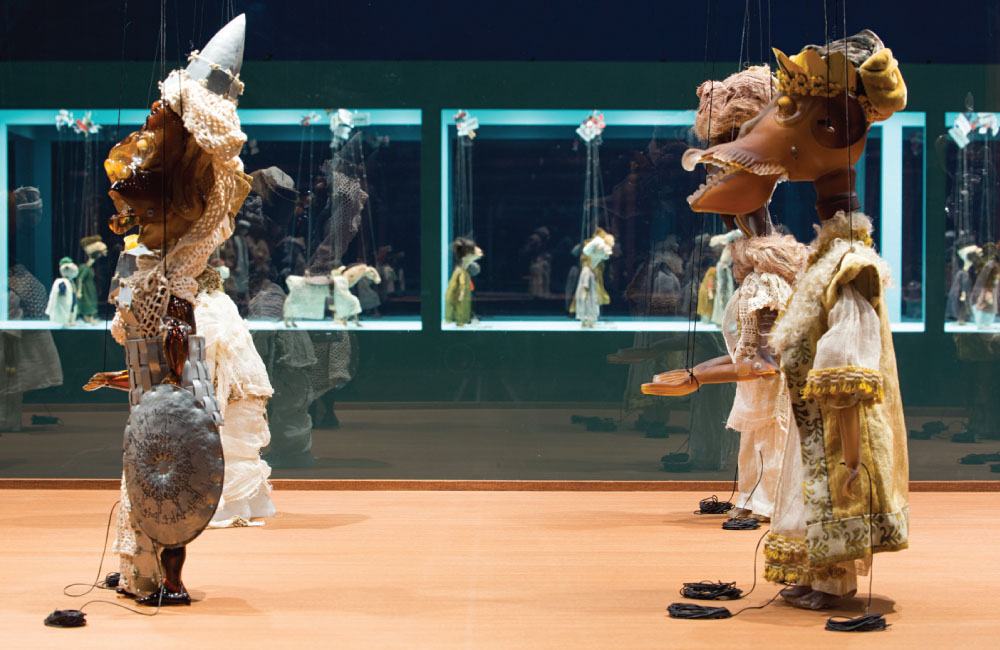 Wael Shawsky: Cabaret Crusades
Egyptian-born Wael Shawsky’s Cabaret Crusades possesses none of Golden’s deconstruction, nor any of Denny’s cynicism. Shawsky’s perspective is a historical one. He uses dozens of handcrafted marionettes (some 200 years old, some made of ceramic, some made of handblown glass) to create a cinematic re-enactment of the military, social and religious upheaval of the Crusades from the Arab perspective.

The film is dark and maudlin, but the mood is undercut by the delightful use and wonderful detail in the marionettes. The puppets themselves are on display in long glass cases, lined up in a procession of human history in which all walks of life are represented. The sultans, jesters, gypsies and soldiers of Arab history are all there—their facial expressions macabre, their clothing, sundries and supplies all intricately and accurately depicted.

In an adjacent room, Shawsky’s minimalist and imaginative drawings of far off and forgotten civilizations work side-by-side (and sometimes within) sketches of strange animals; sleepy tigers, sneering snakes and cheeky dinosaurs pop off his canvasses with childlike innocence. The dichotomy invites the contemplation of hope: in a world of violence and war, the hopes and dreams of the children in us all ultimately prevail.