“Kung fu shoes,” those slim slip-ons with the dodgeball rubber bottoms, are still available for purchase in New York City. So are maneki-neko—the joyous calico cats (technically Japanese) that wave hello from the doorways of Asian restaurants. New Yorkers do not need to travel far to find bolts of silvery Chinese cloth, electric waterfalls or even calligraphy brushes the size of the Olympic torch. But once Pearl River Mart shutters next year, finding those things in one location is going to get harder.

Certain stores are as much about cultural exchange as they are about mercantile exchange. The Orthodox-owned B&H Photo is a prime example with its Chutes & Ladders purchasing process that sees electronics whizzing overhead via pulleys and pneumatic tubes. Ikea is another. In the same vein, Pearl River Mart, at 477 Broadway until January, is a place where the line between shopping and intercultural outreach is blurred.

Spread over three floors, Pearl River seems to have collected the contents of all those Chinatown shops that spill out onto Canal Street and arranged them in a way that’s appealing to any shopper. A visit here can consume an entire Saturday, yet according to Crain’s New York Business, the shop’s monthly rent is set to increase from $100,000 to more than $500,000 next year, a hike that precipitated the closing. 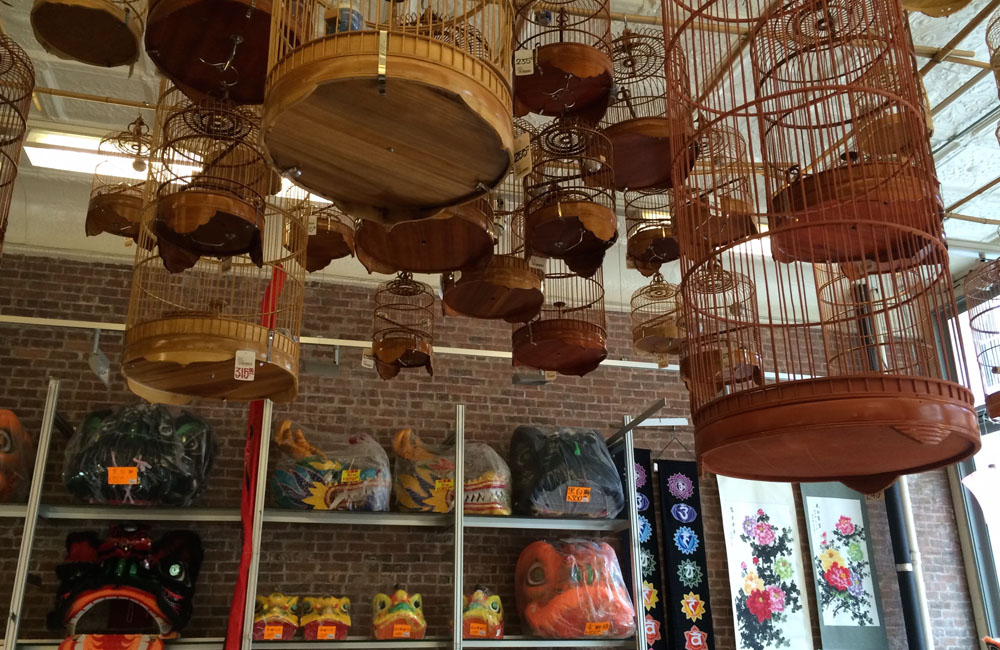 The sense of cultural exchange at Pearl River is no accident. The business was started in 1971 expressly to serve as a bridge between Asia and the West. Founder Ching Yeh Chen and her husband Ming Yi Chen teamed with student activists in Asia to open the store. Press materials say their initial shipload of cargo was the first commercial exchange between China and the US in two decades.

Its offerings are exhaustive. Beginning in the basement and climbing to street level, one finds a traditional pharmacy, shoe and kitchen departments, a corner devoted to wooden nunchakus and poleaxes, a garden of fake and real plants, an origami booth, displays of bamboo birdcages and festival dragons, racks of kimonos, some “I HEART NY” crap, a grocery selection and even a tea bar on the first-and-a-half floor. Upstairs on level three the sound of waterfalls echoes around a battalion of stone guardians and furnishings.

The news that yet another NYC landmark was being consumed by rising rents sparked lamentations on par with Pearl Paint’s closure or the reported demise of the Twinkie. There was in fact, such a rush on Pearl River closeouts that the owners are considering relocating instead of closing. Many Long Islanders will not have heard of Pearl River Mart before now, but combining the first visit with the last may be the last decent chance for a pseudo-trip to the East—or else be left fighting over a few sad packets of prawn candy.