Image: NYCFC friends and fans are getting their kicks as the team takes to its home field at Yankee Stadium during its inaugural season.

It’s the newest professional franchise in New York and the first Major League Soccer team to play in the five boroughs. Wearing light blue uniforms similar to parent club Manchester City, New York City Football Club was announced as the 20th franchise in MLS in May 2013 and made noise from the outset.

Former United States national team captain Claudio Reyna was hired as the director of football operations a day later. Jason Kreis, who won an MLS Cup title with Real Salt Lake, was named the team’s first coach in December 2013 and spent nearly a year immersing himself in the Manchester City way. David Villa, the all-time leading scorer for Spain, was the club’s first signing. Soon after, English legend Frank Lampard followed. However, Lampard’s arrival from Manchester City, after playing his entire career with Chelsea, was delayed and the club faced its first bit of adversity and bad press.

Playing in Yankee Stadium until a permanent home is found, NYCFC has sold 16,000 season tickets. For the expansion team’s home opener, 43,507 fans packed the Bronx to witness a 2-0 win over the New England Revolution on March 30. Because its star power is complemented by a solid core of MLS veterans, expectations are sky high for NYCFC in its inaugural season, which concludes Oct 25. The team still has room to sign one more international star—each MLS team has three designated player spots—and the club could fill that spot this summer. 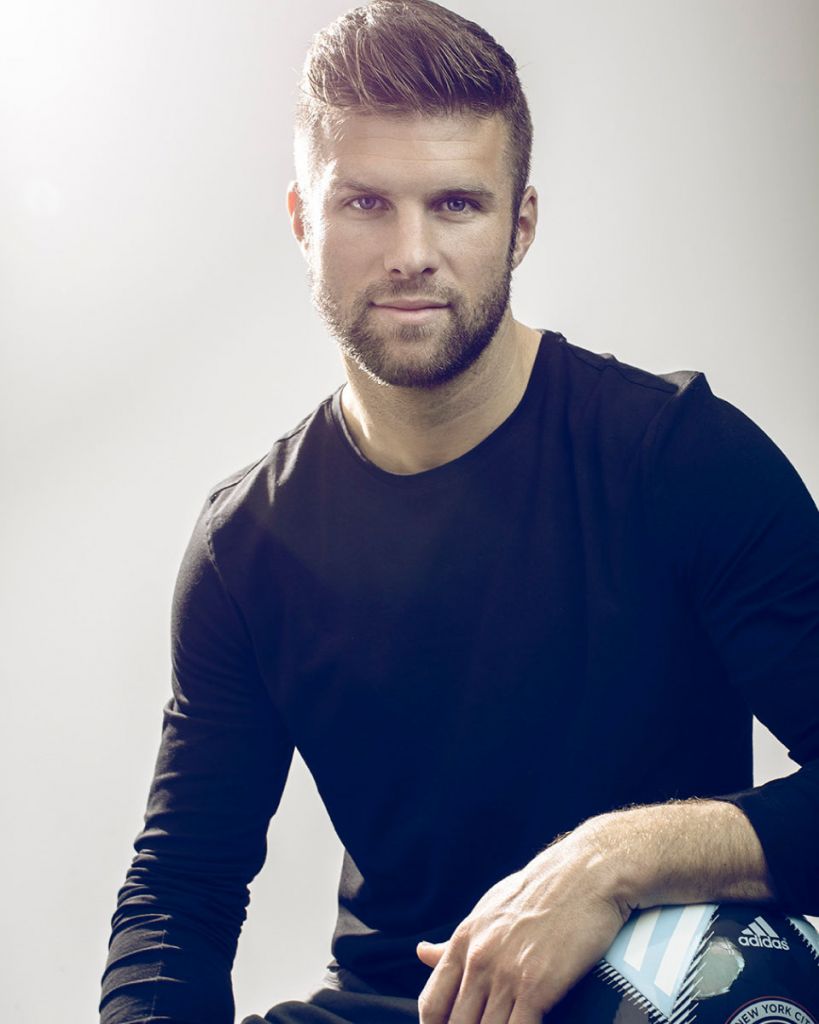 Pulse sat down with Mix Diskerud, goalkeeper Josh Saunders and Long Island native Chris Wingert, three of the club’s top players, to get an inside look at the start of their inaugural season.

Pulse: What’s it like to be part of a brand-new team?
Mix Diskerud: You have to build friendship quickly, connections on the field, everything has to be done fast. It’s a challenge we wanted to accept and we knew was going to come, so we approached it with open arms.
Josh Saunders: Obviously, starting from scratch you have your difficulties, but I think we’ve adjusted very well.
Chris Wingert: There are more people on staff here than on the other clubs I have been a part of. Being able to rely on those staff members has been a massive help in getting settled in a new city and team.

Pulse: What’s the level of expectation, being that it’s an expansion franchise?
MD: I have no idea what people expect of us. I don’t want to know. I think it’s more fun to set your own goals and keep it to yourself.
CW: In our locker room we have high expectations… and a lot of confidence in the team that Claudio [Reyna], Jason [Kreis] and the rest of the staff have put together.
JS: For me the expectation is to try and win a championship. That’s why I joined the team, why I want to be on this team. Anything less than that is tough to accept.

Pulse: How do you feel the chemistry is developing?
CW: The chemistry is very good for a team that’s only been together for a couple of months. The more time we get to spend as a unit, the better we will be. And I think that will go a long way towards us having success this year.
MD: We try to build friendships and relationships as quickly as possible. Of course there’s going to be ups and downs in our performances, but I think as a team we’re getting closer and closer every week.
JS: We’ve had some very good moments in games and we’ve had our struggles as well. I think there’s been more good moments than struggles—the confidence is coming along faster than expected.

Pulse: What is it like playing for Jason Kreis? What do you like most about his system?
MD: I heard a lot of good things about him before I became a part of NYCFC. I had no doubt he was going to be a coach that helped me develop. He’s the type of coach who wants the ball played on the ground and that’s what I love. It’s the way soccer should be played, one and two touches and played quickly.
JS: I don’t want to play for anyone else because I know what his expectations are. He’s a great guy. He cares about his players. We, as players, see that and we live and die for that.
CW: Jason provides an environment where it’s easy to succeed if you are willing to work hard and we have a great group of guys who are all on the same page when it comes to that.

Pulse: Are you surprised at the level fans have embraced NYCFC?
JS: I wouldn’t say I’m surprised as I’m new to the market in New York. That’s one thing I looked forward to coming here, getting into the stadium, getting in the middle of everything and having the fans supporting us.
MD: For me, it’s unbelievable. When I walk around the streets, I see people wearing NYCFC gear. Me and Khiry [Shelton] were going to Best Buy to get a TV and we met a woman walking her dog and she just went crazy when she saw us. That was a lot of fun.
CW: I’m certainly very pleased. We hope to win a lot of games and put an attractive product on the field. That’s the best way to thank the fans for coming out to support us, especially in the terrible weather we have had so far. 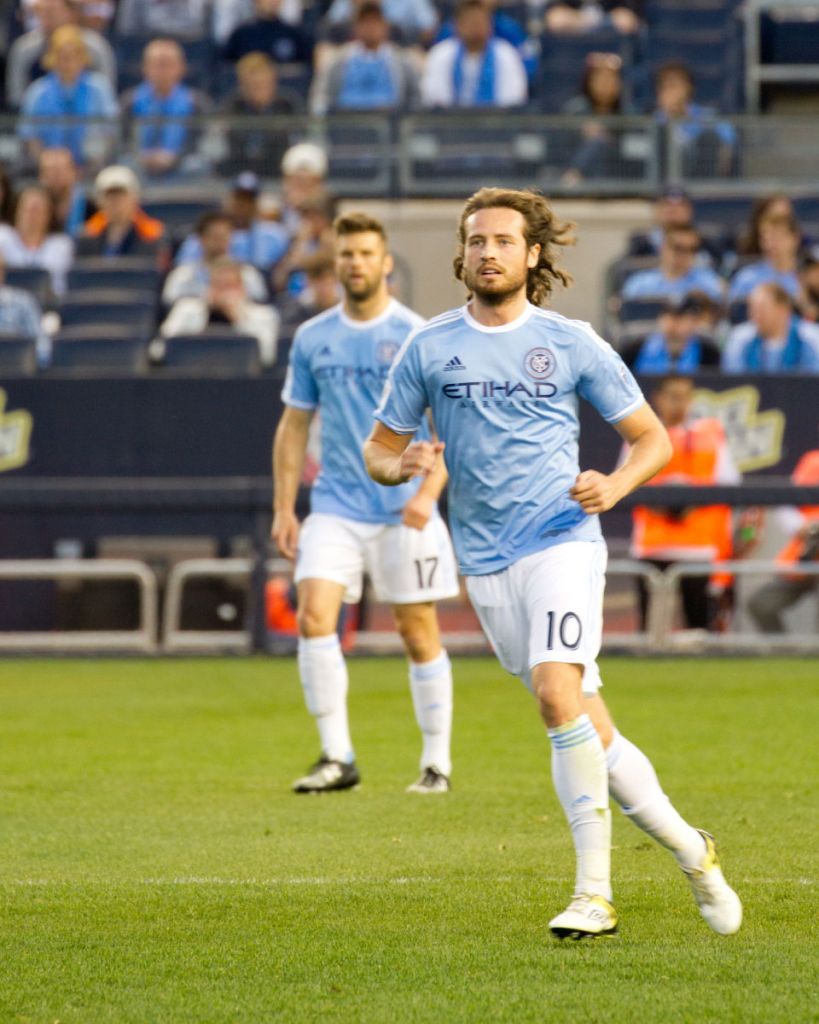 Pulse: How do you like living and playing in New York?
MD: It’s something very different than the living conditions I’ve been in before. Coming from Oslo, which I thought was a big city, but it’s not now compared to New York. It’s fun.
JS: It is very different. I spent a little time in Central Park, which is great. I’m enjoying it, but I live in the rural side of New York. I tend to stay out of the condensed areas. I’ve definitely enjoyed it.
CW: I couldn’t be happier. When I had a chance to come home to New York, play in front of all my friends and family, for a coaching staff I know well, it was an opportunity I couldn’t pass up. I feel very blessed to be living here, playing for NYCFC.