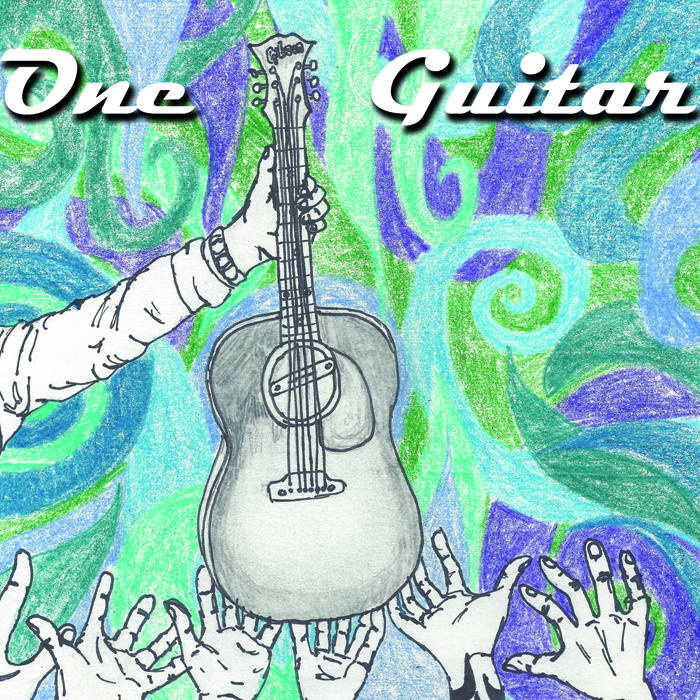 Noting the great talent and abundance of songwriting on Long Island, North Fork’s Don Bracken founded a monthly songwriter’s workshop at Our Redeemer Lutheran Church in Aquebogue. And on a stormy, spring night in 2013, when only five people showed, Bracken asked each of them to play a song on his 1961 Gibson J-45, an acoustic guitar known as ‘the workhorse.’

“We were set up in a circle in the middle of the church,” recalled Bracken. “Each of us played and the natural echo of the church, the sound of the guitar and the voices were wonderful. It sounded so good that I remarked, ‘We need to record this sometime.’ The church is a place of peace and joy and an idea was born that night.”

Soon after Bracken was asked to apply for a Thrivent grant to benefit someone else. Recording songs in the church on his J-45 immediately came to mind and he contacted Lantern Sound Recording Rig’s Mick Hargreaves, who loved the idea of applying for the grant based on a budget for a recording session with the goal of releasing a CD with all proceeds going to the beneficiary. Our Redeemer had been a host church for Maureen’s Haven winter sheltering program for over five years and Bracken chose the homeless shelter as the beneficiary. He received the grant but realized he only had until the end of 2014 to use the money.

“Through Facebook I put out the call to all the members in East End Songwriter Showcase explaining the ‘One Guitar’ concept of each artist playing an original song on the same guitar,” said Bracken. “I scheduled the date of December 27, figuring this was in the middle of Christmas vacation and I would have a small turnout. But I received close to 28 responses in 2 days, along with several musicians I didn’t contact calling me up and asking to play.”

This resulted in 29 artists coming together for a two-disc set—and a need to raise more money through a One Guitar Facebook page in order to master and create 1,000 double CDs. In addition to the countless hours recording engineer Hargreaves volunteered, graphic artist Eddie Ayala laid out the art work and Dan Reyburn shot some trailers for the Facebook page. “As I said, there was something special about the place,” noted Bracken. “I had the best free production team ever!”

So what does an album with 29 different artists playing original songs on a Gibson J-45 in an acoustically blessed church sound like?

“Some people would call it folk music because of the acoustic guitar,” said Bracken. “But I say it’s not only folk music but barebones rock and roll, some country, Americana, pop, indie, jazz, blues, Celtic and more. It’s funny how people line up now to buy a stripped down Beatles album and we’re offering this same goodness on these discs. The guitar is the tonal thread that binds this together and each player’s hands changes the sound.”

All 29 artists are scheduled to perform at the CD Release celebration on Thursday, May 21st at Vail-Leavitt Hall in Riverhead. Each guest will receive a One Guitar double cd with the $30 show fee and all proceeds go to Maureen’s Haven Homeless Outreach. There will also be an after party at Vine & Hops on Main Street in Riverhead where attendees can meet the artists. 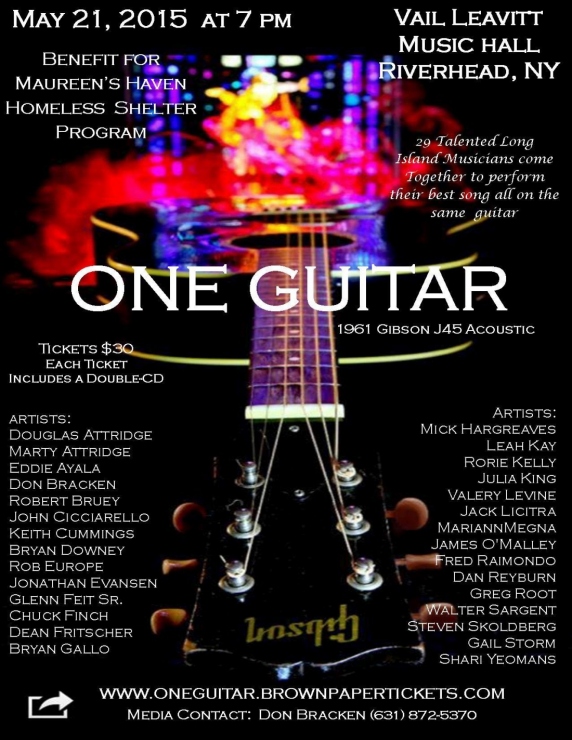