In its heyday, Jones Beach was the place to be. It was hopping. It was cool. Nothing compared. And who could beat the price? Parking at Jones Beach cost $.50 on weekends and $.25 during the week. Bathing suits could be rented for a half-dollar and towels for $.35. 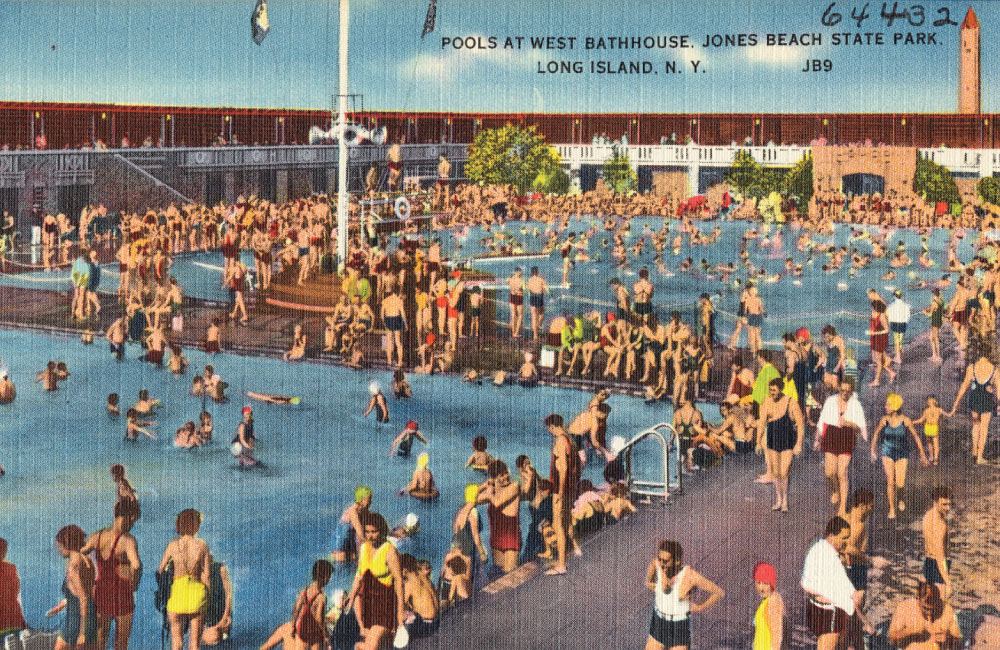 During the 30s and 40s, Jones Beach allowed visitors to forget the somberness of the Great Depression and World War II. Diving into the surf, catching a show or taking a dip in the West Bathhouse did wonders to relieve tension. And the Jones Beach experience didn’t stop at sundown; nighttime dancing was a regular social event that led to innumerable summer romances.

Eventually, WWII took a toll on every aspect of American life, even on the shore. Gas rationing caused a sharp drop in Jones Beach attendance as people opted for the Rockaways or Coney Island, which were accessible by subway. Before long Jones Beach went from bustling to bleak. The Boardwalk Café went out of business and the dances ground to a halt. Adding to the desolate atmosphere was an aura of uneasiness. The specter of German submarines lurked offshore and the Coast Guard was on constant patrol.

But the history of Jones Beach is a comeback story— business quickly picked up when the war ended. A huge crowd packed the Marine Theatre on July 4, 1946 and a celebratory firework jubilee signified that the war was over. 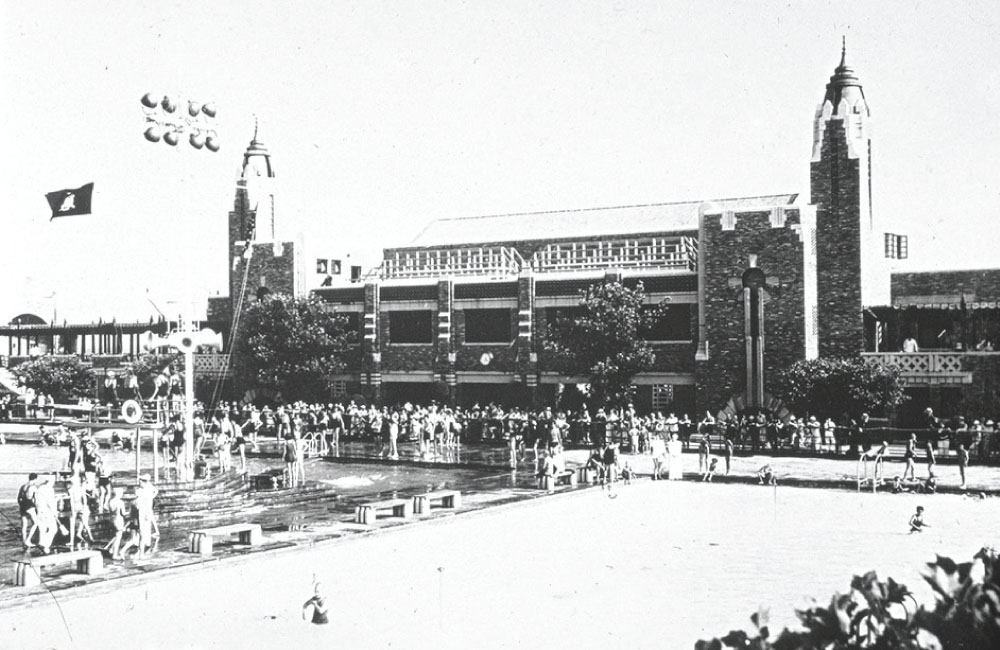 Moses and the Promised Land

Good things are worth waiting for, Jones Beach was no exception. Around 1924 Robert Moses, chairman of the newly formed Long Island State Park Commission, envisioned a thoroughly modern park and seaside getaway. To make his vision a reality, Moses needed to acquire Jones Island, which consisted of parts of Nassau and Suffolk counties and crossed over three townships. Initially residents of the towns of Babylon, Oyster Bay and Hempstead snubbed the idea, but Moses worked diligently to secure the support of politicians Tom McWhinney and G. Wilbur Doughty, who helped sway the opinions of Hempstead voters. The bill was approved in 1926.

After securing the land, builders began laying on the glamorous touches that would turn Jones Beach into a premier playground.

Water fountains with small replicas of steering wheels were installed and ship funnels doubled as trash receptacles. Life-preserver-shaped ashtrays stood along the boardwalk and employees were decked out in sailor suits.

Leisure pursuits were always on offer: shuffle- board, bocce, croquet and paddle tennis could be played in the East Games Area. Pitch-and-putt golf, an archery range, a roller rink and handball courts were also available. Located near the East Bathhouse, softball leagues played in front of cheering spectators in a tradition that remains today. Others gathered for calisthenics, a craze that took hold during the beach’s prime.

Another attraction to Jones was the variety of shows put on in the area. Water circuses (complete with elephants) drew people to the floating Marine Theatre in Zach’s Bay and water ballets featured synchronized swimmers. Swimming and storytelling exhibitions were also a popular event, though the real story was always the beach itself.