When Alex Abrash landed a job after college in 1984 with a Poughkeepsie company that released classical music on open reel-to-reel tapes, the vinyl record was king of musical formats, and a new technology, a compact disc, was poised to dethrone it. A few years later the company folded and he needed work.

Abrash took a series of jobs at Manhattan studios, including Hit Factory, Sigma Sound, Electric Lady and Kampo Cultural Center, where he was a manager for 10 years. The music industry then gradually transitioned to digital-audio and in 2001 Abrash started his own CD mastering business, AA Mastering, during the purgatory between Napster piracy and the revolutionary iTunes store.

Today, in the age of streaming, he is developing a business on a seemingly bygone technology that is experiencing an unexpected hockey stick-like resurgence in sales: vinyl records. 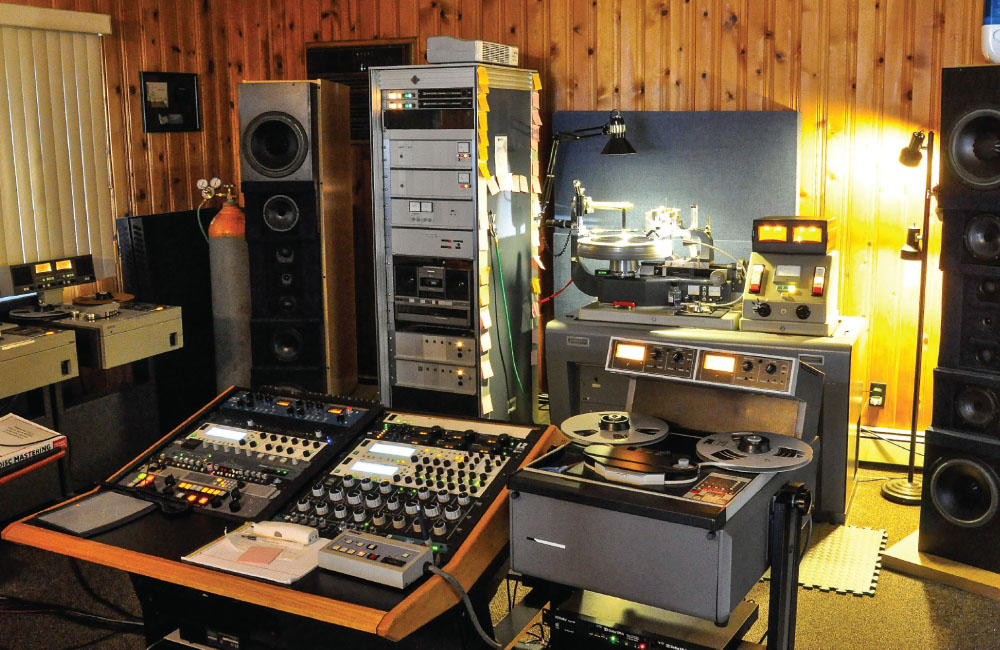 At his home studio in Plainview, Abrash converts studio recordings into analogue form with a lathe machine and a vinyl cutterhead that carves grooves into a master lacquer, a coated aluminum disc used to mass produce records.

“It’s both the final creative portion of making the record and the first manufacturing step,” he said of his craft.

Abrash’s work crosses genres from country to club to classical, as he rides a wave of vinyl sales that has swelled consistently for nearly a decade. Last year, the format hit another record-breaking milestone, jumping to 9.2 million sales from 6.1 million in 2013, according to the 2014 Nielsen Music U.S. Report. From January to March, sales were 53 percent higher than during the same period last year.

Although these figures represent a modest 6 percent of overall album sales, signs of vinyl’s newfound cool keep growing. Urban Outfitters, a top seller of vinyl, showcases 12-inch records and phonographs at its stores. Apple co-founder Steve Wozniak appeared in a Cadillac commercial listening to a record from his vast library of LPs. In January, Bloomsbury Academic published a scholarly tome on the format’s return, Vinyl: The Analogue Record in the Digital Age. And countless others have been beating the drum. 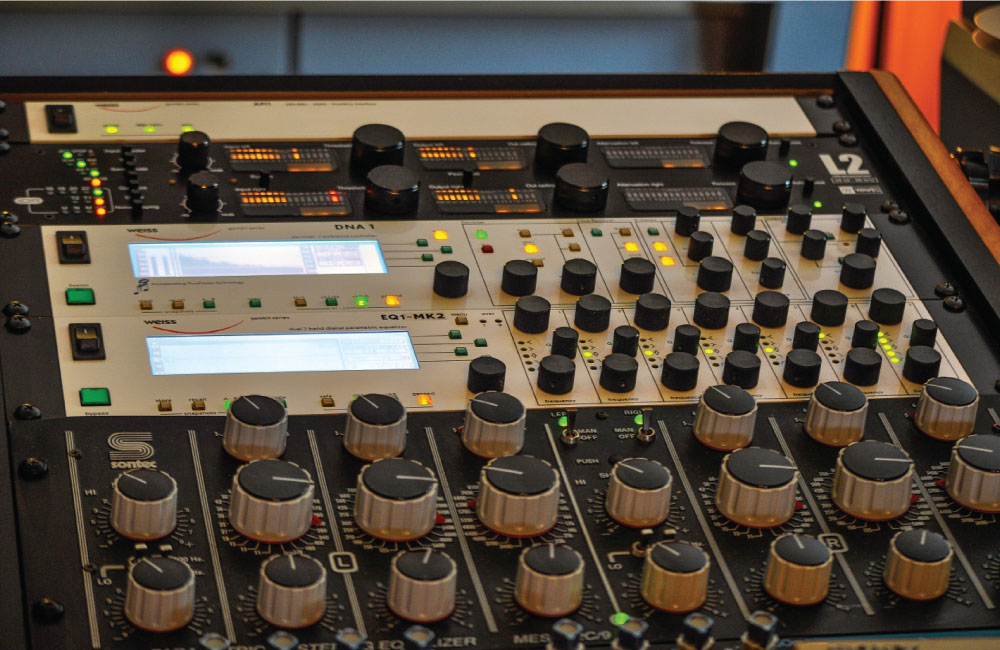 Overshadowing everything is Record Store Day each April, when artists release exclusive or remastered albums on vinyl. Since RSD’s inception in 2007, album sales have increased steadily, with a 3.3 percent hike this year over last.

And this may speak to why vinyl has returned. Many within the industry attribute the revival to teenage and twenty-something hipsters raised on .mp3 downloads embracing the novelty of the “throwback” format. It is a tangible, engaging format that they can hold, flip, smell and contemplate the cover art. They can listen to whole albums as a story and an artistic expression, rather than individual tracks divorced from the whole. The top-selling vinyl records in 2014 all debuted within the past three years: Jack White’s Lazaretto, Arctic Monkeys’ AM and Lana Del Rey’s Born to Die, respectively.

Others credit the nostalgia vinyl evokes in those who grew up listening to and collecting records. And to the audiophiles who ceaselessly preach that vinyl captures a range of sound superior to CDs and .mp3s. Last year, The Beatles’ Abbey Road and Sgt. Peppers Lonely Hearts Club Band were among the top 10 vinyl records sold. 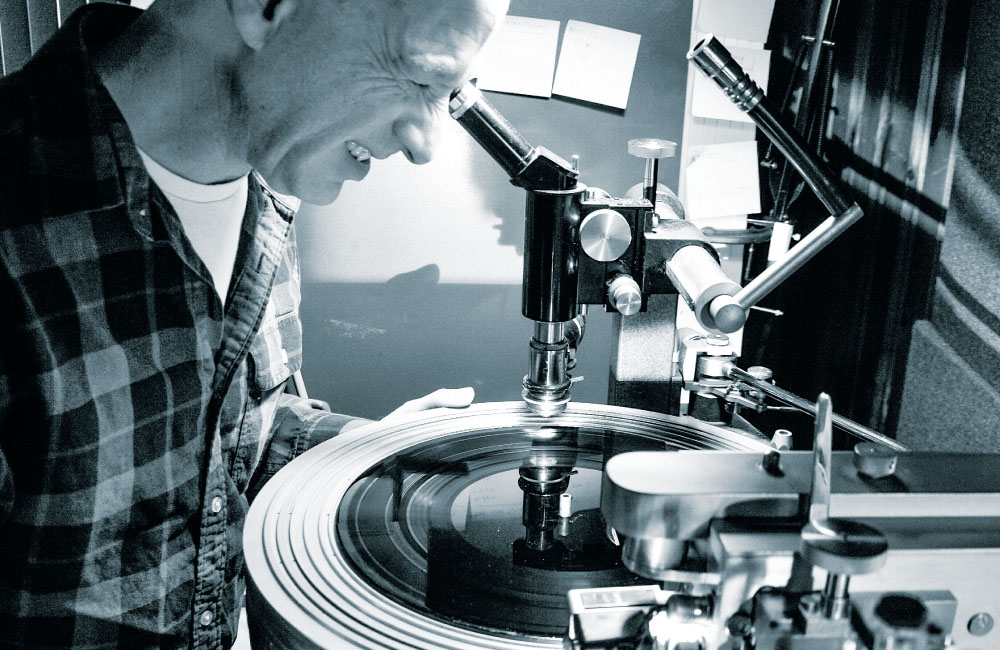 Abrash, 53, is unsure about what is driving the comeback. What’s interesting to him is the disparity in the quality of record players today. He finds that companies are mostly selling either toy-like phonographs for a few hundred dollars or high-end turntables that cost as much as $100,000. Meanwhile high-quality, affordable players like those that companies made when he was a kid seem scarce.

“That kind of begs the question: why is it people are so enamored with vinyl? It may not be the sound. It might be a retro thing; it just might be the physical aspect of having something you can hold in your hands, combined with the artwork. I don’t know.”

When Abrash and his wife moved from Forest Hills to his native Plainview in 2011, CD sales had dropped enough that he contemplated a new business model. He learned through talks with industry people that vinyl was resurgent and they had more than enough business.

“This was in the back of my mind for a couple of years, and then a situation came up,” he said about his yearlong search for analog equipment.

In December 2013, a Neumann VMS-66 lathe machine and vinyl cutterhead became available on the island of Jamaica. Abrash paid handsomely to buy, ship and restore the 1,200-lb, two-piece unit that includes an electronics rack. He converted his den into a studio, complete with a digital-audio workstation, processing equipment and cushioned soundproofing mounted on the oak walls. By last fall, he had secured several clients.

To ensure that his Neumann unit, circa 1971, operates optimally, Abrash regularly searches eBay listings and the like for good deals on cutterheads, motors and other spare parts. He invests a tremendous amount in resources and supplies to keep his business afloat in what is an archaic manufacturing process.

“It would be like someone who wants to drive a 1967 Corvette to work every day,” he said about maintaining his equipment. “To do that, you have to be committed, you need to have a stash of spare parts, you have to have some type of expertise to work on the system yourself.”

But how long can vinyl’s comeback last? The industry’s entire infrastructure is graying, including the lathe machines that were last built in the 1980s. And the companies that produce the expensive equipment and parts are hesitant to invest in inventory that may go unpurchased.

Still, Abrash is cautiously optimistic. He characterizes the machines as “over-engineered German technology” that will “probably last 100 years,” with spare parts that are available or rebuildable. The existing infrastructure is limited however and probably can’t accommodate much more growth, Abrash predicts. He expects vinyl sales will start to slow, but he doesn’t foresee a radical drop anytime soon and ultimately believes in the future. “I just don’t think it’s a fad. It’s just been too strong for too long.”