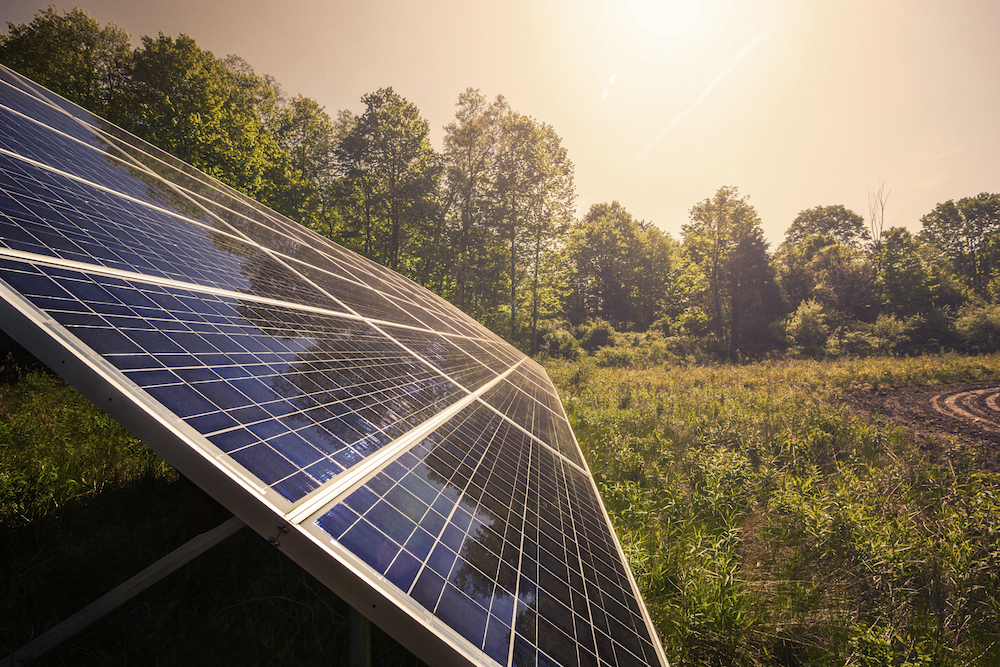 I fell in love with solar power in Panama. I kid you not.

Take a 45-minute plane ride in the right direction from Panama City, followed by a 45-minute boat ride to tiny Isla Bastimentos and time seemingly disappears. Lush green jungle sandwiched between expanses of beach leading to sparkling clear water. There are no roads and few people but there is solar power. It’s the only thing that provides electricity for the American and European expats living in that piece of paradise. It works beautifully.

I came back to Long Island determined that when I own a home it would use alternative energy to power itself. Once the stuff the hippie neighbor lectured about, solar power and other forms of alternative home energy are booming. And it’s a lot cheaper here than it is in the middle of the jungle.

That lower cost, combined with increasing concern about global warming and technological advancements resulted in the installation of a solar panel or other solar projects every three minutes in the U.S. in 2014. Here on Long Island, EmPower Solar employees have completed more than 1,000 solar installations since the company began in 2003.

“There is no doubt alternative energy sources like solar, wind and geothermal bring a positive impact to our communities,” Huntington Assemblyman Chad Lupinacci said. “I look forward to working with colleagues from both sides of the aisle to increase the development of renewable energy usage in New York state. We can save taxpayer dollars by providing free and clean energy for Long Island and become leaders in the growing market for solar energy.”

Huntington recently began a pilot program with Sustainable CUNY, City University of New York and the U.S. Department of Energy to help reduce the cost of solar installations for town residents. It’s part of the town’s continued dedication to alternative energy, and it’s not the only Long Island town committed to renewable energy. Last year, the East Hampton Town Board voted unanimously to establish a goal to meet 100 percent of the town’s community-wide electricity needs with renewable energy sources by 2020. Both follow in the footsteps of major American cities. New York City, for instance, ranks ninth in a study on the number of solar panels in American cities, produced by the Environment New York Research & Policy Center.

According to the report, a large part of the number of solar panels is due in part to the commitment of city leaders to alternative energy and Governor Andrew Cuomo’s NY-SUN initiative, something EMPower Solar’s CEO agrees is important.

“New York State’s pro-solar policies, including tax credits, property tax abatement and financing programs, have propelled this growth for EmPower and the industry at large,” David Schieren, CEO of EMPower Solar, said. However, solar still represents less than 1 percent of the power mix. Together, we can and will make solar the dominant source of power generation for our region.”

All of this is making power companies very afraid. According to Environment New York, utility companies are campaigning to increase fees for rooftop solar installations in New York, something that has been happening around the country since at least 2013.

Much like Uber and Lyft did for taxis, solar panels are disrupting the entire utility business model. Earlier this year, Morgan Stanley released a report suggesting solar panels with the technology for consumers to generate and store electricity could kill off utility companies.

That technology may be here sooner than anyone imagined. Telsa announced its long-awaited home battery earlier this month. Measuring 3 feet across, 4 feet tall and 7 inches deep the batteries cost $3,500 for a 10-Killowater hour or 7KWH for $3,000. The batteries will store energy that comes from rooftop solar panels, allowing homes and businesses to stay powered at night. One KWH, for instance, is enough to watch television for 10 hours, vacuum for an hour, wash 12 pounds of laundry or work on a computer for 5 to 10 hours.

No, your power company isn’t going immediately away, but all this means solar panels are even more viable than they once were. Just imagine where Panama will be like in five years.