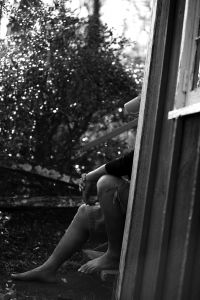 Heroin-related deaths are down on Long Island

Fatal heroin overdoses are down across Long Island—slightly.

New data released by medical examiners in Nassau and Suffolk County show that the number of fatal heroin overdoses went from 145 in 2013 to 137 in 2014.

Lisa Gans, a clinical specialist with the Long Island Council on Alcoholism and Drug Dependence (LICADD), credits the drop to increased access to Narcan, a life-saving drug that reverses the effects of an opiate overdose. Police and EMTs are trained to administer Narcan, and the public can be as well.

“There are significantly more people being saved by Narcan, which is a good thing,” Gans said. “Ideally, from the healthcare perspective, it gives them another day, another chance to get treatment.”

Many members of the public choose to get trained because they fear they may need to save the life of a loved one who is suffering from heroin addition. However, that’s not always the case.

“We had someone who was traveling in traffic, as usual on Long Island,” Gans said. “There were cars honking and she went up and noticed the kid in the front was overdosing.”

Narcan was able to save that person’s life, but Gans knows that is only the beginning.

Last year, Long Island Pulse published a harrowing piece on the rise of heroin addiction and heroin-related deaths on Long Island. Though Narcan has helped reduce the number of overdose deaths, the crisis is far from over.

In every Narcan kit administered by LICADD is the organization’s contact information. LICADD can help addicts and their families to find long-term help. After Narcan reversals in Suffolk County, LICADD works with the police department to follow up with the individuals and connect them to treatment.

Gans says LICADD is looking to help both counties streamline what happens after a Narcan reversal and get more recovering addicts involved in helping those currently suffering from the disease.

“We know someone is more likely to listen to a message from someone they perceive as similar to themselves,” she said.

In the meantime, Narcan continues to give addicts another chance to hear the message.

“With the rates what they are, a death a day basically on Long Island, you never know when you’re going to need it,” Gans said.