Get out of the water! 40 years ago this month, Jaws was released and became an instant classic. Filmed at Martha’s Vineyard, the film was set in Amity, a made-up seaside resort town on Long Island. Even though it likely gives you nightmares, it’s hard not to watch the Spielberg thriller over and over and over again…or maybe you could only bear to watch it once. Regardless, there’s probably a thing or 12 you don’t know about the flick.

3. Jaws’ budget was originally about $3.5 million, but the film wound up costing $9 million. That’s okay, though, because it only took 78 days for Jaws to become the highest-grossing film ever in North America at the time. The monster flick has now grossed over $470 million. Side note: $9 million is quite the bargain these days as it now costs about $200 million to make a movie. 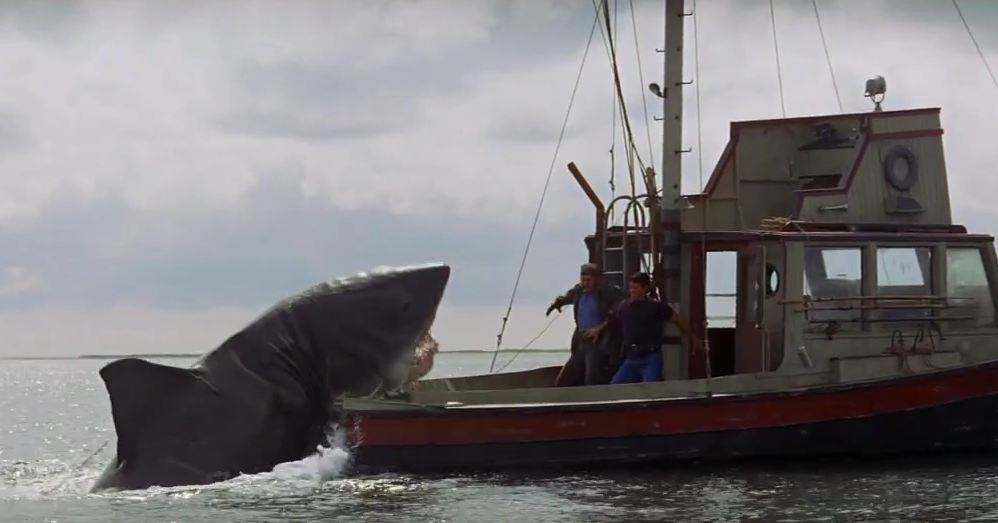 4. Money wasn’t the only production woe of the film. It was supposed to take 55 days to complete principal photography. It took a whopping 159 days. We think it was worth the wait.

6. Spielberg hated the film’s theme song, composed by John Williams, at first but ultimately came around. The end result? One of the most recongizable theme songs ever.

8. Spielberg referred to the shark as “The Great White Turd” when he got cranky. During better times, the shark went by “Bruce” after his lawyer. The crew also reportedly called it “flaws.”

9. The shark probably earned that nickname because it made like the Titanic and sunk when it was placed in the ocean. To be fair to the poor guy, it was not tested in water before production began. 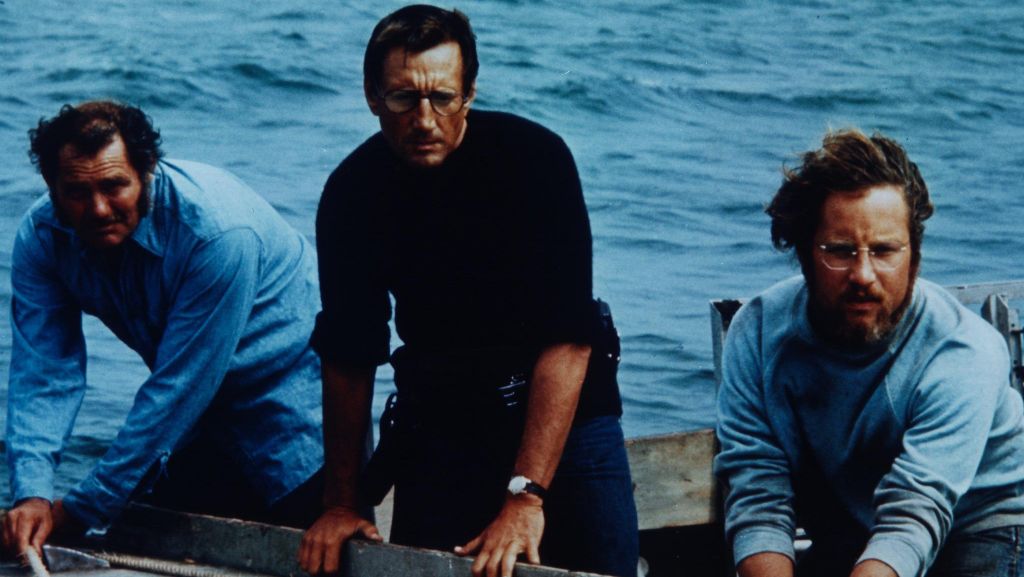 10. Speaking of the Titanic, the boat, the Orca, sank, too. The worst part was that it took the camera with it. Thankfully, the footage was salvaged.

11. The sharks looked about 25 feet long but were actually only 14 feet long.

12. Fate stepped in and saved Hooper. While filming a scene of real great white attacking a cage, the shark got tangled up in a rope and demolished it. Spielberg loved it and re-wrote the scene to have Hooper escape. In the book, our guy Hooper was not so lucky.