Did you know George Washington authorized the Montauk Lighthouse? Or that Montauk played a key role as part of the Eastern Coastal Defense Shield during World War II? What do you know about the old fishing village, Fort Pond Bay?

A nationwide audience can bolster its knowledge of Montauk trivia and enjoy stunning photos in Images of America: Montauk, on sale now.

“I wanted to share with readers a rare pictorial look at Montauk over a span of 135 years,” said Montauk Library archivist Robin Strong, who authored the book with Montauk Library.

Strong has worked with the library for more than a decade and would likely win any game of Montauk Trivial Pursuit. For her, the best part was hearing the personal stories of longtime Montauk residents and seeing their photos. 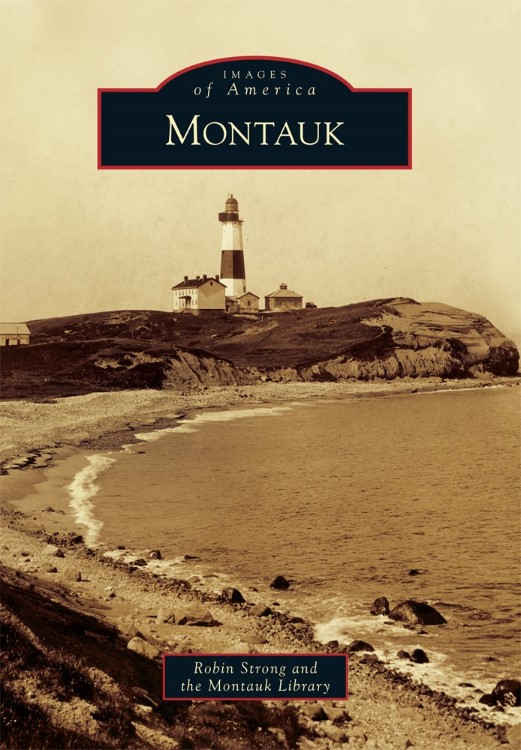 Did you know George Washington authorized the Montauk Lighthouse?

“They told a lot of interesting stories and anecdotes about growing up in Montauk, the prohibition,” she said. “There’s just so much history here.”

It’s impossible for Strong to pick just one photo or story that stands out to her. She has such a passion for Montauk; it’s clear. Readers will see that in this extensive book, which includes 135-year-old photos.

“We have photographs going back to the 1880s, which is not only early for photography, but the earliest pictures of Montauk,” Strong said. “A lot of the pictures are from the pioneers of Montauk. They shared with us their family pictures.”

Now famous for its exceptional fishing grounds and as a world-class oceanside resort, Montauk remains as photogenic as ever. It has avoided constant development; more than 70 percent of its land is preserved in parklands at the state, county and local level. For beach lovers, Montauk is the East End’s picture-perfect paradise.

“My favorite thing is that when you come into town and you just see the expansive ocean,” Strong said. “I don’t think any of the other towns on the East End have the town right at the beach, right at the ocean.”