Question: what do Royal Pains, Taylor Swift’s Blank Space and The Blacklist all have in common?
Answer: they were filmed at one of Long Island’s Gold Coast mansions.

Hollywood has fallen in love with Long Island’s historic properties. You can’t blame them. Take Hempstead House at Sands Point Preserve, for instance, you step through those doors and you’re transported to another time. One of a gilded era of speakeasy glamour, where the Guggenheims threw elaborate, lavish parties. In addition to being the setting for several scenes in The Blacklist, about 10 other film crews used Sands Point Preserve in 2014 for magazine shoots, commercials, TV shows, music videos and movies. At Oheka Castle, where Blank Space was filmed, that number is between 24 and 30 a year and the Old Westbury Gardens where Royal Pains is sometimes filmed has been used in more than 20 major films since the 1960s. 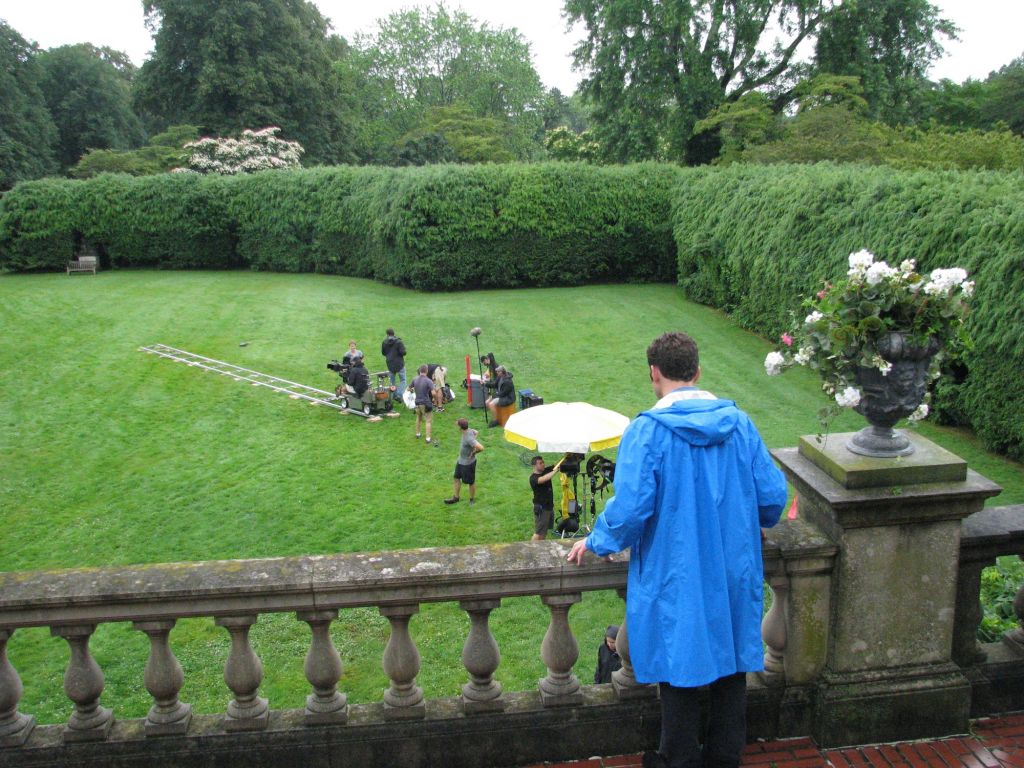 Between the 1890s and the 1930s, more than 1,200 mansions were built on Long Island’s Gold Coast. Today, only about a third remain. Maintaining them is no easy or cheap task. Something Hollywood is helping out with through filming. Most of, if not all, the mansions charge a fee for film productions but in addition to the monetary compensation film crews often make updates that help preserve the mansions.

“We started allowing filming here in 2010,” said Friends of Sands Point Preserve Executive Director Jean-Marie Posner. “The filming we encourage and they may wallpaper a room with authentic wallpapers from the time period, it really benefits us.” 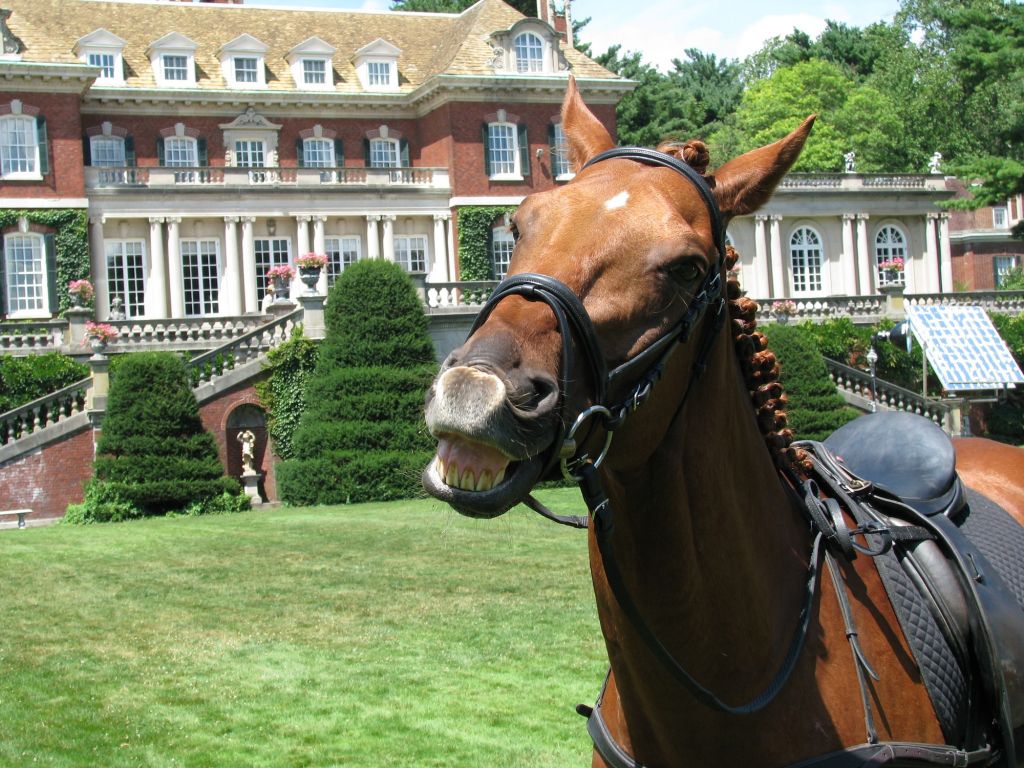 A horse having fun on the set of Arthur at Old Westbury Gardens. image: vince kish

Tax incentives from the state of New York for filming helped make Long Island a destination for the industry, according to Debra Markowitz, Director of Nassau County Film Office. And then there is the TMZ. Not the celebrity gossip site. TMZ stands for the 30-mile radius from the studio, often based in Manhattan, that union film projects determine pier diem rates and driving distances for crew. Many Long Island mansions fall into that zone.

For Oheka Castle, the shooting isn’t the biggest part of their business, weddings and events are, but according to Nancy Melius the filming has certainly helped create buzz.

“Blank Space bumped us up on the cool meter,” she said of the filming of the Taylor Swift music video. Someone on another shoot at Oheka had recommended them when Blank Space was filmed, which according to Melius is how it normally works.

Melius, Kish and Posner all said it’s incredibly cool to see what the film crews will do and to spot the places in Hollywood, something all Long Islanders can also agree with.