Yes, scientists say, monkey do if we do it genetically: we share a high percentage of DNA with our chimpanzee cousins, which makes them our closest evolutionary relative. According to anthropologists, we’re also culturally similar to simians and in the new book Primates of Park Avenue  by WednesdayMartin, you’ll how some are more alike than others.

Just after September 11, 2001, Wednesday Martin and her husband decided that their downtown Manhattan townhouse wasn’t where they wanted to raise their baby son. Craving distance from tragedy and closeness to family, they decided to move to the Upper East Side.
This would be easier wished than done.

Martin holds a doctorate in cultural studies and comparative literature, and was both fascinated and repelled by the house-hunt itself. Becoming an UES Mommy, she says, requires a certain look: upscale clothing (preferably designer), the “right” handbag (preferably a Birkin), and the right body type (preferably very thin). 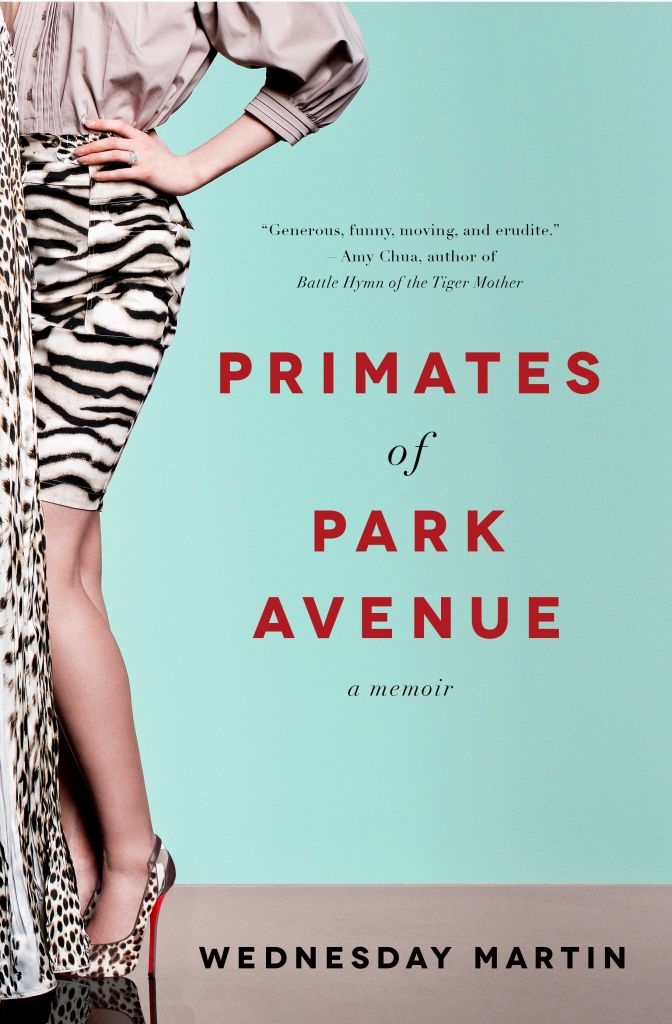 This, she knew, correlates with behavior of primates in the wild: bling, for baboons and bonobos, can quickly move a monkey up the social hierarchy.

Once Martin found the perfect apartment and endured a lengthy and intrusive vetting process, she soon noted that she was expected to find a nanny and the “right” nursery school for her child. Again, easier said: in the frenzy of moving, she forgot to search, then had to scramble to enroll him. After school began, she noticed that she and her son were ostracized by Mean Girls, which also mirrored simian behavior with newcomers.

As years passed, Martin continued to notice correlations between primate behavior and the women who eventually, reluctantly, began to accept her. Even social gatherings were laden with these similarities, but there was also an underlying dark side: alcohol, drugs, and anxiety were common in her newly-embraced habitat.

And then tragedy happened, and Martin began seeing her tribe-mates in a whole new light…

As I was reading Primates of Park Avenue, it occurred to me that there are two very distinct ways of seeing it.

It’s difficult, on one side, to feel much empathy when five-figure-priced handbags are deemed a necessity, where wives get year-end bonuses from their husbands, and dressing up is required to run for a loaf of bread. Even the demanding physical, financial, and emotional changes needed to live where one is initially unwelcome may be unfathomable to some readers.

Conversely, this book is based on a very clever concept: we’re a cultural anthropologist’s dream, and that can be amusingly entertaining. Author WednesdayMartin utilizes her Ph.D. to the utmost here and, though her struggles made me cringe sometimes, her observations and corollaries are astounding, if not occasionally funny and sometimes charming.

Though I ultimately liked this book, I can see where it might not be a good fit for readers who despise anything remotely ostentatious or lofty. If you love seeing how the Other Half lives, however, and you think life is like a zoo, Primates of Park Avenue is a book you’ll go ape over.