Belmont Park Centerplate Executive Chef Anelise Miller, aka Chef Bell, has created the Belmont Stakes menu for four years and every year she said people were happy with the menu, but there was something missing.

“We’d always have that one Long Island original who would say ‘I remember when there was tenderloin on race day’,” Bell said. “And I love that. This place is a classic. I wanted to embrace that feeling.” 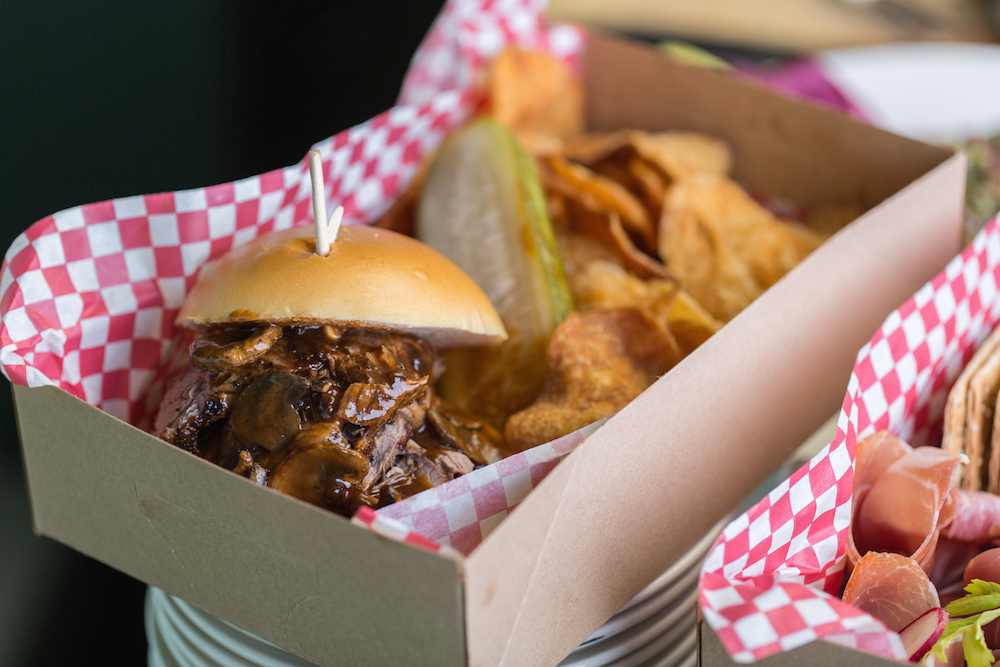 The nostalgia Belmont Park invokes became the inspiration for this year’s menu. When the gates open on Saturday, 90,000 people will flock in. Decked out in fedoras, linen suits and fantastically colorful hats, they will watch as American Pharaoh tries to become the first horse to win the Triple Crown since Affirmed in 1978. And while they wait for that main event, they will  eat. 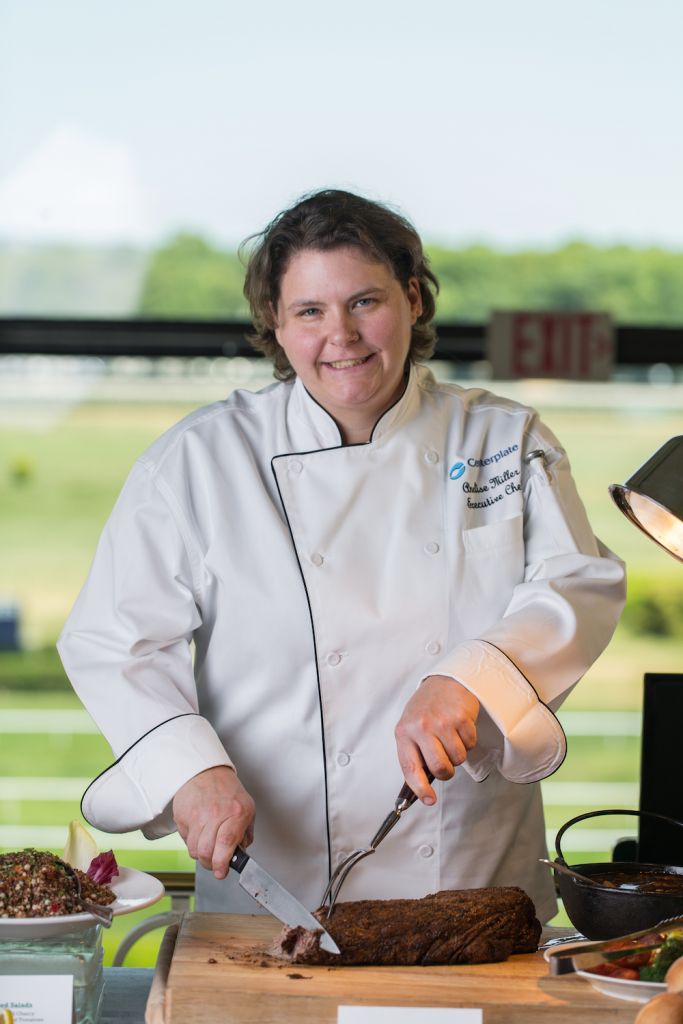 On this year’s Belmont Stakes menu, fans will find made-to-order flatbreads, Belgian waffles and soft-serve ice cream, custom-made footlong hot dogs with an array of local ingredients to choose from. And don’t forget the Belmont Burger featuring brisket, served on a toasted pretzel bun with a layer of pastrami, ‘slaw and homemade Crown Aioli.

“I want every guest to have at least three things they want to try,” Bell said. “We have gluten-free options, vegetarian options and classic Long Island options. If you want chocolate milk, I will find you a chocolate cow.”

Options there are aplenty. Those celebrating in the garden terrace area will have 13 different stations to try such as classic tenderloin, a spread of N.Y. cheeses, composed salads including red quinoa and couscous, sushi and plenty of desserts.

“Can I just pick the desserts?” Bell asked when questioned for her three favorite items. The desserts include cappuccino, strawberry shortcake and double chocolate cakes, three types of pies, half a dozen types of cookies and hand-dipped local creamery ice creams.

While you could spend all day indulging, Bell also suggests trying the slow cooked beef short ribs, the meatballs, which come with spaghetti and the arepas trifecta.

“Arepas might seem nontraditional but they’re a classic for South America which is also big horseracing country,” Bell said. 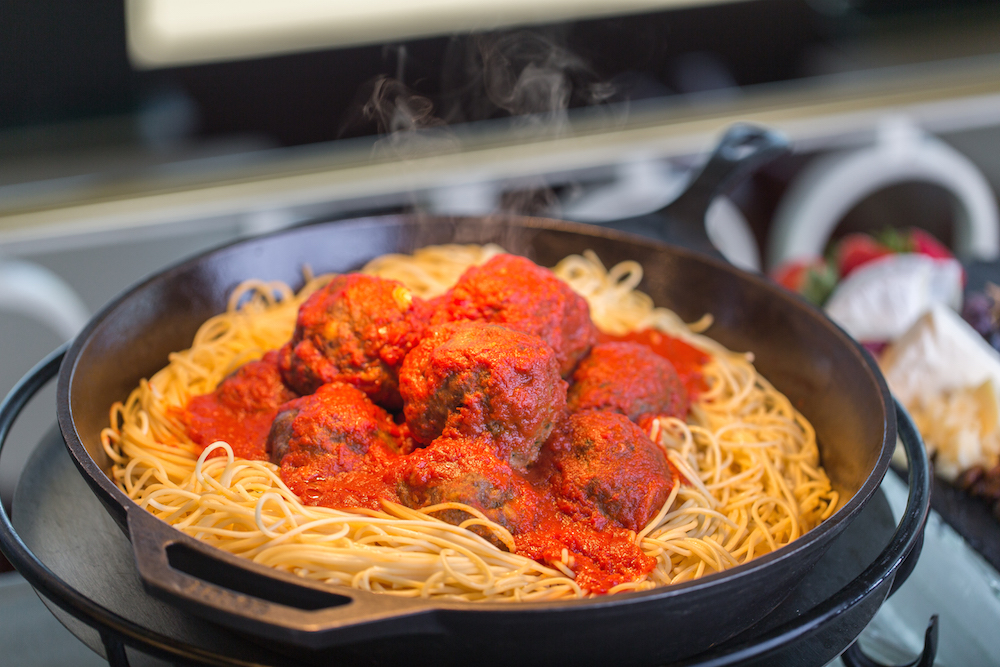 To drink, you should at least try the Belmont Jewel, but there are also wine and beer options including locally brewed Brooklyn Summer Ale, Booklyn Lager, Blue Point Toasted Lager and a Brooklyn produced gin. 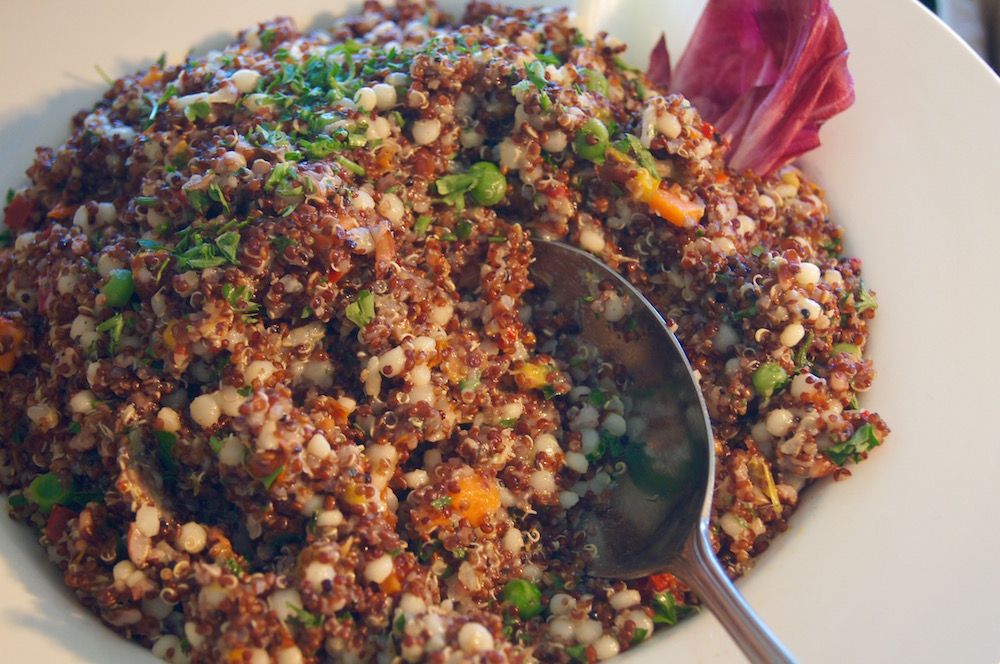 As to whether or not American Pharoh can win, Bell said she has a good feeling.

“This is the horse, but you know one of the beauties of this sport is it’s always so unknown.”