Graduation parties can be a little awkward. Don’t get us wrong, it’s not as bad as that Bon Jovi lyric you chose for your senior quote, but still.

“Most of these graduation parties have a mixture of friends, family and then parent friends, so a lot of these people don’t know each other,” Event Kings Founder and CEO Terry Vogel said.

Luckily, there’s a party theme that will help you avoid making all your guests feel like freshmen: a casino.

“If you don’t really know anyone, just go up and start playing and you wind up meeting a lot of people around the table,” Vogel said. “It makes it a lot of fun and memorable.” 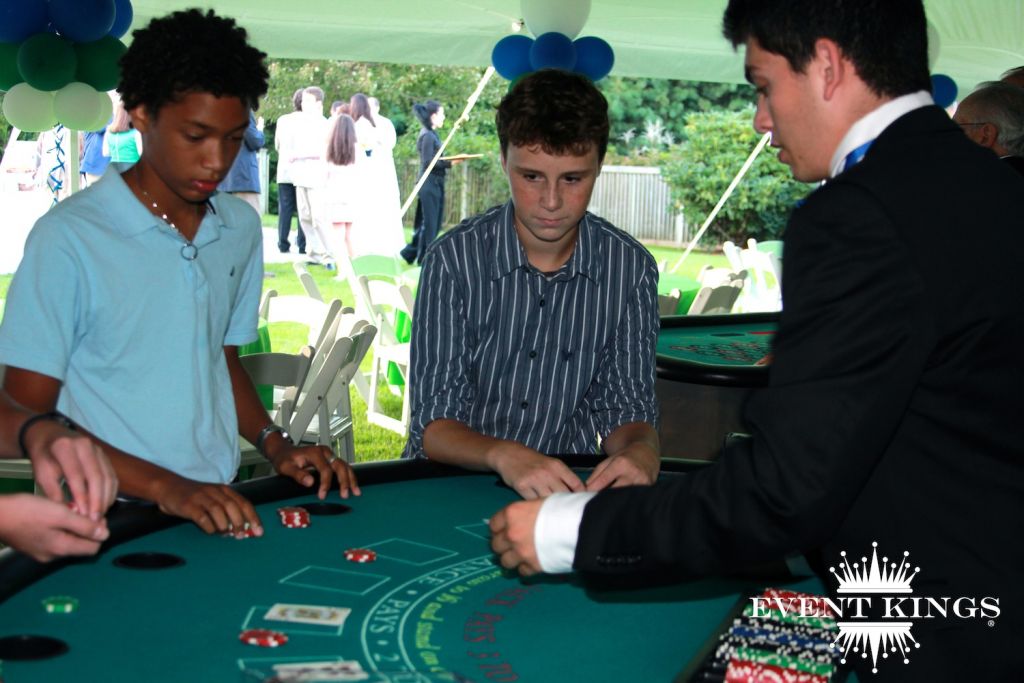 Have fun money for your guests to use. Vogel suggests putting your child’s name on it and some information about the college they will be off to in the fall (a bittersweet thought, no?). Event planning companies, like Event Kings, can make all this part of a package.

Graduation parties aren’t Super Sweet 16s, over-the-top with a pop star giving a live concert.  Though some people have performers (“It really goes to the budget and individual,” Vogel said.), most spring for the DJ. It’s a happy medium between your Spotify playlist and live entertainment. Let your kid have final say on the tunes. Most people start calm and have it go more top-40 as the adults file out. One biggie to keep in mind: Respect your neighbors and watch noise level. “You have to find out what the town ordinances are,” Vogel warned.

Vogel loves balloons for graduation parties. “They’re very colorful,” she said. Get ’em in the color of your child’s college or high school. As far as shading, Vogel favors umbrella tables over a big tent, though you might want to have one on standby in case Mother Nature isn’t on your side. “Maybe put some pop ups over the buffet table or an underneath area on the patio to put the food under,” she recommended. 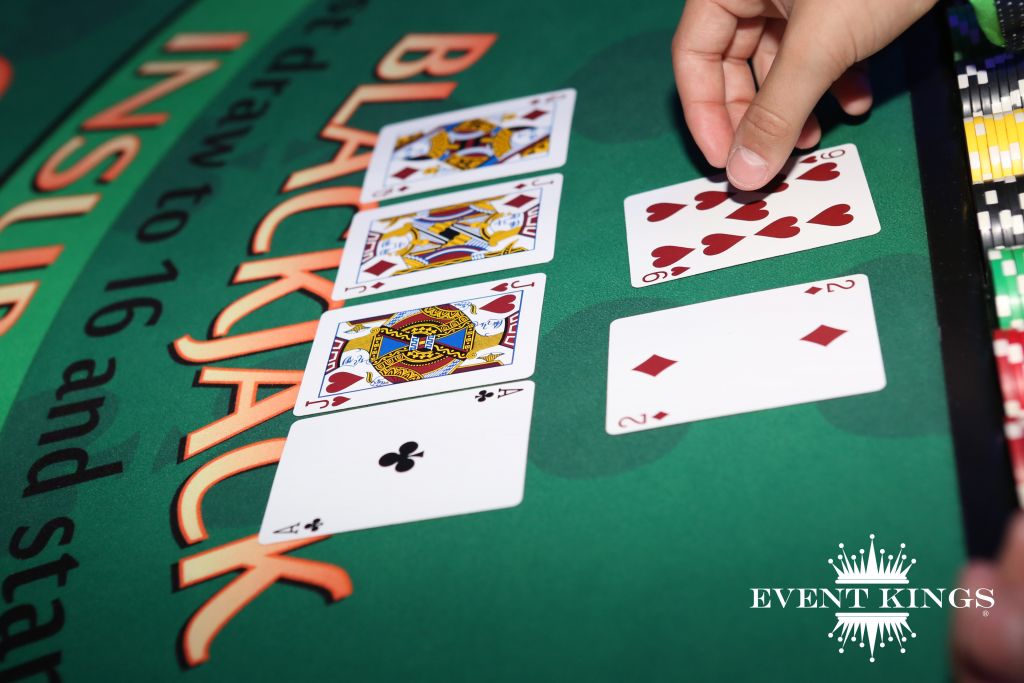 Foodies, we hope you’re sitting down for this one. Food is not the focus of a graduation party, celebrating the graduate is. “At this age, 12th grade, they worry about everything and how their friends are going to perceive things,” Vogel said. “I feel like a barbecue is the most informal, simple thing you can’t get wrong.” Companies like Event Kings will send someone to barbecue for you, or the parents can do it themselves without adding to the stress of planning the party, their kid going off to college and all the other stuff parents have to worry about. Put usual party snack fare by the game tables so people can nosh while they play.

A great perk to going with the casino party is that people will be kept busy. Don’t go Atlantic City, with cocktail waitresses bringing around drinks. Instead, opt for a bartender. That way, the under 21 crowd will have to walk past a whole bunch of eyes on their way to the bar.

In the end, remember who the party is all about: your child. Bring him or her to planning meetings and really listen to what he or she wants. “A lot of times parents are throwing a party and they don’t take into consideration what would be good for the child graduating and their friend,” Vogel said. Don’t be that parent.