Simply put, bees are priceless. Yes, I’m talking about those 15-millimeter long, light brown things that buzz around. They’re responsible for pollinating more than 90 varieties of fruits and vegetables worldwide, not to mention the desserts their honey helps make.

What would Nick & Toni’s chocolate honey cake be without honey? Or the almond torte, or tartufo?

Nick & Toni’s Chef Joe Realmuto uses buckets of honey, which he gets from the bees that call the East Hampton eatery’s vegetable garden home, in the restaurant’s dishes. 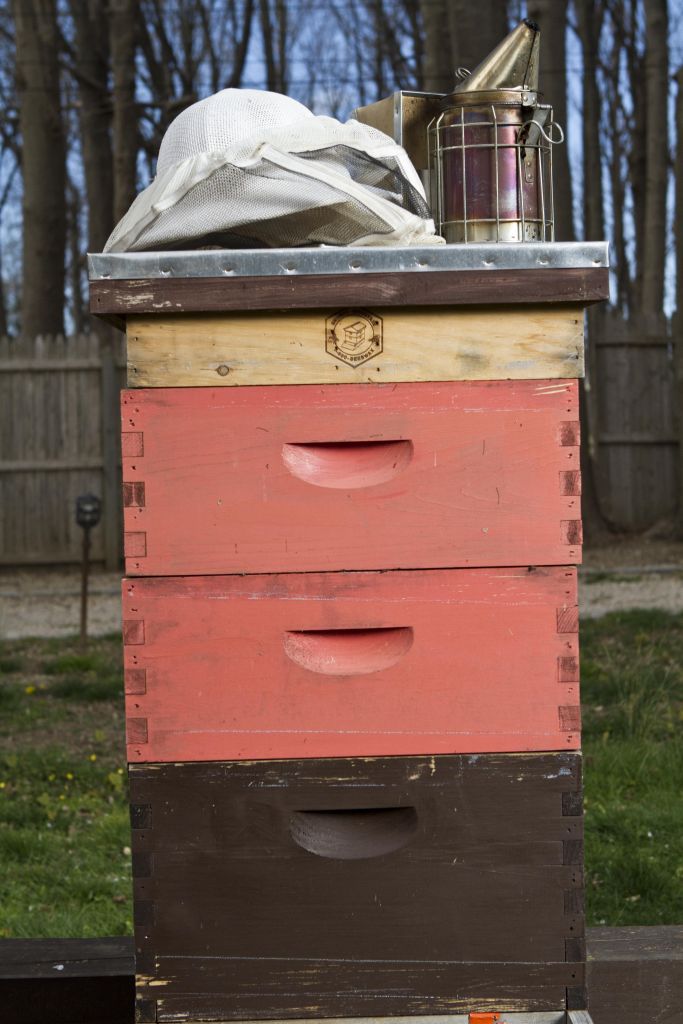 “It’s food for the farm and good for the bees,” Realmuto said. “Bees are the perfect fit for what we do.”

Managing those bees is Long Island beekeeper Mary Woltz, who has taught Realmuto about the different flavor profiles of honey. Since Nick & Toni’s has a vegetable garden, its honey tastes different than the honey next door, which is surrounded by buckwheat and has a darker, caramel taste.

“I could tell you which hive each jar of honey came from with a taste,” Woltz said, adding that she was grateful for the farmers that let her keep bees on their land as it results in so many different flavors of honey. 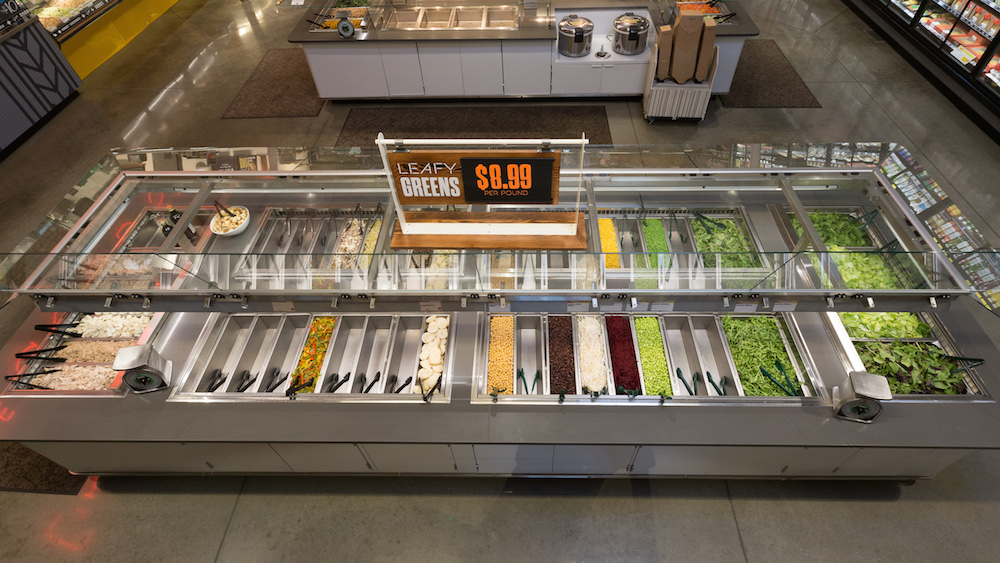 “It’s very dramatic,” Lee Kane, mission and culture coach for Whole Foods Market said. For the past three years, Whole Foods Market’s Share the Buzz campaign has picked one section of the supermarket to demonstrate what would happen if bees and pollinators were to disappear.

“We’d have food to eat if all the honeybees and pollinators were gone, but it would be boring, dull food,” Kane said. “The food that brings joy and pleasure would be gone.” 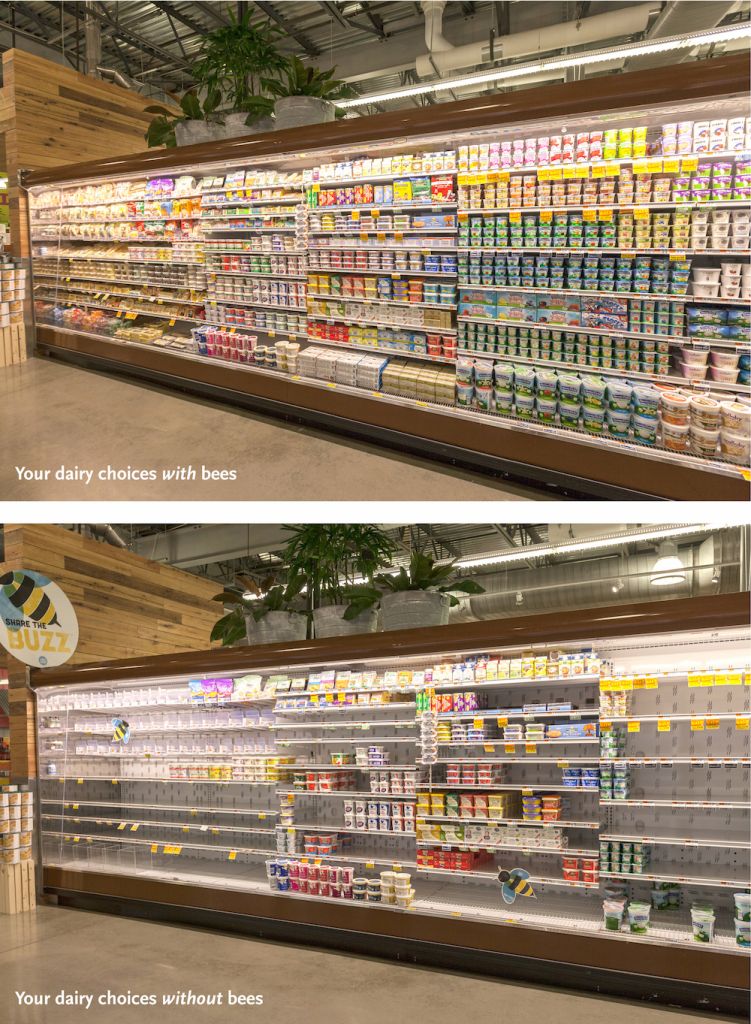 Between 2005 and 2013, honeybee hives died at an average rate of 30 percent. In 2014, it was 40 percent. No one knows exactly why honeybees and other pollinators are dying. Theories include disease, a parasite, pesticides, extreme weather, poor nutrition and then there’s colony collapse disorder which also causes mass deaths for reasons unknown.

One mission of Share of the Buzz is to raise awareness for the plight of honeybees through social media. As incredible as the die-offs have been, bees aren’t as easy to care about, as say polar bears. They just aren’t cuddly despite Kane’s love of bees.

“I’m fond of the little critters, they’re such fascinating life forms, fun to be around,” Kane who is also a beekeeper said. 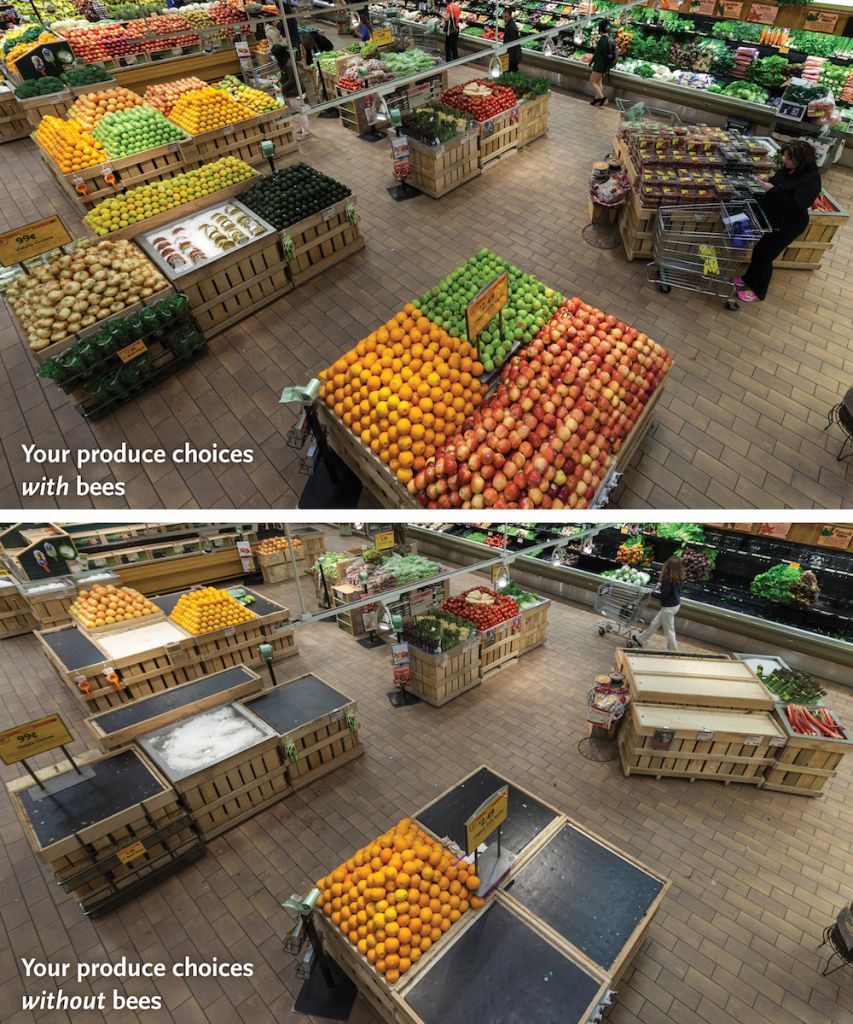 It’s a sentiment Woltz shares. Like, Kane, Woltz came to beekeeping after learning about the troubles of the bees, falling in love with the critters and teaching herself as much as she could about them. Both advise helping bees by protecting their habitats.

As part of Share the Buzz, Whole Foods Market works with The Xerces Society donating more than $460,000 to help create or improve 169,000 acres of pollinator habitats in the U.S. 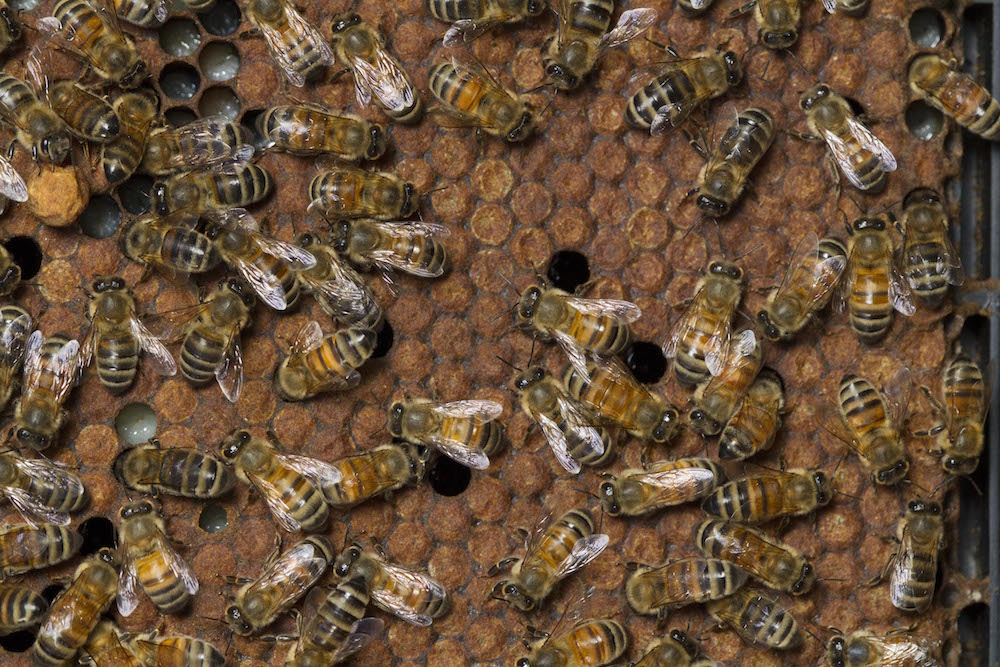 Other ways Kane and Woltz say people can help the bees are through simple lifestyle choices: eat organic food, plant native, pollinator-friendly plants and flowers, don’t use pesticides or chemical sprays and tell the story of the bees.

No need to fall as in love with bees as Kane and Woltz, but if you love those honey desserts, you probably should care about the bees.