Every night, just after supper and all summer long, your father wanted to play catch.

Back then, it rather surprised you that he loved throwing a ball around, listening to it thwock into a glove, talking about everything and nothing. It’s not like he didn’t have other things to do; you surely did, but you indulged the old man anyhow.

Fathers and sons, says Kevin Cook, sometimes have difficulty connecting. But in his new book The Dad Report he says there’s always baseball…

In 1939, when Babe Ruth and Ty Cobb were the first inductees into the Baseball Hall of Fame, their speeches were brief, just a few minutes long. “Over time,” says Cook, “the speeches got longer… [and] many inductees have shared the honor with their dads.”

Cook probably would have done the same. 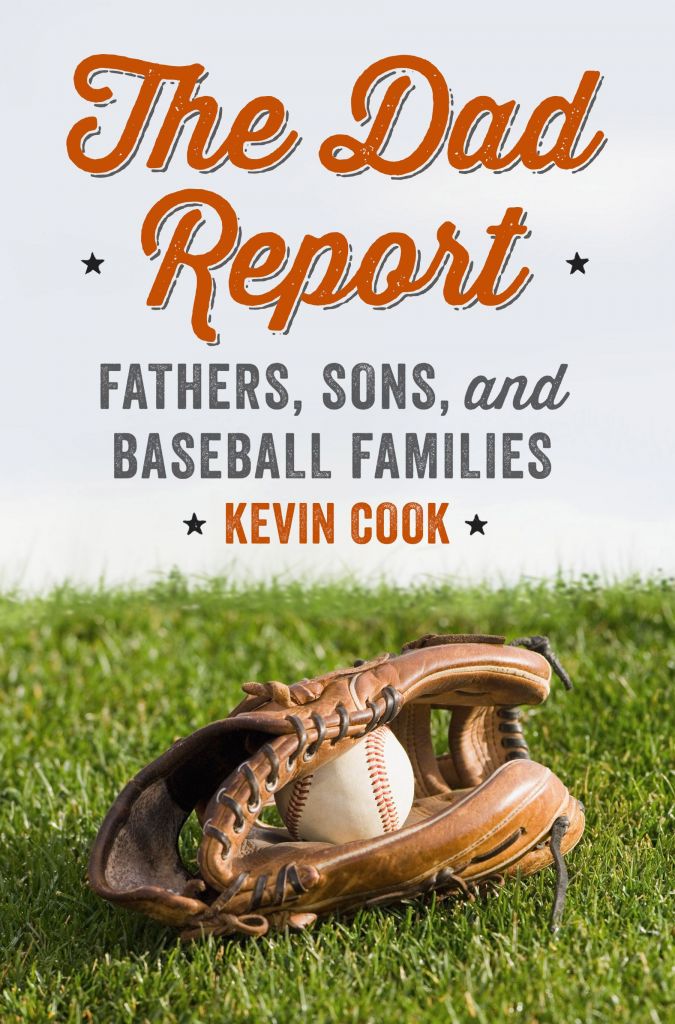 His father, Art Cook, was a minor league pitcher in the 1940s and ‘50s, something Cook never fully realized until he was grown. By then, says Cook, “We didn’t talk much…” but “we could always talk baseball.”

Other fathers have discovered that common ground, too – especially within MLB families, where baseball isn’t just a thing. It’s the only thing.

Take Ron Davis, 1981 All-Star reliever for the Yankees, now coach for “an elite travel team of middle schoolers.” Just as he was for himself and his son, Ike, Davis is a “taskmaster” when it comes to his players because he understands how sacrifice leads to achievement: Davis and his wife packed up and moved to Arizona years ago, to support their son’s family and his major-league career.

Marlins’ pitcher Dan Haren Jr. remembers how his father forced him to practice throwing every night after school, and how he hated his father for it. Pete Rose recalls the “let-it-all-hang-out ‘70s,” when ballplayers brought their sons to work, admitting that it was “tough on a daughter.” Buddy Bell of the Rockies remembers pitching against his Seattle-playing son, David, and feeling discomfort at either outcome. Cook writes of the Griffeys and their history-making “back-to-back father-son home runs” despite having a rocky relationship years before; and he writes of Julia Ruth Stevens, a legacy given away, and how she misses her “daddy.”

Although these and many similar stories of strife and troubles are told here, The Dad Report is really a surprising feel-good book.

In sharing the story of his own father and their relationship, author Kevin Cook tells a tale that will indubitably be familiar to men everywhere: fathers and sons butt heads, yes, but that doesn’t diminish the love and, ultimately, the respect they have for one another.

Through recollections from ball players, their families, and teammates, we see how America’s pastime could sometimes be the glue that holds dads and their boys together, and that is as perfect as a summer day in the stands.

For a baseball fan or anyone who’s ever had a game-loving father, this book just can’t be beat. If that describes you or it sounds like your Pops, then The Dad Report is a book to catch.