On April 14, 1842, the rigged packet ship Louis Philippe, on its way from Bordeaux, France, to New York City, was grounded at Mecox Beach in Bridgehampton. The ship’s deck cargo of linden trees, shrubs, and rosebushes was thrown overboard to lighten the load so that the salvage tugs could free the ship by hauling it into deeper water. All of the passengers were saved and the ship itself was eventually salvaged.

As the cargo washed up on shore that day, local East Hampton Town residents on the beach at the time gathered the horticultural specimens from France and planted many of the trees, shrubs, and rosebushes throughout the town. Some of the elm trees that stood along Main Street in East Hampton until the 1938 hurricane blew them down were reportedly from the Louis Philippe shipwreck. 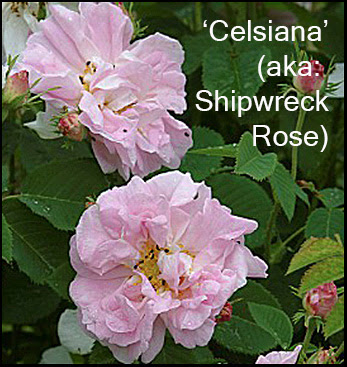 Hampton in 1842 is an old garden rose known locally as the “Shipwreck Rose” (or “East Hampton Rose” or “Louis Philippe Rose”), which continues to thrive in East Hampton gardens today. A very fragrant and winter hardy, once-blooming light pink rose with lovely yellow stamens, the original specimen of the Shipwreck Rose has been passed down by cuttings or transplants for many generations of East Hampton gardeners. Today we know the Shipwreck Rose is actually a Dutch damask rose named ‘Celsiana’, bred in the Netherlands in the early 1700s and introduced in France in c. 1812; it was named after Jacque-Martin Cels, a French nursery grower. 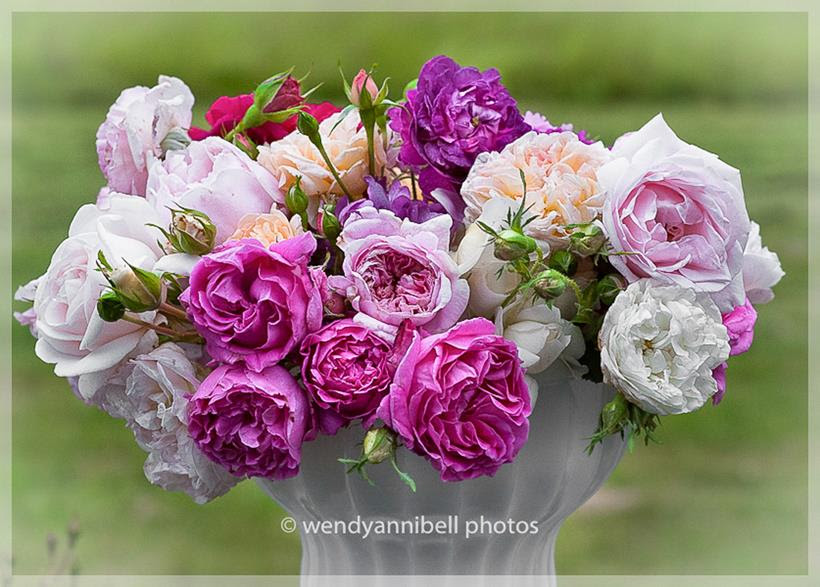 If you happen to see ‘Celsiana’ in bloom in East Hampton or elsewhere, do take the time to stop, savor its beauty, and smell its intoxicating damask fragrance.