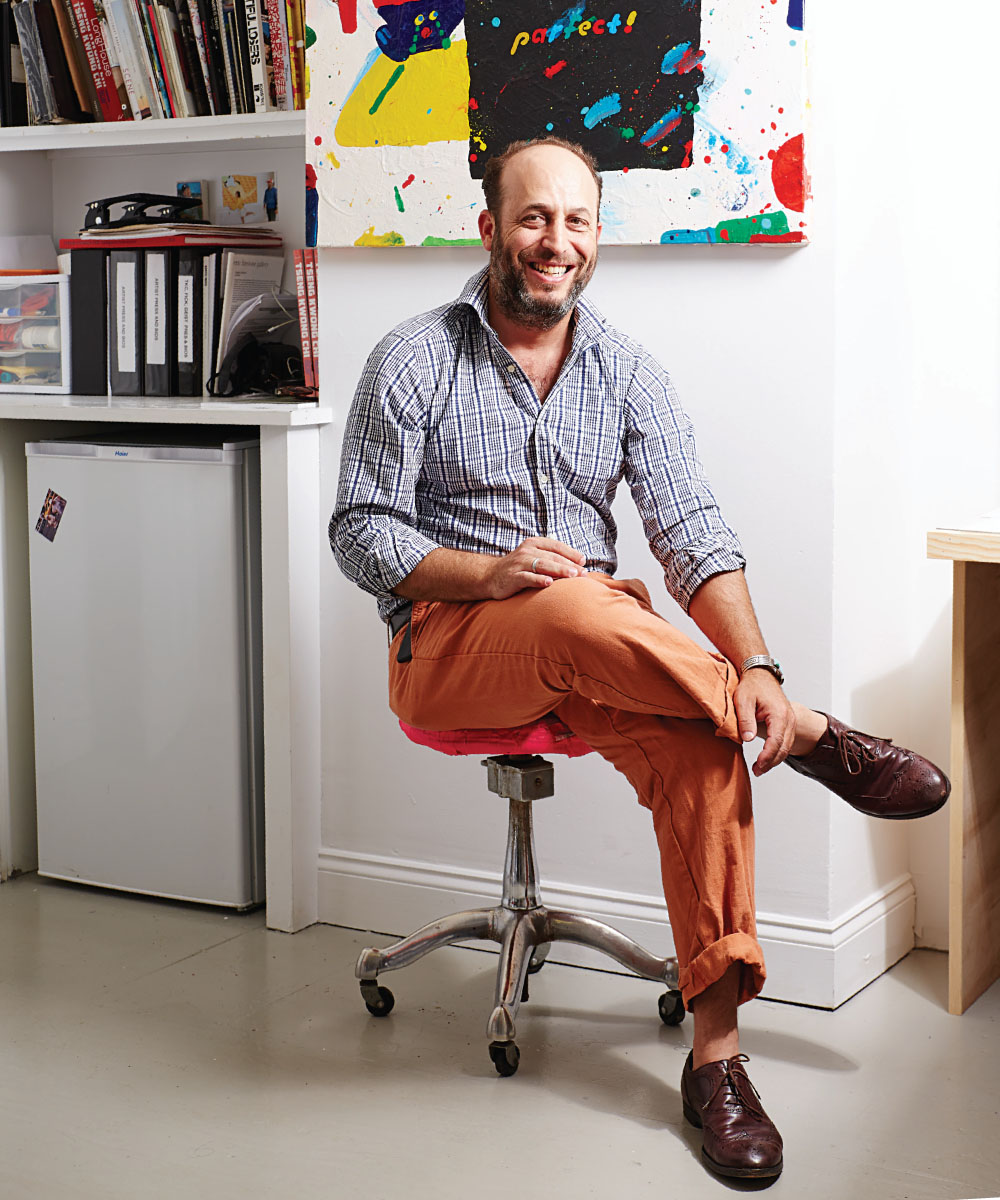 Eric Firestone is not about to say nothing, do nothing or be nothing. His gallery is a home for the artistically brave and creatively free. image: yvonne albinowski

Walking into Eric Firestone’s eponymous gallery in East Hampton, visitors may be taken aback. They may be surprised. Firestone knows that. In fact, he welcomes it. It’s part of why he runs the gallery the way he does. He represents a strong roster of contemporary art that’s cutting-edge, conceptually challenging and hardly conventional. “I try to show work that will make itself be known,” Firestone said. “If you’re looking for subtlety…that probably doesn’t describe my gallery. It’s more about impact—immediate impact.”

There are elements of cartoon-related imagery and street-art meets gallery walls, which he has exhibited heavily, as seen in works by Kenny Scharf and BÄST, but also much more. Firestone has shown artists like Sanford Biggers, whose performances and works blend time and spirituality, and Jen Stark who creates rainbow colored abstractions through impossibly precision-cut paper.

Firestone started his first gallery fresh out of college in Tucson in 1994 at the ripe age of 21. “I was always around art and design and it felt like a very natural thing for me,” he said. He has early childhood memories of drawing lessons at camp at the Lowe Art Museum in Florida. Firestone now lives on the East End, where he was drawn to the beauty of the area and the art-savvy community. “I’m not going to be everybody’s cup of tea, I already know that. [If you want] to escape criticism, say nothing, do nothing, be nothing.”

This month, Firestone plans to make a splash. She Sells Seashells by the Seashore will fill the gallery with anything and everything beach related. He’s invited about a dozen artists who work in sculpture, video, photography, painting and installation to create whatever captures the sense of sun and surf. It’s all brand-new, 2015 work created just for the exhibition and promises to be adventurous, upbeat and unapologetically fun. The collective, Friends With You, whose sole purpose is “spreading the positive message of Magic, Luck and Friendship” will present a sculptural installation. Multi-media artist Max Snow, painter Misaki Kawai and several others will be offering works that Firestone said “involve bringing the beach inside the gallery.” It’s meant as both a celebration and a reflection of the best of summer on Long Island.

SEE IT: She Sells Seashells by the Seashore is a visual beach party of contemporary artists’ responses to water, sand, sun and summer fun. The show will be on view July 10—August 2, opening reception July 10, 6-9pm. Eric Firestone Gallery is at 4 Newtown Ln, East Hampton. (631) 604-2386, ericfirestonegallery.com