The stars seemed aligned. It was a glorious Friday morning, the weekend forecast only called for better and I had just been granted the keys to a 2015 McLaren 650S Spider. There was just one catch: I had to spring the thing from the clutches of New York City. Raising the vertical-lift doors and dropping my legs into the British supercar, my eyes set off in immediate search of the vehicle raise switch—a suspension-jacking toggle that exotic-car owners know is often more necessity than luxury. It had one. Exhale.

Creeping out of Hudson Street’s Manhattan Classic Car Club, a sympathetic traffic officer held back the influx of Jersey commuters from the Holland, effectively tossing me out into the wild of the concrete jungle and all its gawking inhabitants. From a driver’s perspective, it doesn’t take long to realize that, even with the top down, the visibility from the Spider’s cockpit is similar to most supercars: there isn’t much. To compensate for the restricted periphery, its twin-turbo V8 grumbles with the audacity of an outboard sport boat engine and the horn is loud. My presence was announced more than a number of times, on multiple levels.

From an onlooker’s perspective, the Tarocco orange, cab-forward two-seater is next to impossible not to stare at—it literally stops traffic. The steering wheel alone is its own piece of art. Sporting a smaller than average diameter and ornately shaped carbon-fiber inlays, it is function infused with more than a healthy shot of form. Having received perhaps the finest rhinoplasty upgrade in recent automotive history, the 650S makes its predecessor (the 12C) come of as downright bland. Its scoops and vents, although stylized to just the right degree of flair, are still function first, keeping the 641hp cool under pressure (much appreciated during Big Apple bumper-to-bumper jams). 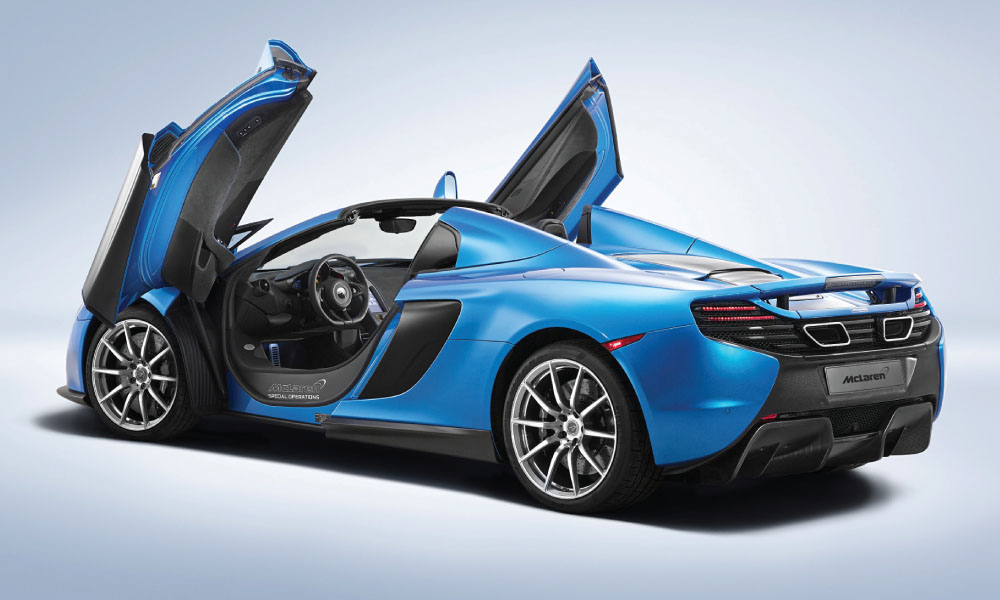 The vertically hinged doors of the spider rise in an elegant, succinct swoop
to reveal the cabin interior. image: mclaren Automotive

All this bundled together made my creep to the Midtown tube only a moderately high-stress event. But there was light at the end of that tunnel.

Emerging onto the Island unscathed, I resisted the temptation to floor it, instead dialing the car’s Active Dynamic Panel (ADP) into the middle “Sport” setting for suspension and engine management, both of which are individually equipped with three settings: Normal, Sport and Track. This more aggressive, yet median choice of throttle mapping greeted me with an audible whir—the Spider’s trot instantaneously became more of a restrained gallop. Leaving the outer boroughs, it was finally time to let her run, the morning’s headaches quickly receding in the rearview.

Dialed in to track mode, the power of the 650S is brute, but as manageable as it needs to be. Sprinting toward the South Shore in full automatic showed a power band that is strong, but linear. Throttle stomps are met with little whiplash, as constant force prevails. If you like it rough, break out the paddles. Optimally placed, they may be diminutive in stature, but fully release the car’s bat-outta-hell levels of performance. Expect to be rocketed from 0-60mph in a mere 2.9 seconds—if you’re quick enough to avoid redlining. 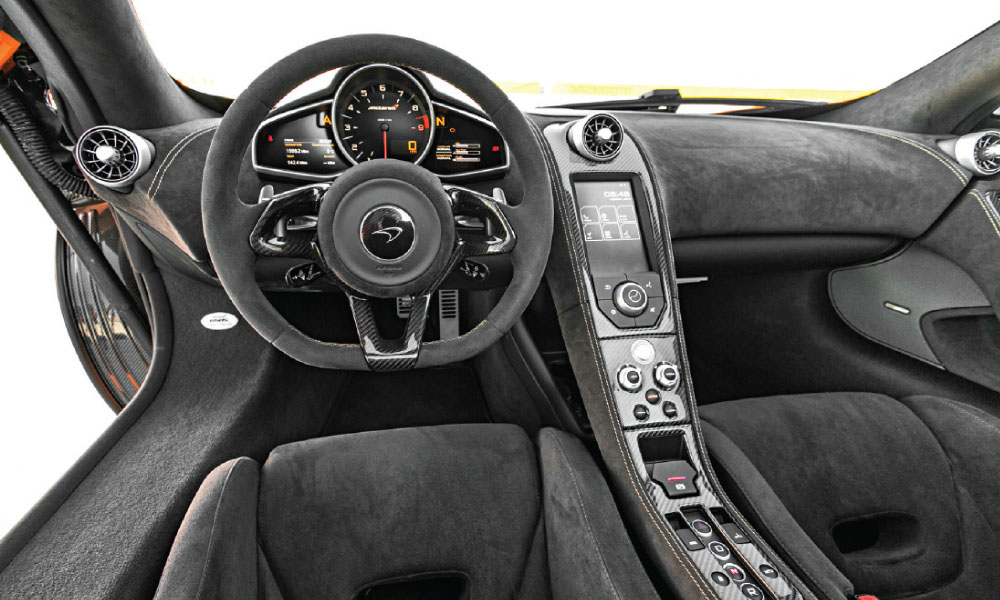 Maintaining a legacy in Formula One was clearly McLaren’s first priority when reentering the consumer market in model year 2012. But just a few short years later, a commendable balance has been struck. In comparison to the 12C it replaces, the 650S boasts a 75% difference in parts and a healthy dash of refinement. Its cabin is by no means spacious, but is not cramped. Those choosing to embrace the trend of the “dad bod” will hardly feel shoehorned in. Accoutrements are minimal, but nothing has been overlooked, aside from maybe a couple of speakers. With the roof retracted, it’ll be hard to hear music at even moderate speeds, though the push of the pedal offers gracious auditory compensation.