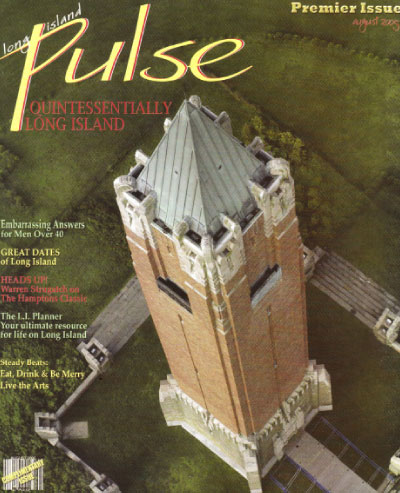 Pulse’s dramatic aerial shot of the Jones Beach Needle that graced the inaugural issue’s cover raised a stir. Residents in the area got nervous about an aircraft strangely circling the tower and, well, we heard about it. 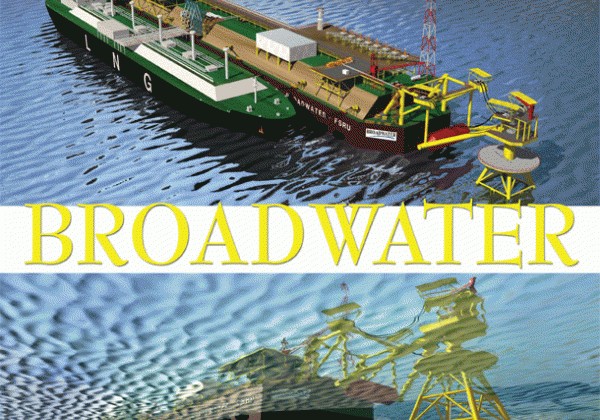 The Broadwater terminal, a supertanker filled with liquid natural gas, does not blight Long Island Sound thanks in part to an award-winning cover feature written by News 12’s Pat Dolan in our first-anniversary issue.

Heroin: A Truth by Pete Baggs (September 2009), struck a chord with readers and was among the first in-depth stories on the subject to appear in a Long Island media.

The Big Lebowski is the office’s favorite movie, copious quotes from the Coen Brothers cult classic can be heard in our hallowed halls. 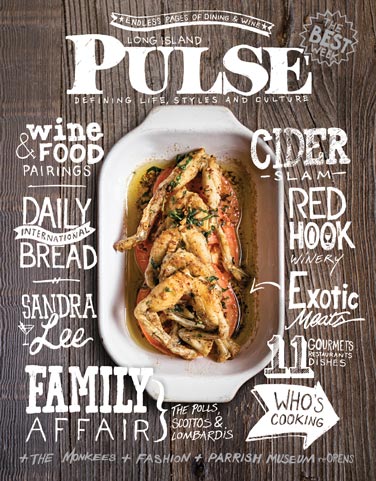 Art director Kenny Janosick elevated frog’s legs to high-art with his cover for the November 2012 Food, wine & spirits issue. His work won a society of Publication Design Merit Award, putting Pulse in the same league as Esquire and Vogue.

Pulse’s Suffolk headquarters started life as a warehouse for the now-defunct Patchogue Stationary. Nada, publisher and editor, got to build the space out from scratch, designing it to match the flow of how the magazine is put together.

At least four Pulse writer/ musicians (Alan Semerdjian, Rorie Kelly, Johnnie Pierre and Brian Kelly [no relation]) have released albums and play live around the tri-state area. Occasionally it works the other way: former Public Enemy frontman made a cameo writing for Pulse, as have countless other musicians.

Pulse’s first cover party celebrated the release of the February 2008 Art & Music issue and was held at the Art League of Long Island’s Jeanie Tengelsen Gallery in Dix Hills.

Pulse Rate has been a fixture on the last page of this magazine since the first issue and to-date has offered around 1,200 nuggets of trivia. This issue marks the last iteration to be penned by Michael Isenbek, who has appeared on our masthead in some form since 2005.

NEXT MONTH: OUR STYLE ISSUE

*the information provided by Pulse Rate is not static and therefore not intended to be an indisputable statement of fact, but it might help you win a bar bet.