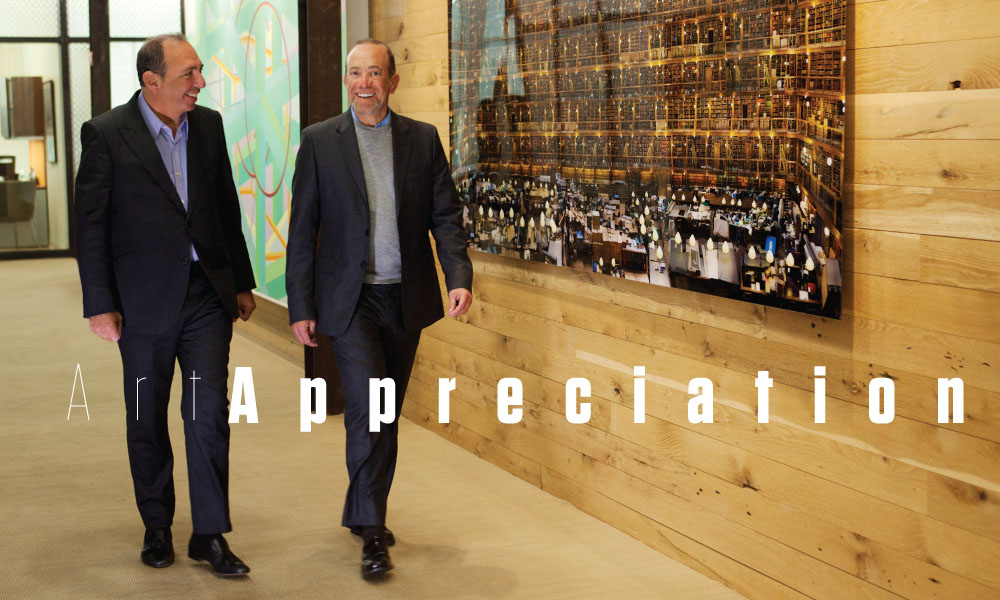 When it comes to investing, profit and pleasure don’t have to be mutually exclusive.

It took just 12 minutes to sell a version of Edvard Munch’s “The Scream” for a record $120 million at a Sotheby’s New York auction in 2012. Two years earlier, Pablo Picasso’s “Nude, Green Leave and Bust,” sold for $106 million.

These figures are staggering- albeit rare– but prove art is still one of few assets that can be both an investment and a source of please. According to a recent report by the European Fine Art Foundation, the international art market increased 8 percent from a year ago, reaching $65.8 billion. That’s just shy of the best year on record back in 2007. “Fine art can be a great asset class, especially for diversification purposes,  said Garden City-based wealth adviser Bradford Pine. 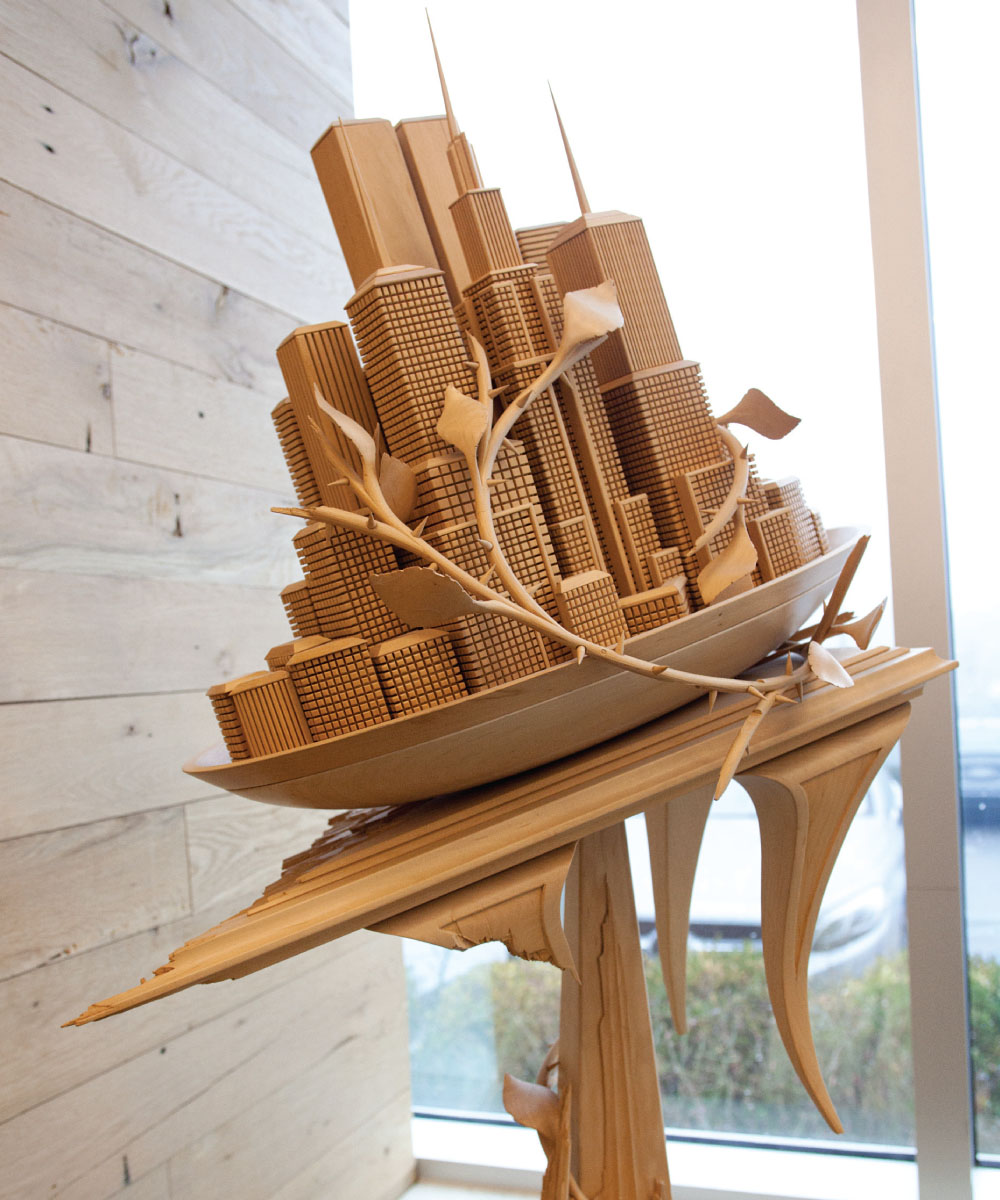 There are more billionaires on record than ever before and that buying power is greatly influencing the art market.

The path to curating a portfolio through art is tricky: quality research can be hard to find, unscrupulous dealers jump at the chance to sell overvalued work, finding buyers in a capricious luxury market takes a shrewd networker and transaction fees are sometimes stunning. Investors can’t control all the factors, and the one thing they can control might be the hardest of all to quell: emotion. “Someone who regularly makes wise financial decisions can be overtaken by passion and sentimentality,” Pine said. “Many initially acquire art for investment appreciation, but over time that can become secondary to the joy of owning a precious work and they then never wish to sell it.” 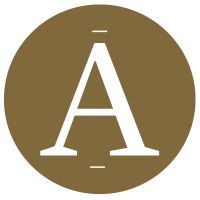 Art can be a safe bet

Because it’s a luxury market, turns in the economy play a big role in the number of art buyers and what they are willing to pay. Conversely, there are more wealthy individuals than ever before and they are having an impact on prices

“There’s a lot of pressure at the top of the market,” said Manhattan-based lawyer and art collector Peter Hort. “There are more museums and more billionaires driving up prices.”

Still, investment-level works have proven to be relatively safe assets that typically appreciate more than money sitting in the bank, but still less than the big indexes. “We have a database of almost 45,000 repeat-sale painters and the average return of all of those items is a little bit more than six percent across all collecting categories globally,” said Michael Moses, co-founder of the Mei Moses Fine Art Index, which tracks the sale of art at public auctions. “If you look at the inflation for the same holding periods, it’s running at three percent. And if you look at the S&P returns, it runs eight or nine percent, so the return on art is in the middle.”

Emotions always enter into the decision to buy a piece, even at the highest levels. According to the Barclays Bank white paper “Profit or Pleasure? Exploring the Motivations Behind Treasure Trends,” only 18 percent of respondents stated they own art purely as an investment and merely 21 percent believe it will provide financial security if conventional investments fail. A financial gain, however likely, is rarely guaranteed—meaning the social aspect of buying art, from meeting gallery owners and the artists to attending auctions and the prestige of owning the work, plays a big roll for buyers and sellers. 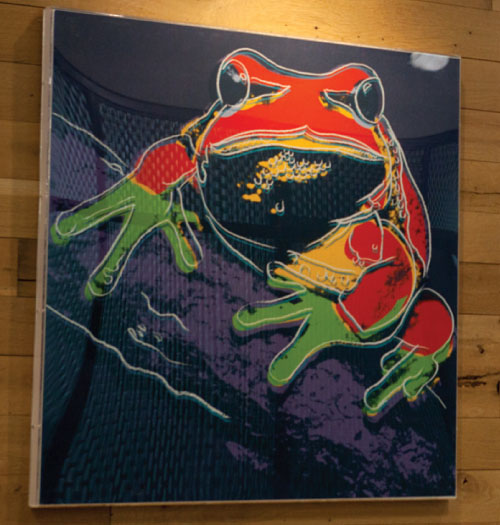 Moses takes a more pragmatic view when it comes to buying art for pleasure or as an investment. It starts with your sofa. “Figure out how much you spent for your couch. Say you spent $5,000 or $10,000 on it. If you’re thinking of now putting a painting over your couch and spending the same amount, then you should treat the painting like the couch. Enjoy your painting like you enjoy your couch. At the end of a sofa’s life its financial value is zero and you haul it to the curb. You should assume the same return from the painting.”

Being an investor-turned-collector with a habit of falling for works and not relinquishing them easily has its own kind of reward because those works can serve as collateral, usually pending a professional appraisal. “Banks know those who collect fine art are generally the kind of customers they want,” said Hort. Banks will often accommodate such individuals for private banking, exotic mortgages, specialized insurance, credit cards, trust and estate services, lending against their collections. Part of the idea is that clients willing to invest in long-term assets like art tend to not be fickle. An ancillary benefit is also the potential network: the client could provide access to more high profile clients. 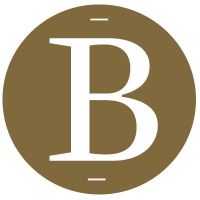 Buying art sounds like a highly refined activity, until you consider it’s harder to buy a $110 share of Apple than it is to blow thousands on a work in a gallery. “Over the last four to five years the market has become overvalued,” said collector and real estate developer Mitchell Rechler, who decorates his Long Island commercial properties with 20th-century contemporary works. “Like the New York City real estate market, there is a lot of investment money throughout the world chasing a limited amount of product.”

A third-generation art collector, Mitchell and his wife Debbie own more than 100 contemporary paintings, photographs and sculptures and have never sold one. A work that speaks to an investor is certainly part of the equation, but buying the right piece takes more than that. “You can’t just say, ‘Oh, I like that one. I want to bring it home,’” said Moses. “That’s fine, but don’t expect a financial return beyond the joy you get from buying and living with it.”

The Provenance of Art 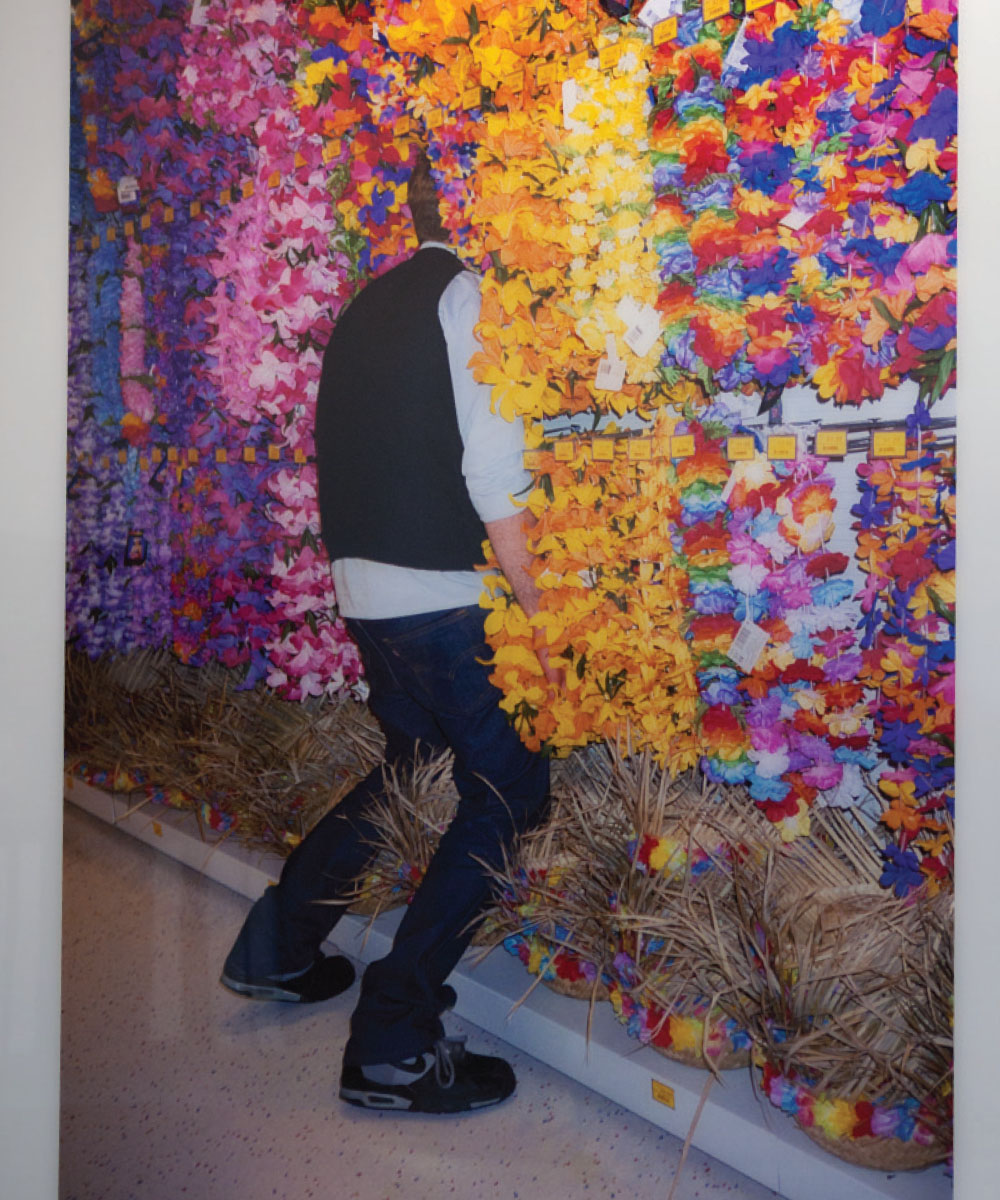 Proving a piece of art’s provenance requires tracing its historical record, usually through paperwork, starting with the artist and including each point at which the work changed hands. As the work passes from person to gallery to museum to person, the provenance tags along. But it’s about more than proving authenticity through appraisals, it’s also a record of the social and economic climate of the times.

The reputation of a work’s previous owners plays a big roll in provenance as well. “When a high caliber collector owns a piece there is value added, no question about it,” said Janet Lehr of Vered Gallery. “It’s incorporated into the provenance. It matters, like the prior owners of a house. There are bragging points linked that bears on value. It doesn’t establish value, but it bears on value.” 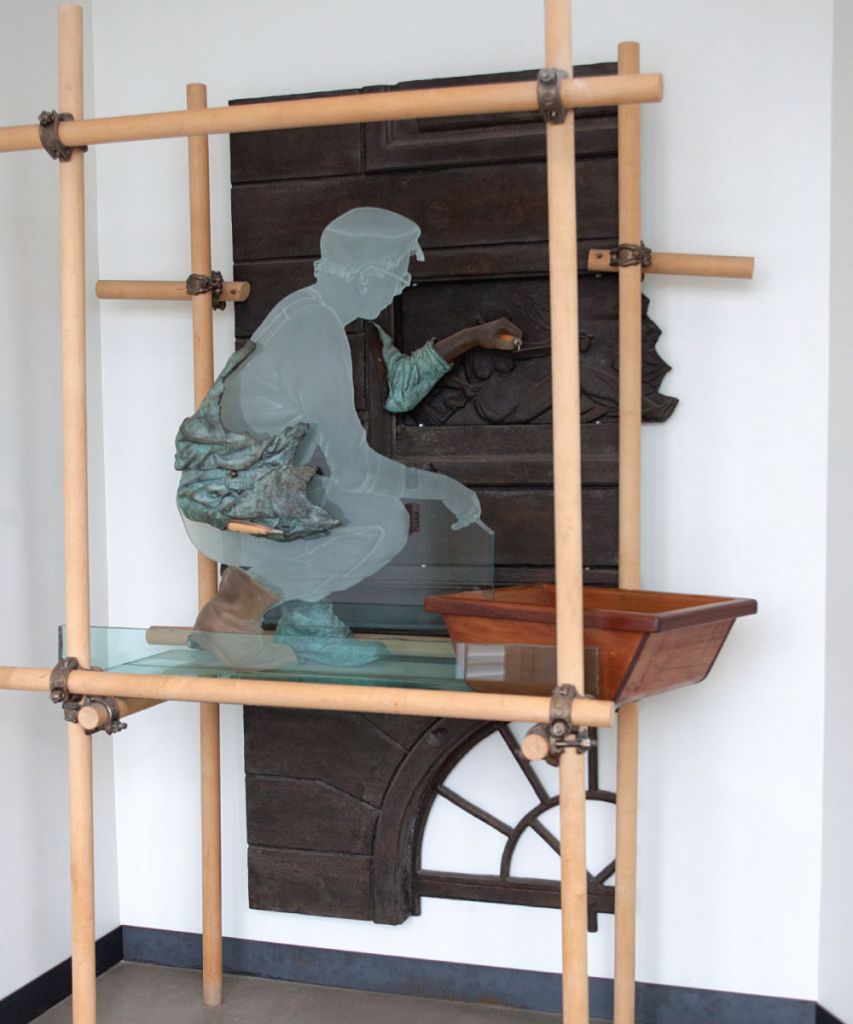 buying an artist with a history,” said James LaMantia, co-proprietor at the LaMantia Gallery in Northport. “An artist with an international following will have value, as his work can be consistently assessed with galleries around the world.”

Rechler warned that many art galleries are “pushing more and more product from younger artists for the sole purpose of selling.” Serious collectors do their research to identify the pedigree of the item they desire, including authenticity, condition, the artist’s background, volume of work and other factors. Rechler noted that it’s important to ask, “Is the artist on an upward trajectory?” 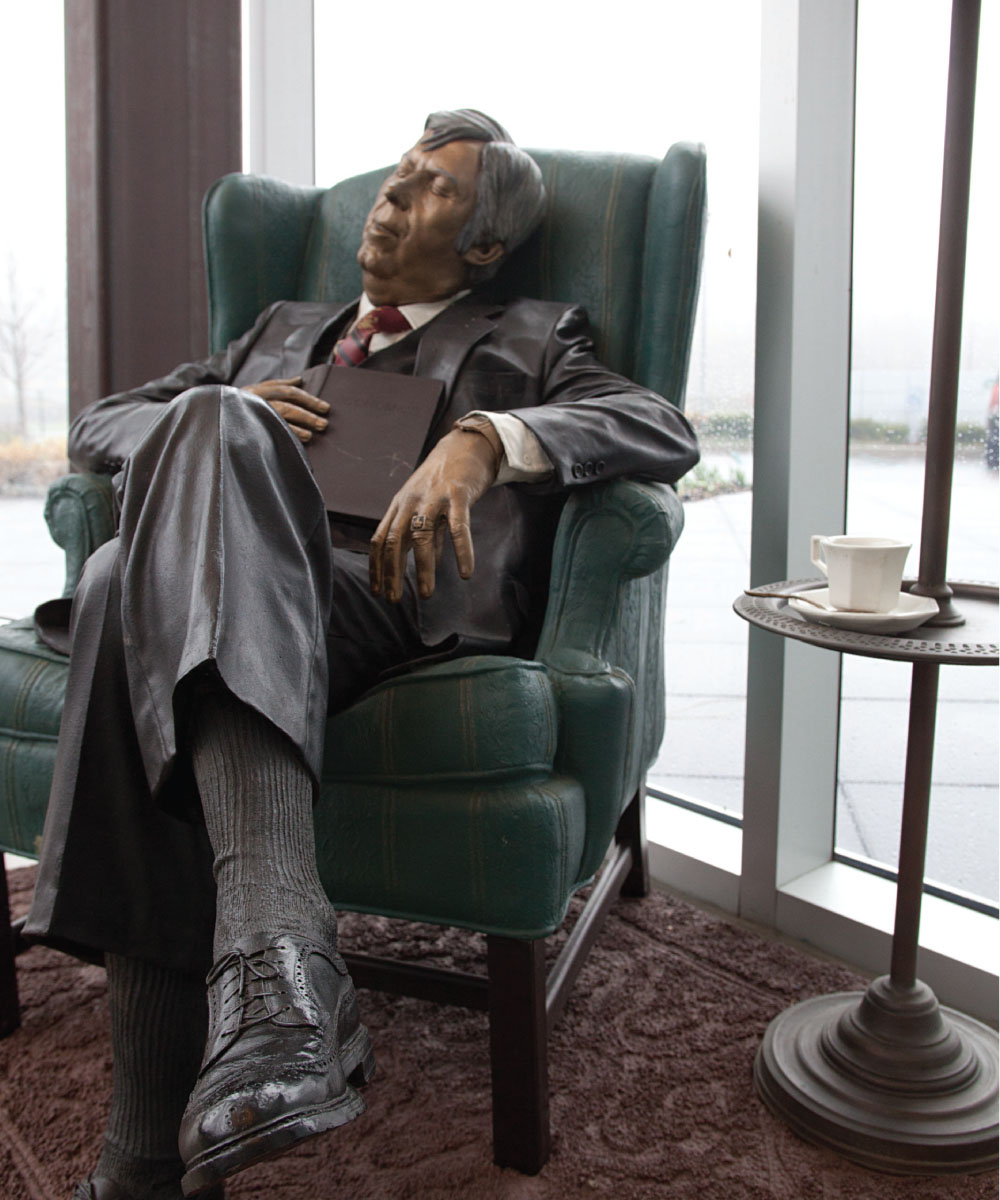 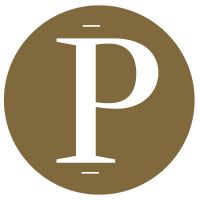 Because record keeping is spotty for private deals, it can be difficult to find the transaction history of a piece that changed hands between two parties or at a gallery. But for works sold at auctions, price transparency is better. “Over the last 10 years, the transaction-based databases have become phenomenal. If you use their services you can get a good idea of what a specific artist has been doing over time
in terms of sales. If you want liquidity, then you need to purchase an artist who is selling in lots of different places at lots of different times at auction,” Moses said. He recommended starting the research at sites like Art Price, Art Net and Art Info.

The more valuable the collection, the more important it is to keep records of documents such as bills of sale and receipts, as well as photographic and video recordings. Anything valued over $100,000 should be insured and its ownership well documented. Valuating collections can be subjective, but a seasoned appraiser can help formulate and sign off on written records, which should include notes on the overall condition of each item, its age, as well as product IDs or series numbers when available. This is important when an estate is liquidated, if the collection is stolen or damaged or when a value comes into question for tax or sale purposes. A collection’s “estimated value” will also be required should an estate go into probate. Know when to hold it, then cash out

Once a work is acquired, protecting it becomes an issue. A basic fine art policy provides coverage for things like accidental damage, fire, flood and theft. There is also the daily fight against light and humidity collectors must consider. When the time to divest comes, LaMantia suggested going back to the original gallery or one that deals with the work’s artist. “If that gallery does not represent that artist, they’re not as knowledgeable as someone who does.” He cited the case of a Dallas buyer who purchased Pino Daeni’s “Ballgown” from his gallery for $18,000 in 2007. She called recently to see what the market would be if she sold it. “I told her that I recently sold a piece of that size for about $39,000.” Most galleries track what clients buy and use newsletters to let them know if a work by an artist they’ve already purchased is available.

The fee a gallery or auction house charges is a sliding scale based on the sale price, though it’s not unusual for the bigger auction houses to command between 20 and 30 percent, Moses said. “You can’t be a day trader in art because it has very high transaction costs at auction. In essence, you have to be an invest- and-hold kind of investor so you can amortize the high upfront transaction cost over a long time period. Otherwise, you get no return,” he said. Once sold, there can be some stiff capital gains because art is typically taxed at the higher rate of 28 percent versus the more typical 15 percent for most other equities. In between buying and selling, there are fees for appraisals, insurance premiums, shipping expenses, security and maintenance.

All that considered, investing in art can be extremely rewarding, but first and foremost, enthusiasts advise it should be done for the love of it.