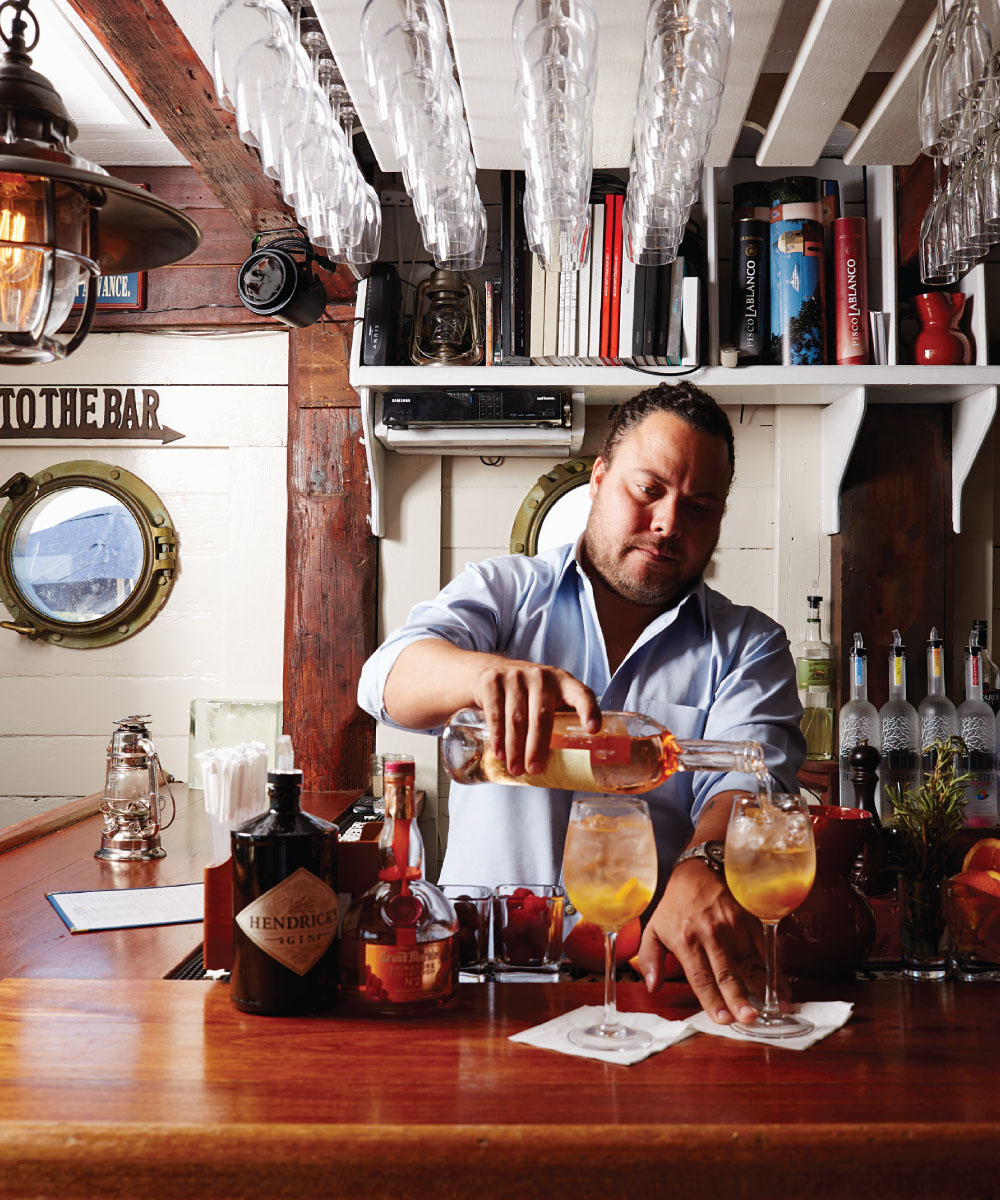 Long Island Pulse: What’s your background in the drinks industry?
Martin Cabrera: I was running beverage programs in Manhattan over the last two decades. Working at French Roast and L’Express, I was exposed to the multiple wine regions of France and found it very intriguing. There was also SUSHISAMBA, where I became director of operations, running two locations in New York City and one in Chicago. SAMBA had an interesting mix of cultures: South American and Asian, the inspiration was never-ending.

Pulse: Tell us about this year’s cocktail menu.
MC: We have a trio of drinks called “lo-cals,” a play on low calorie and local (they’re named after popular spots in town). Each drink is less than 180 calories, it’s essentially a shot of spirit and some fresh fruit. For example, the Fort Pond Bay is made with rosé, orange vodka, fresh raspberry and fresh cucumber—refreshing and fruity, but not sugary or loaded with calories. Another new section is named after some of our favorite yachts. We have the Riva, Pershing, Mochi Craft and Van Dutch. This is also a nod to the important history of the area. Just down the beach during World War II, the US Navy had a seaplane base and a torpedo-testing facility.

Pulse: What’s in the Torpedo cocktail?
MC: We use our house rosé, Breezette. A sangria needs a really dry wine, ours is a dirty Provençale rosé. We also use Hendrick’s, fresh oranges, peaches and lemon-lime soda. We marinate the peaches and oranges in Grand Marnier overnight. That macerates the fruit and gives it a good kick. Then it’s only a one-ounce pour of gin and topped off with the Breezette. It’s served in a wine glass.

Pulse: You’ve mentioned rosé a few times already…
MC: It’s very versatile. When rosé was already popular overseas six or seven years ago—in France, Greece, Italy—we tried to push it here, but people didn’t get it. That’s changed. Last year, rosé on the rocks was very popular. This year we shrunk our red and white wine selection and expanded upon the rosés, adding more from Provence, Corsica, Loire, Burgundy, Rhône and also some from Spain, New Zealand and the North Fork. It’s such a beautiful summer wine. It appeals to both the red drinker and the white drinker. And it goes well with any type of food: grilled fish, pasta, steak, even fried food.