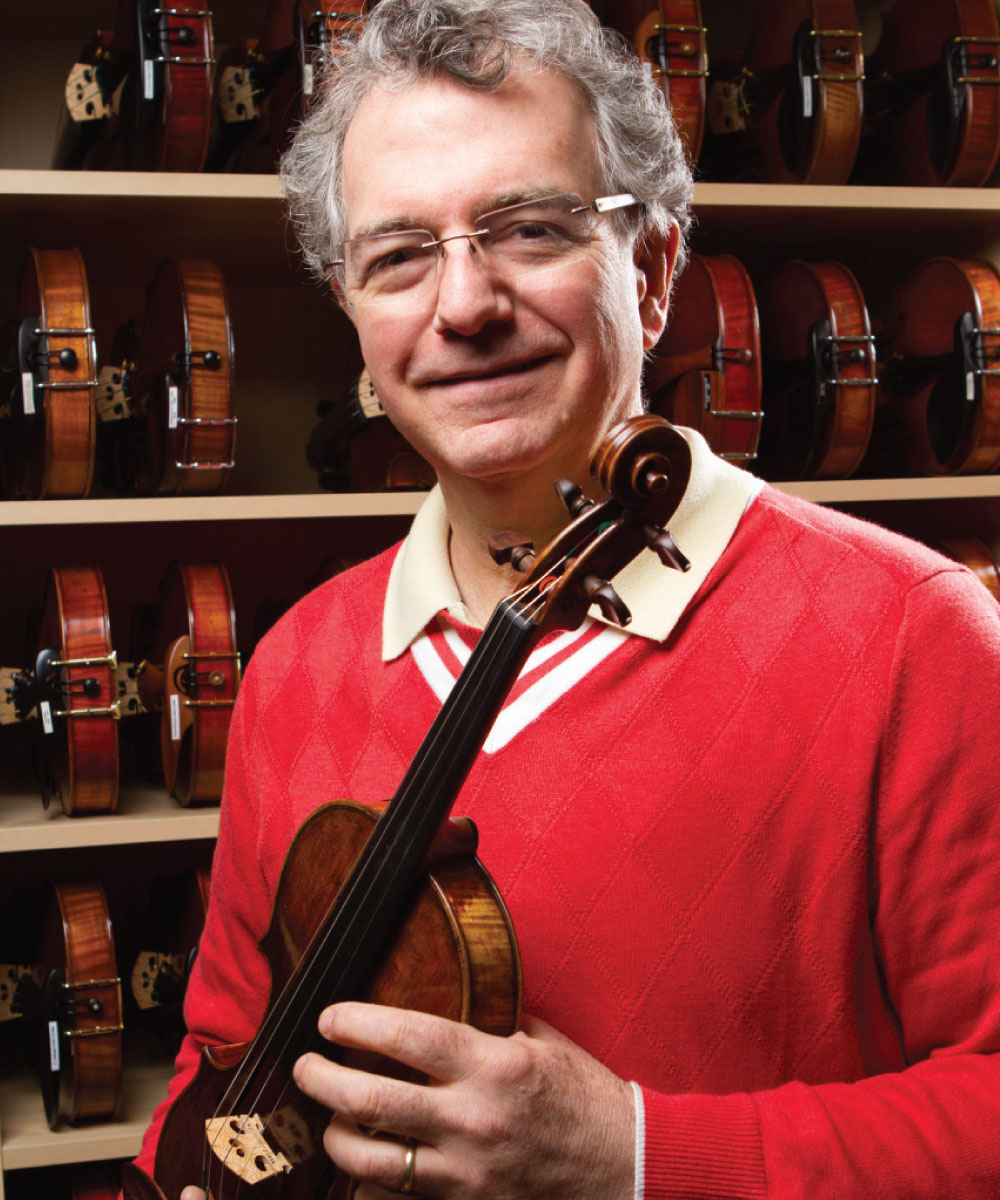 Great stringed instruments are the sum of two seemingly antithetical parts: the ability to produce loud and clear sounds that can soar above a full orchestra, yet also play soft, sweet, intimate notes. That balance, combined with pitch-perfect tonal quality, can turn the player into the instrument and a box of wood and strings into the musician. And it all begins with the craftsman who melds those parts together.

From the very first violins of the 16th century to Stradivari and Guarneri (master artisans of the golden age of violin making in the following two centuries), luthiers strove to create instruments that were true works of art. Centuries have passed and technologies for measuring the sounds have evolved, yet the process has changed little. That’s the allure for both musicians and craftsmen like Charles Rufino, who has been building handmade violins, violas and cellos for more than four decades.

After dropping out of New York University in the early 70s, Rufino did some light construction and discovered he liked working with his hands. When he learned about apprenticeship programs in Europe, he leapt at the chance for a three-year stint at the Newark School of Violin Making in Nottinghamshire, England. It proved serendipitous: England was the epicenter of the fine instruments trade and experts on the provenance of violins often visited the school bearing great examples for the students to examine. There was also a demographic problem that made a budding novice a hot commodity—the industry was aging and desperate to recruit young craftsmen.

An early fascination with Stradivarius and Guarneri led Rufino to study the Italian language and culture at every opportunity, particularly focusing on paintings and literature from the 17th and 18th centuries.

In 1977 he began working under Manhattan-based master V.Y. Nigogosian, repairing and restoring fine stringed instruments. That’s where the first sparks of making his own instruments ignited. “Once an instrument is taken apart, you can study the traces of the maker’s tools,” Rufino said. Three years later, he joined Carl Becker and Son of Chicago where he continued restoring instruments but also began assisting in creating new ones.

“It contributed to a mind set… that I didn’t want to just be somebody who made copies of instruments. I wanted to under- stand the Italian soul better.”

Still, for Rufino, it’s the visceral connection to the sound that drives his passion. When you play a fine stringed instrument, Rufino explained, it feels like there’s a rope going directly from the instrument, hitting you right in the chest. The better the instrument, the finer the rope’s material. Recalling the exact moment in February 1982 when he first encountered the Greenhouse Stradivarius cello, he said, “That rope was made out of silk and it had little flecks of gold and silver, just winking as the sound travelled towards me and touched me.” Two years later, Rufino got to study that 1707 Strad for a few days and he made an instrument based on it.

In 1984, Rufino came home and opened the Long Island Violin Shop in Huntington where he continues to rent and repair instruments, as well as make them. Created through an intricate, intensive process that takes about 300 hours to complete, each of Rufino’s instruments starts with European maple wood for the back and sides of the neck “for its beauty and tonal characteristics.” The necks are then bent and curved into shape through a heating process. For the top of the instrument he prefers strong European spruce, which can vibrate freely even when cut thin. Rufino makes between 5 and 10 instruments per year under the Charles J. Rufino trademark, in addition to others under 2 less expensive brands: Raffaele
Orofi no and J. Hammon.

Devotees speak to the purity of the sound, referring to a warm, bright character that complements orchestral settings without getting lost in the crowd. Still, Rufino claims he’s no natural talent. “I’ve known people who you can show them something once and they master it. Praising the apprenticeship method, Rufino said books could only take you so far compared to learning from an experienced technician. “You don’t get the passion and the dedication—whether you want to be a great chef, a great musician or a great violin maker.”

It’s an ethos Rufino holds dearly, paying it forward through apprenticeships and music lessons at the Huntington shop and a satellite operation in East Setauket. In his spare time, he spreads the word on the intricacies of turning rough woods into fine instruments through The Art and Lore of Violin Making, a presentation he’s developed for museums, universities, conservatories, libraries and music festivals around the world. But whatever his mode, he’s humble about the goal: trying to get the best sounding instrument that is also consistent with a visual beauty.