This summer, Aerosmith will be crisscrossing the US with a set of dates that coincide with the 40 year anniversary of their 1975 album, Toys in the Attic. Dubbed Blue Army Tour 2015, Tom Hamilton, the band’s longtime bassist, said the album title came from the band “thinking about back in the 70s, where we would pull up to a venue we were playing and there would generally be a long line of fans waiting outside for the doors to open. Most of them were wearing blue denim pants and jackets, so we started calling them The Blue Army.” The band’s anniversary (in conjunction with Pulse’s decennial) was the touchstone for a recent call with Hamilton.

Long Island Pulse: Forty years later, how do you view Toys in the Attic?
Tom Hamilton: That one was really a moment of inspiration for us. Our second album, Get Your Wings, we were under a lot of pressure from the label because they weren’t happy with how our first album [Aerosmith] did. So we got to that project and made a better album. When it came time to do Toys in the Attic, I think we all really wanted to step up and make a statement. The band was really getting good and our producer, Jack Douglas, was someone that we had a lot of faith in—he was becoming a great producer. Everybody just really wanted to go and kick ass. If you look at the changes between Get Your Wings and Toys in the Attic, you can see how much better we were at making records and writing songs. 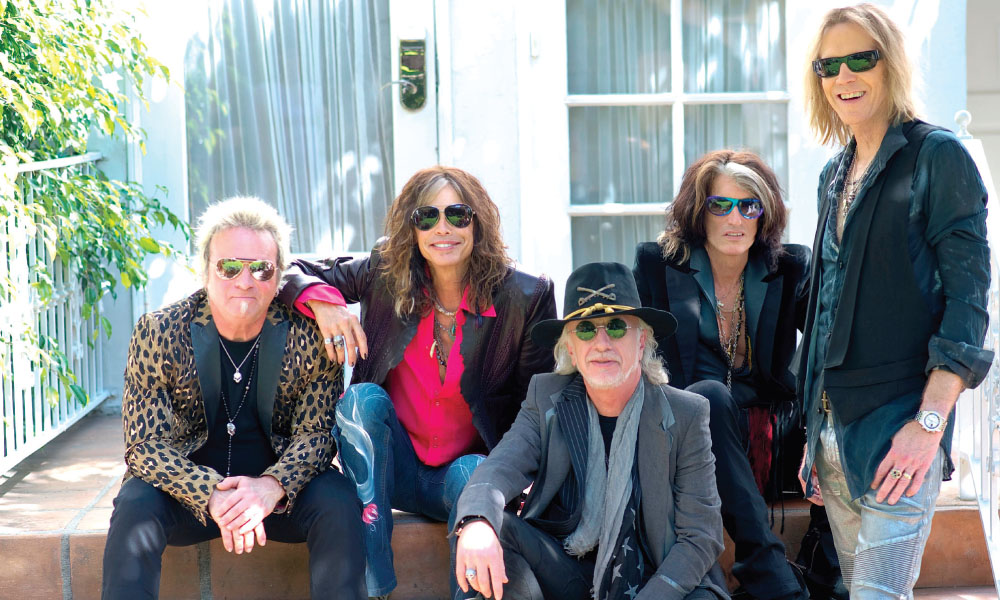 Aerosmith is still all smiles after over four decades of rock ‘n’ roll. This year’s Blue Army Tour celebrates the 40th anniversary of their seminal album Toys in the Attic. image: ross halfin

Pulse: Who are some of your all-time favorite rock groups and/or albums?
TH: I was just thinking about the second Jethro Tull album Stand Up. For a rock album, it’s just amazing—the musicianship on it and the writing. [Ian Anderson] is a guy who brought the flute into a hard rock setting and pulled it off. Nobody’s really done that. There are so few virtuosos on flute—you just don’t see that. But Led Zeppelin, The Who, and later on down the line, U2 and The Police are two of my favorite bands that made incredible music. 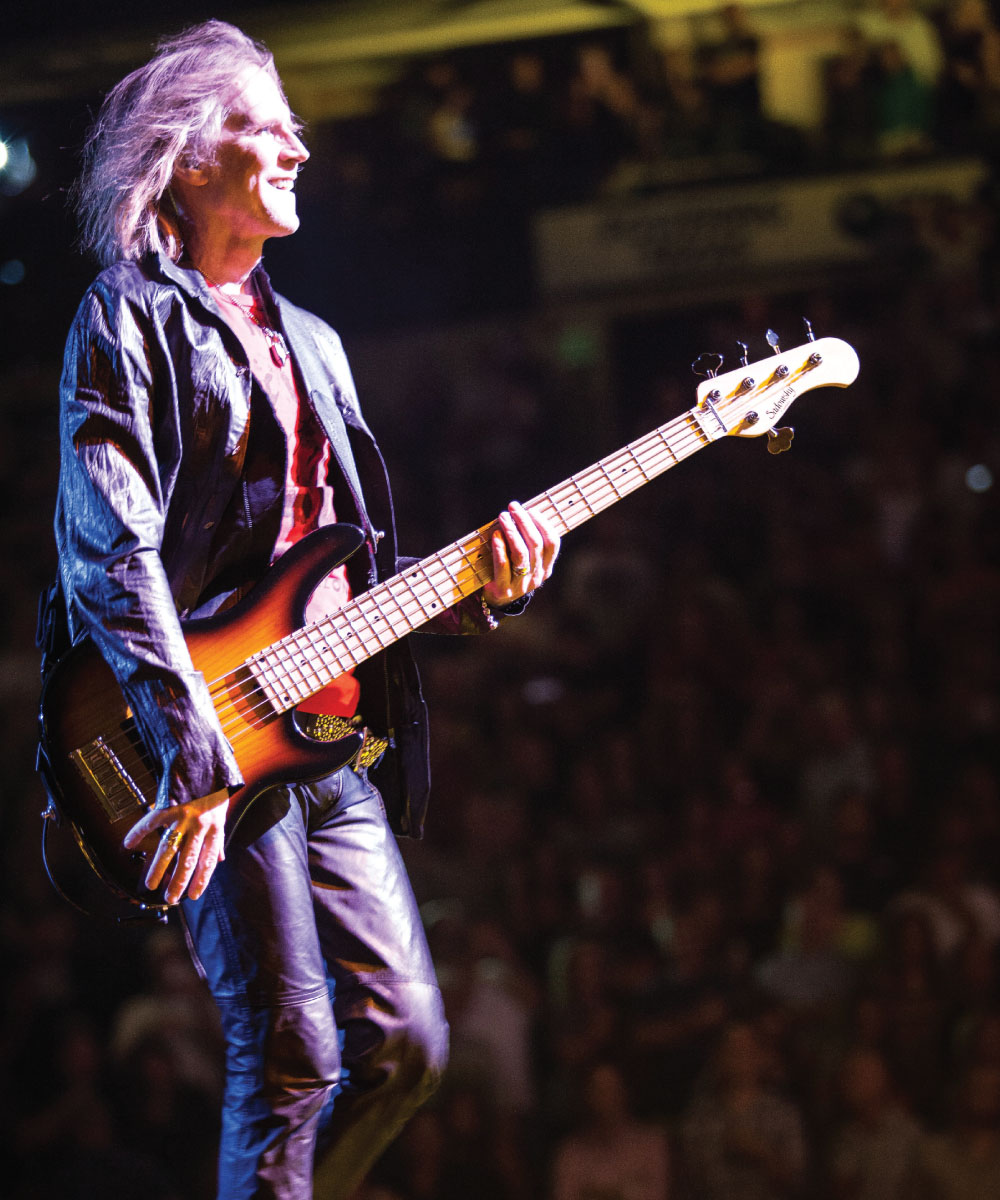 Pulse: How are you doing with your throat cancer?
TH: Good. My doctor thought I was pretty much done with the cancer that I had in ’06 and then it came back a few years later. I was faced with losing my way of life…if not my life. But there’s a guy here in Boston that Adele referred to [Steven Zeitels], who does novel surgeries and was able to do a procedure that got the cancer out of my throat without having to ruin the rest of it. I just saw him the other day and he said, “You beat this one. You can keep coming to see me if you want, but I don’t think you need to worry about this cancer coming back.” I said, “I’ll come back to see you every six months from here until eternity, if it’s alright with you!”

Pulse: This issue marks the 10th anniversary of Pulse, what do you recall about Aerosmith’s big 10?
TH: We were in the depths, pretty much. We had just broken the band in half, basically. We ended our relationship with Joe, he went off making records on his own and the rest of us went to look for a new guitar player. It was a period when the band was really stressed out from touring and being rich enough to buy a lot of drugs and spend a lot of money on stuff that was not about music. And we paid for it. In 1980, here we are trying to put the remnants of our band together. It took four more years before everybody realized we had something great and we needed to put it back together.

Pulse: This is also Pulse’s Art & Music issue. Do you collect art?
TH: I do have some nice artwork that my wife and I have accumulated over the years. One of the first things we bought was from some dealer on Central Park West. We were in our twenties and had no idea what we were doing. We were just referred to this guy by a friend, who said, “They have a Georgia O’Keeffe.” So we have a little watercolor by Georgia O’Keeffe. With just a few gestures, she created something that when you first look at it, it seems abstract, but then you realize exactly what it is. It’s a picture of a woman bending down to pick up a flower.

Pulse: What are some memories of playing Long Island over the years?
TH: Generally, playing at Jones Beach. It’s a really great audience. It’s a New York audience, but it’s a very funky, down-and-dirty Aerosmith crowd. There are a lot of people up front who are into being glamorous and dressed up, but it’s usually a funky, rowdy gig. And those are my favorite kinds. I’m sure we’ll be playing there again in the future. Nassau Coliseum was the first place on Long Island that we played and that was always a really down-and-dirty show. Some of the stuff that got thrown at us during the show and some of the stuff that was going on in the audience…a very rough-and-ready crowd. But it’s fun when the crowd is loose and ready to have a great time.