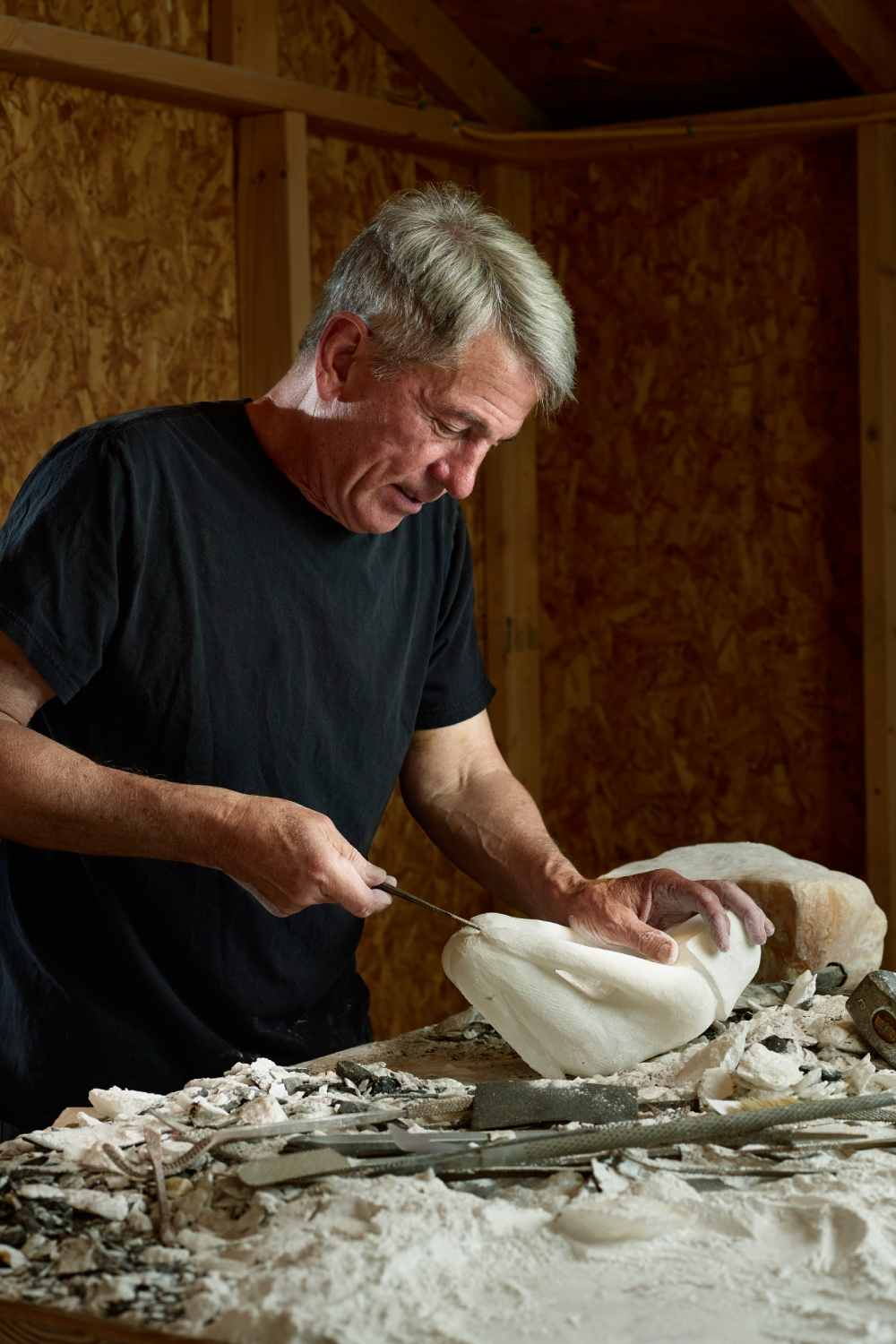 The irony of working with stone is the exceptional gentleness it takes to pull the humanity out from it. Robert Hooke carves stone in a quest to create a visual experience that is about that tenderness, but also about flow— flow of the eye over the piece and the flow of emotion through it.

Perspective is essential. The laborious process limits Hooke to working only a few hours at a time. And the resulting hard stops enable him to see a piece from every vantage point as well as to return later with fresh eyes. “I’m trying to get the feeling—I know the feeling I want, but you can’t always decide precisely how it will look in the beginning… the feeling comes slowly and it comes in stages.”

The figures are sophisticated, albeit simple. There is a deliberate absence of angularity. Hooke sees rough outlines and then refines as he goes. A rendering of a shark may not include a thinning out towards the tail, the head of a human figure may be too large, but that lack of realism is secondary to the overriding balance and aesthetic pleasure of the object. The sculptures are also timeless for the lack of facial details. And their anonymity makes them easy to identify with—they are images we’ve seen everywhere in the world and we can project onto them whatever we want. 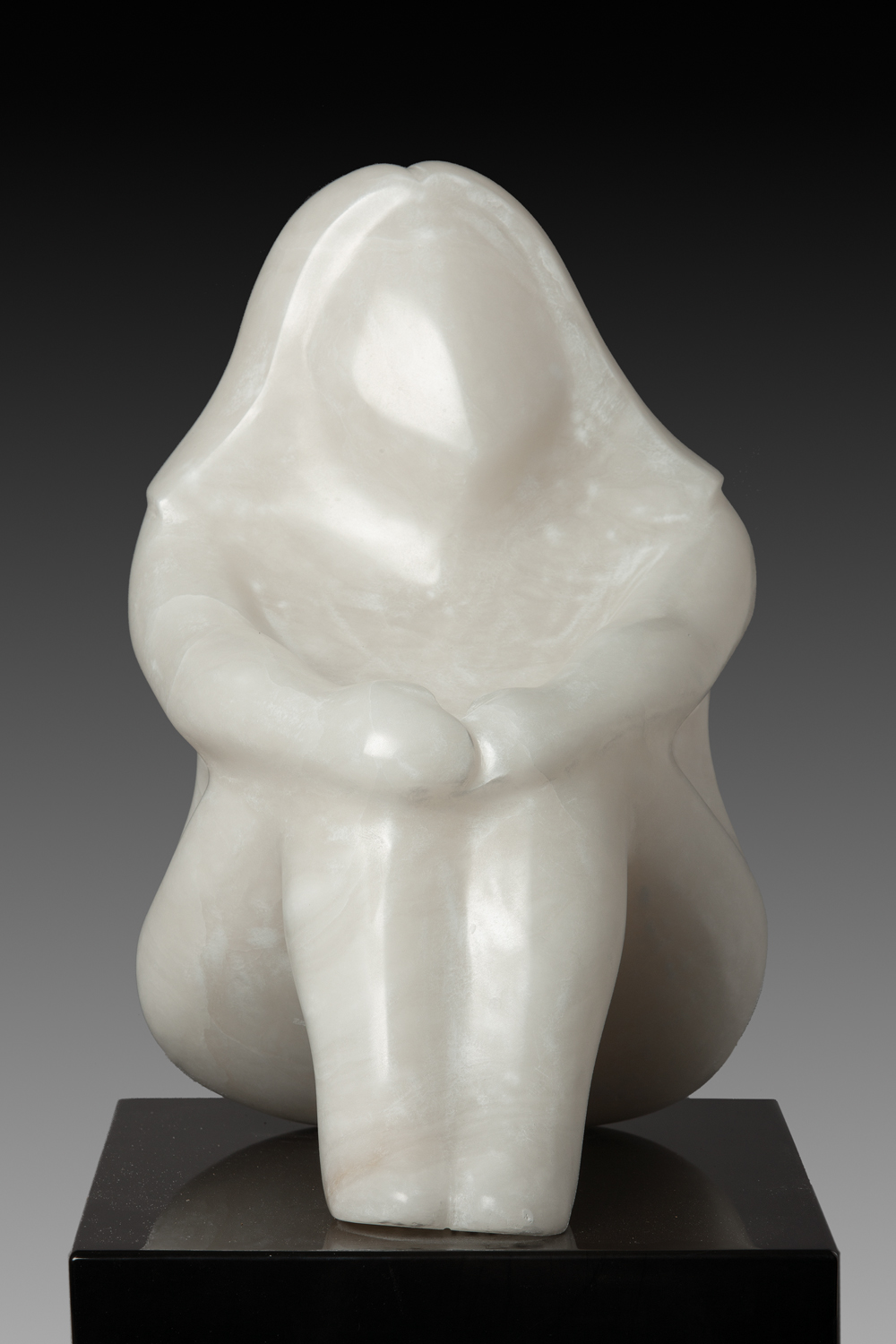 Hooke’s singular touch also engenders a sense of movement. Despite any simplistic nature of the general shape, there are visual cues to let us know these objects come from a real place, from real memories: that shark’s tail is ever so slightly bent, a woman’s face is turned up as if star- gazing and an elephant’s ears have delicate dimples at the top to create shadows that would happen if he were bouncing along in his stride. Those distinct suggestions make the pieces successful both as artistic sculptures and as renderings of live creatures.

Robert Hooke is shown at three East Coast galleries and is on view locally at Dodds and Eder in Sag Harbor. To arrange for a studio visit, contact him via hookegallery.com.