The debate over art versus craft is a longstanding one. Sally Shore keeps herself both firmly in it and completely outside of it by creating works that are a good amount of both. Her panels are derivative of a strong command of graphic design, which shore was trained in early on. As she developed her skill in weaving, architects and designers began commissioning her to create tableaux. The works have developed through both architectural and design influences—they are very structural and exhibit a strong use of color and contrast. 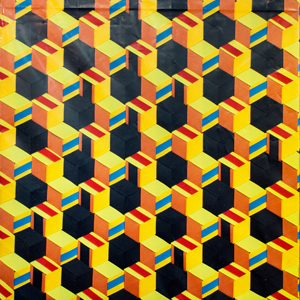 Shore uses a plain weave (a typical over- under-over-under weave) and also a twill weave which allows the ribbons to change direction. But her favorite is the mad weave. This triaxial weave is hexagonal in nature and industrial in strength, adding to the strong character of the pieces. The way the motifs seem to escape beyond the confines of the strainer containing the weaves is indicative of the proverbial white whale shore is chasing. “I love geometry and I love the optical illusions… [but] the weave structure is limiting. You can’t have two ribbons in the same place, one has to be over the other.” Thus her pursuit is one of working out the physics of aligning the ribbons to get to the geometry of the composition. 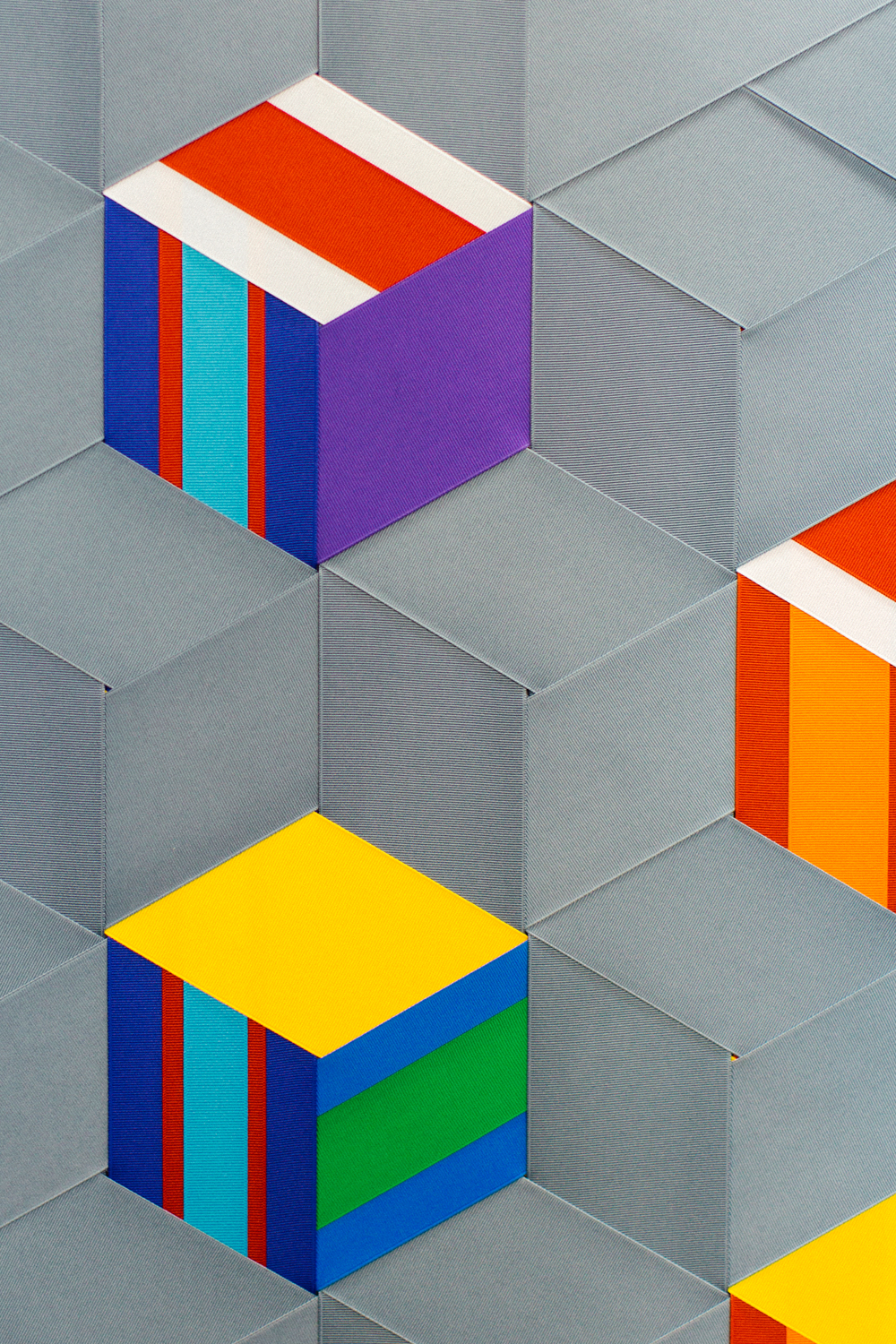 There is an implicit backstory to each work and nature also guides her hand at times. “petrified Wood” captures the iridescence and luminosity of polarized light. There is a molecular quality to it but the squareness also recalls a city grid that becomes an ever-changing interpretation of whatever the viewer projects on to it.

The real triumph is Shore’s ability to take an antiquated form and make something modern. She is a constructor in the simplest terms while also making a very singular reference to pop art. She is straddling history: one foot squarely planted in the oldest of handiworks, the other rooted in modern times.

Sally Shore’s works will be on view in iAm pocket sized at the Islip Art Museum in East Islip, June 28–September 13. See more at ribbonweaver.net.