Eating lobster is so much more than a meal. Cracking open the lobster, dipping the tender meat into butter, biting into deliciousness. Whether at a clambake with toes in the sand, watching the boats while dining at a seafood shack or simply on your back deck, lobster dishes are summertime staples. Nostalgic. Tradition.

But what happens if the lobsters go away? When he was 15, Curt Johnson, executive director of Save the Sound, lobstered 10 pots in Long Island Sound.

“On average, I probably caught about 4 lobsters a day. Many days 5, a few days none, several days 15 or 20,” Johnson said. “I pulled pots about 30 days that summer, so I harvested about 120 of those gorgeous creatures.”

When his own son, Jake, was 15, he did the same thing on the same water with the same number of pots and same location of the pots.

“In his 30 days of pulling pots, he caught one harvestable lobster,” Johnson said.

“Lobsters are severely depleted in all areas south of Cape Cod,” Director of NY Sea Grant Bill Wise said. “Populations in the Gulf of Maine and offshore on Georges Bank are in much better condition. The population of lobsters in the Sound was relatively stable until the early 1990s, when abundance rose sharply for several years, peaking in 1998.  Then came a catastrophic decline that was as rapid as the sharp increase earlier in the decade. By 2001, lobster abundance in the Sound had fallen to the level of the early 1990s and most observers thought it would then begin to rebound a bit. Unfortunately, the condition of the stock continued to deteriorate and the population is now much smaller than ever observed.”

Changing environmental conditions are likely to blame and while there are several theories on the lobster die-off all have to do with rising temperatures. 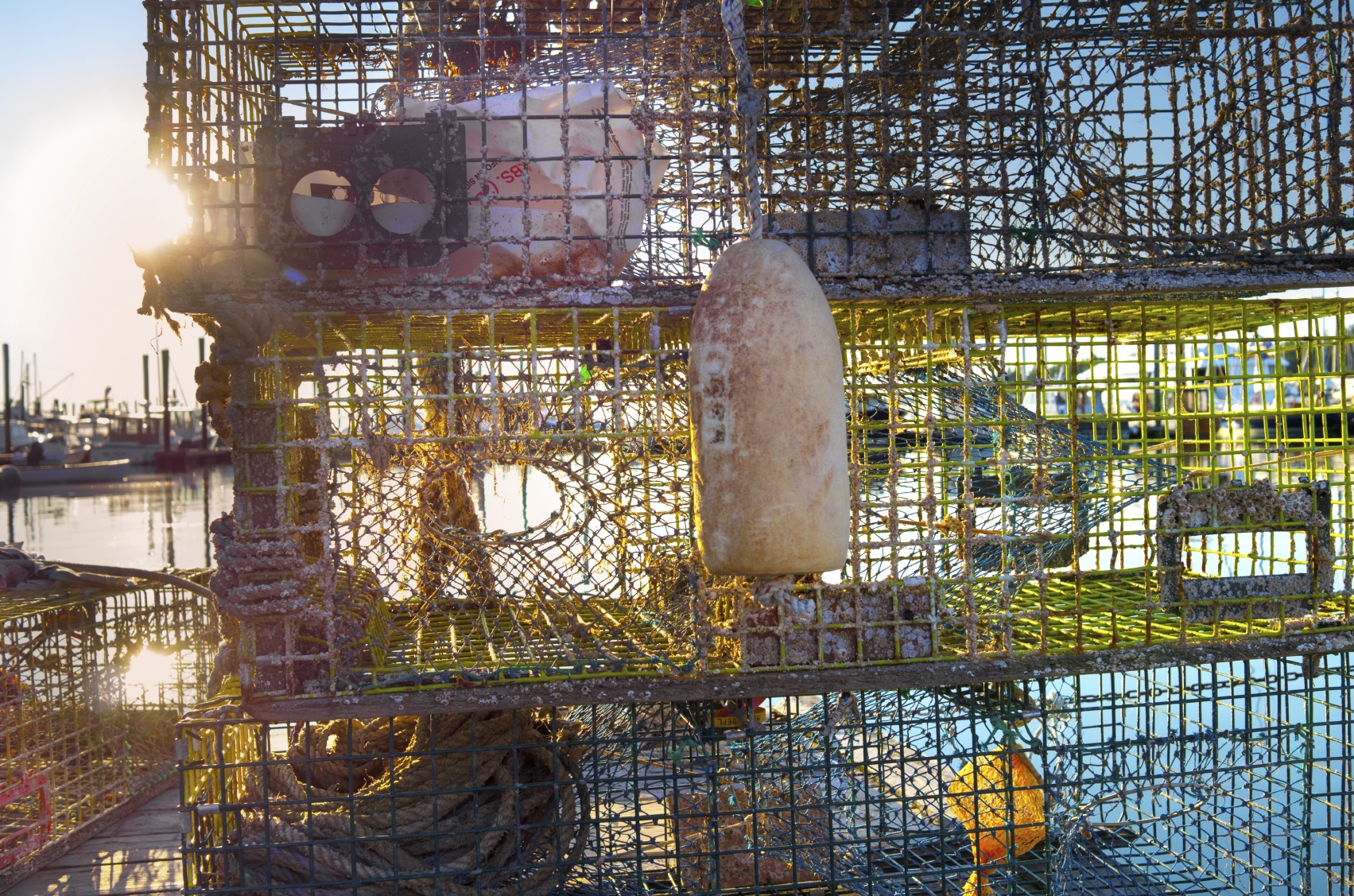 Lobsters are cold-water organisms but in 1998 and 1999, summertime bottom water temperatures in the Sound were 2.0 C higher than normal, according to Wise.  That’s about the time lobster harvesters and scientists began noticing the decrease in population.

The higher water temperature placed a lot of stress on the lobsters. It also resulted in the acceleration of bacteria degrading organic matter in the bottom waters of the Sound.  The higher the levels of bacteria, the faster organic matter degrades, lowering oxygen levels and causing animals in the air to become starved for air. Sound familiar? In the past two months as many as 400,000 bunker fish have suffocated in Long Island Sound. The suspected culprit is water quality, especially excess levels of nitrogen.

In the late 1990s, the lobsters weren’t just overheated and oxygen-deprived, they were suffering from toxic substances released from sediments in the water and a parasite that had never before infected lobsters. The result was the death of 90 percent of lobsters in Long Island Sound by 2002, but was there another culprit in addition to rising water temperatures?

It’s impossible to talk about the lobster die-off without talking about West Nile virus. The mosquito-transmitted virus is native to tropical climates but in the late 1990s it made an appearance in New York and Connecticut. The idea of the virus terrified people and in response insecticides were sprayed over Connecticut and Long Island. Lobstermen argued the insecticides caused the lobster die-off and they settled with a New Jersey company that made one of the insecticides for $12.5 million. Still, the company refused to admit responsibility for the die-off and scientists are mixed over whether it was really a cause.

“While it is possible that spraying may have added to the stressors affecting lobsters in very confined waters of western Long Island Sound, the huge volume of the Sound would have quickly diluted these toxins into ecologically benign amounts, at least in terms of having an immediate effect on a lobster,” Wise said.

Connecticut banned the spraying for West Nile in 2013 and Save the Sound is currently working on a study regarding the effects of the insecticides on the lobster.

“The lobstering community got a ban in 2013 on the pesticides, the lobster numbers still went down a bit but it’s early to say if it will help and the ban does not exist on Long Island,” Johnson said. “Since Long Island Sound is a system shared by both states, if you want to protect it you want to see actions taken by both states.”

Whether the pesticides or the raising water temperatures were to blame both occurred as a result of warming temperatures. West Nile, was likely first brought to the area by an infected bird, but it is a tropical disease.

“It’s possible we’re now living in a different Sound than we were 25 years ago,” Johnson said. “It brings home the Pope’s announcement on climate change.  This is not something happening in the future, this is what has happened.” 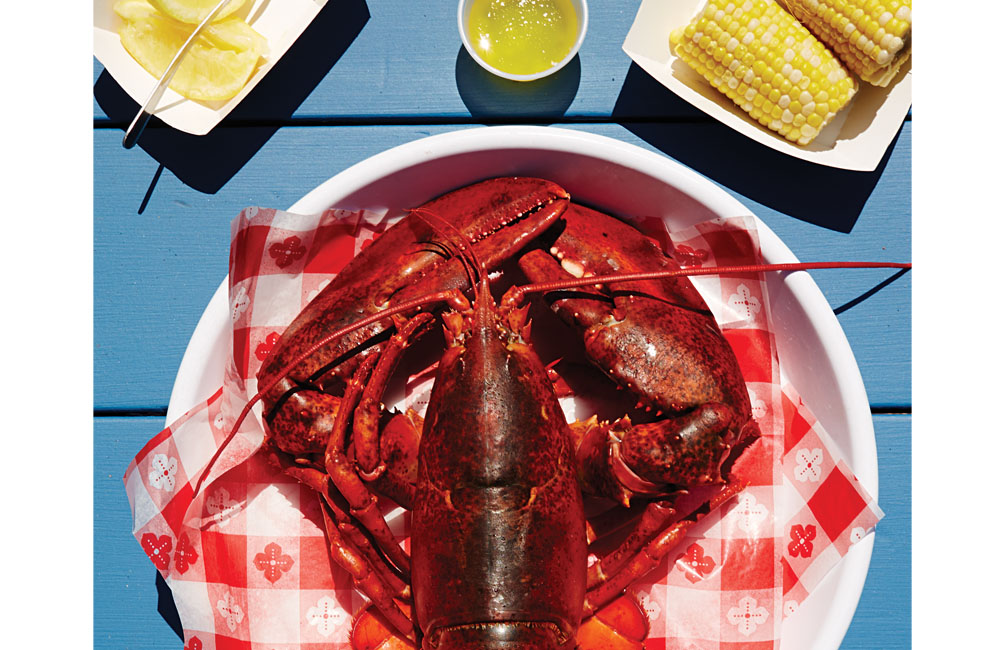 What Can Be Done

Long Island Sound has always been at the southern edge of the Northeast lobster industry. As our climate warms, it’s possible the lobsters will simply disappear and other warm water loving fish will replace them.

“The future is bleak for this cold-water organism as our local waters warm,” Wise said.  There is little fishery managers can do to counteract this trend.  On the positive side, we are seeing higher abundance in the Sound of animals that traditionally distributed further south, such as blue crab and black sea bass.”

There are still things we can do to protect the overall health of the Sound. Johnson would like to see New York take Connecticut’s lead and ban the spraying for West Nile. On an individual level though limit the amount of fertilizer you use, invest in renewable clean energy sources whether for your home or car and realize it might not be local lobster you’re eating when at that clambake.