It is a tragic trend gripping our Island. Heroin addiction is claiming hundreds of lives and tearing families apart. Marisa Vitali has a message of hope: we do recover.

The Long Island native shares that message in Grace, a life-changing movie filmed in Northport about addiction and recovery inspired by Vitali’s own first year clean. Fresh off a win for Best Drama at Cape Fear Independent Film Festival  Vitali is coming home to show the film, which stars Vitali and friend Alysia Reiner of Orange is the New Black, at the Long Island International Film Expo. I caught up with Vitali to talk about Grace, her personal struggles with addiction and what we should really be talking about when it comes to heroin.

Long Island Pulse: Stories of addiction and recovery can be deeply personal and difficult to share with loved ones let alone the world. Why did you decide to share your story in this film?
Marisa Vitali: It’s so interesting that you say that because when the story came to me, it wasn’t that I was sitting down to write a script, to make a film. One night in the city, I got out of an acting class late, our teacher had given us a charge, “Everyone has a story to tell. Go out and tell it. Stop waiting for the phone to ring for an audition or a booking. Create your own work.” As I was walking through the streets, I was kind of mulling that over. The next day, there ended up being a huge snowstorm, so I just stayed home and hunkered down, took a nap and when I woke up, I just started writing. What I wrote was actually the story of my first year clean, and when I put the pen down, I was like, “Oh, that’s it. That’s the story.” 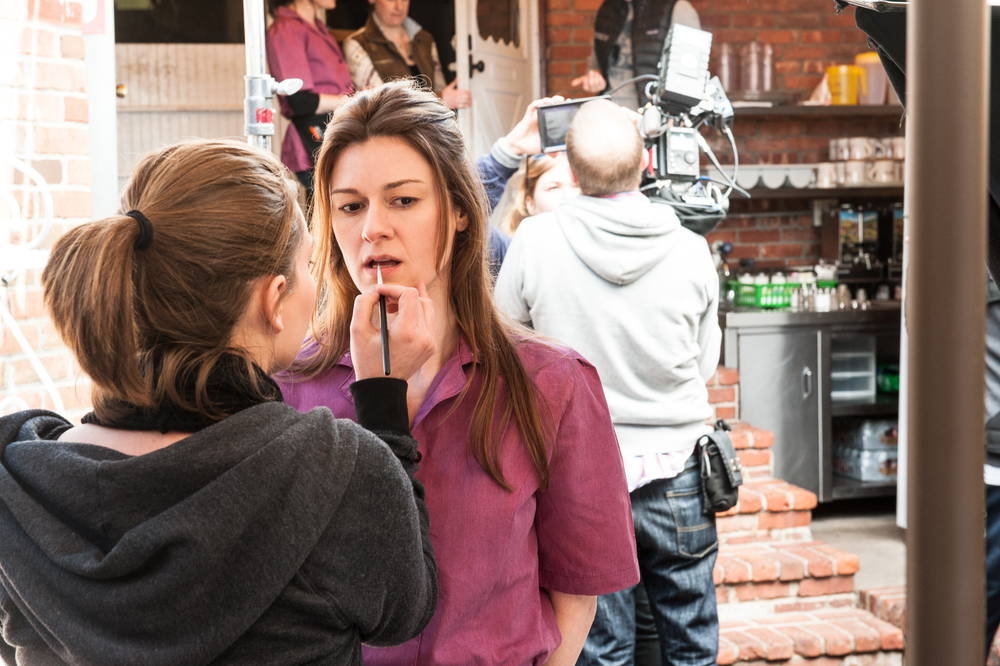 Vitali on set during the filming of grace (image: scott kowalchyk photograpy)

Pulse: You mentioned wanting to focus on your first year in recovery in your creator’s statement as well. Why do you think that made for the more compelling story?
MV: For me personally, my first year clean was the most difficult and challenging time. It was a time I had to face my fears, my anger, my resentment, my self-doubt, my self-worth, and I did not have a drug or a drink to hide behind. In terms of the film, I really wanted to start a conversation. I truly believe there’s a billion-dollar industry built around the problem, and a lot of people make a lot of money off of the problem. Unfortunately, there’s not an industry built around the solution. I really, truly feel that if people can become more comfortable talking about the solution and celebrating people that are living in recovery and are living clean that there won’t be as much of a problem.

Pulse: Less about the war stories and more about how to fix the trend.
MV: Yeah, anybody can watch a movie and learn how to shoot a bag of dope or smoke a crack pipe, but what’s the solution to that? And for me, that’s the conversation that I really want to have, and I really want to focus on the hope. There is hope that any addict can recover and find a new way to live.

Pulse: What was it that pushed you into recovery?
MV: I did go to rehab for three months, and I did a year outpatient program in Huntington Station. To be honest, I didn’t really go to treatment to get clean. I went to treatment to kind of have a break, a vacation and kind of get my head together and figure out what my move was going to be. It wasn’t until I was there that I started to say, “Oh, maybe I do have a little bit of a problem.” I think it’s kind of a process of coming to, and a process of coming to believe. I just kind of got swept up with the tide and took the suggestions because I really didn’t know. For the first time in my life, I didn’t have all the answers.

Pulse: So you had that a-ha moment, but once you got out of rehab, you had life waiting for you and no drugs to hide behind. What inspired you to stay clean?
MV: I had done undergrad drama at NYU Tisch, so that was what I had studied and at the time what I wanted to do with my life. In my first year clean, I had met a mentor of mine, Lawrence Sacharow. He was an Obie Award winner [Off-Broadway Theater Awards] and suggested that I get back into acting class. Through working  with him and a referral from him, I got into a Michael Howard Master Class in the City. In those classes, I was able to see I could take all this hurt and pain and make something really beautiful with it. It’s whatever keeps you coming. For me, it was acting. For someone else, it will be something else. 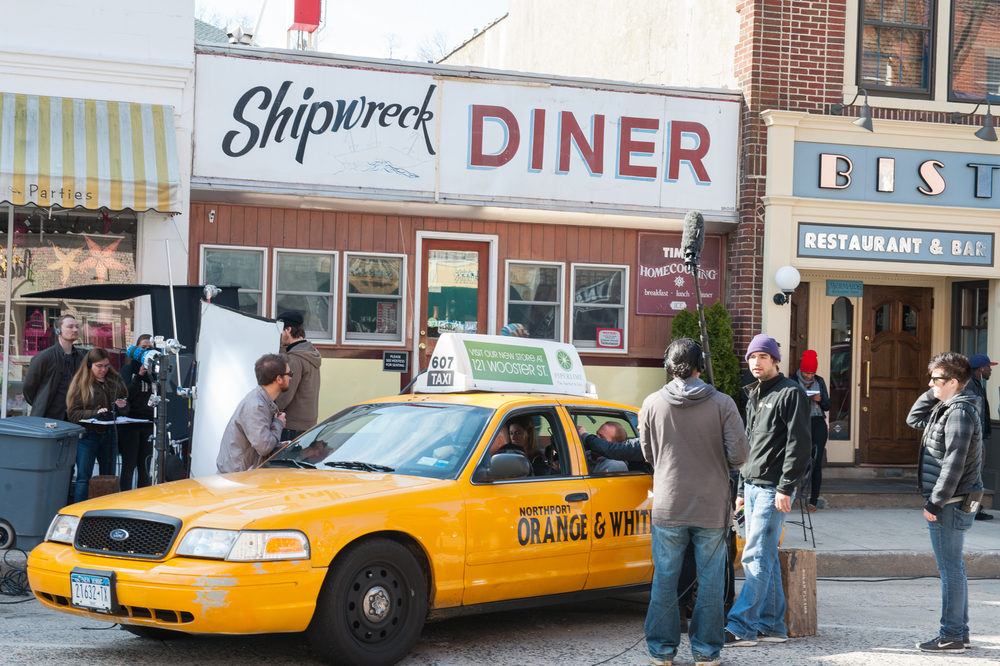 Pulse: About 10 years later, you began the filming of Grace. What did you learn about yourself during that time?
MV: Wow. For me, shooting Grace in Northport and at Tim’s Shipwreck Diner, it was really a homecoming. I wrote the script when I had 10 years clean. It was reflective and full circle. In shooting the film, I was able to see that on a deep, unconscious level, I was still holding onto some of that baggage, and I really felt that by the time we wrapped shooting, I was able to leave whatever I was holding onto an on an unconscious level there on set and it was a very freeing and moving experience. In creating this film, I was also constantly inspired and in awe of the generosity and spirit. I was able to look around the set, and all the people that were there on set as background or supporters were people I went to high school with or friends and family. It was just really beautiful how everyone really came together and showed up to make this happen.

Pulse: That’s great and interesting that you say that. I read in your creator’s statement that when you were in your first year of recovery a lot of your family and friends were afraid to talk about your addiction. How did it make you feel that they were so supportive during the filming?
MV: I think, honestly, and this is one of the reasons I want to start this conversation, is that of course people don’t want to talk about addiction because they don’t know how to talk about addiction because they’ve never had that experience before. Of course, they’re not going to address it or address it in their way. Being on set, there’s a decade in between, so there’s been a lot of healing and moving towards celebration and hope. On set, it was a very joyful experience. Family and friends at this point are so over the moon to be a part of the film and to see me go through all of this. The overall response was, “Oh my God, you did it. You’re not only clean, you made the movie.”

Pulse: How excited are you to show Grace at the Long Island Film Festival?
MV: I have to admit, I’m super excited for this festival because once again I feel like it’s a homecoming. I’m from Long Island, we shot on Long Island and now I feel like I get to share Grace with Long Island. The support in Northport has been overwhelming and I know that they’re all very excited to have it come home. I’m really looking forward to it. 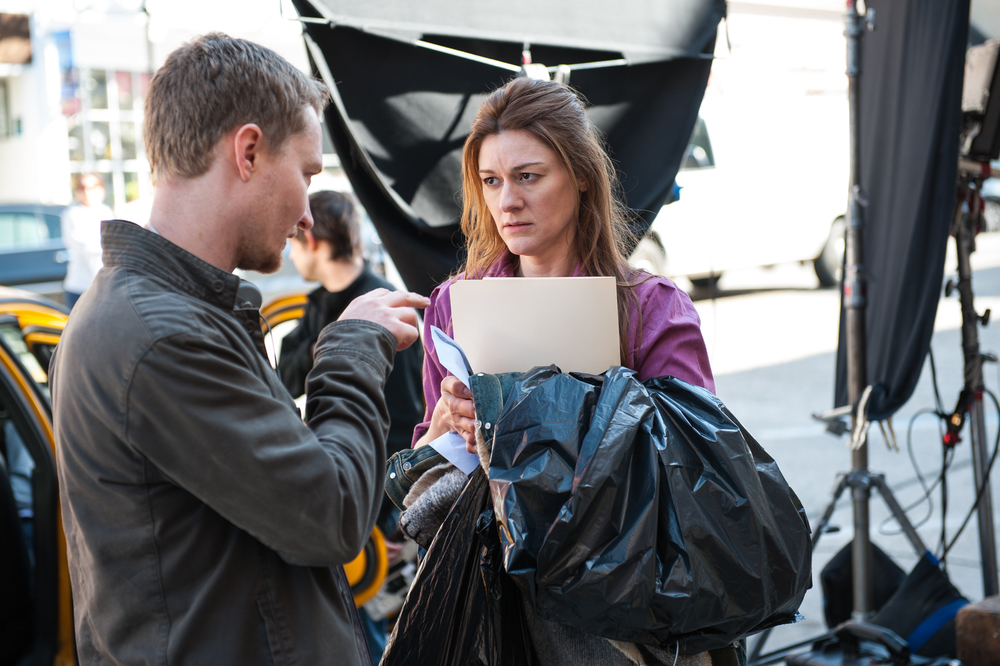 Pulse: In the film, Janice is desperately trying to get her daughter, Grace, back. This is one of the fictional aspects of the film as you did not have a daughter. Why did you decide to use this element and how is it been symbolic of your journey?
MV: We did it to add a little bit more suspense and pressure on her timeline. The daughter is named Grace, and I think that’s symbolic in a lot of ways. I think that’s what we’re all looking for and hoping to achieve in this life is to experience grace, to achieve that, to receive that and to be able to give that. I think that the daughter is kind of a symbol of what this life is about.

Pulse: You began drinking in junior high, and things spiraled from there. If you do one day have a child or a younger family member in your life, what kind of advice would you give them as they enter junior high?
MV: I’m a big advocate of show me don’t tell me, and I also really believe that we’re all here to live our life lessons, whatever those might be, and so I think that the biggest thing that I can do is to lead by example and to live a life that’s representative of a positive life. I also believe that for me it’s important that I’m there for the people I care about and are in my life and that I’m open to dialogue with them without judgement or preaching rhetoric. At the end of the day, everyone has their own journey. I think it’s just important to let my loved ones know that I’m there whenever they need me and they can talk to me about anything without judgement. I can only live my life and continually do the next right thing for myself and in doing so hope that that will have a ripple effect.