For the uninitiated, an uncracked lobster can be a bit intimidating not to mention messy. You stare at that whole, bright red thing and think, ok, so where do I begin and how do I not look like a fool. A little knowledge can go a long way in enjoying the experience of eating a homemade lobster. After all, the deliciousness of that buttery, melt-in-your-mouth meat makes risking looking silly and the work involved in cracking a lobster well worth it. Whether it’s a whole lobster you’re digging into or simply cracking the shellfish to use the meat in another recipe, follow these simple rules to make eating a lobster less intimidating. 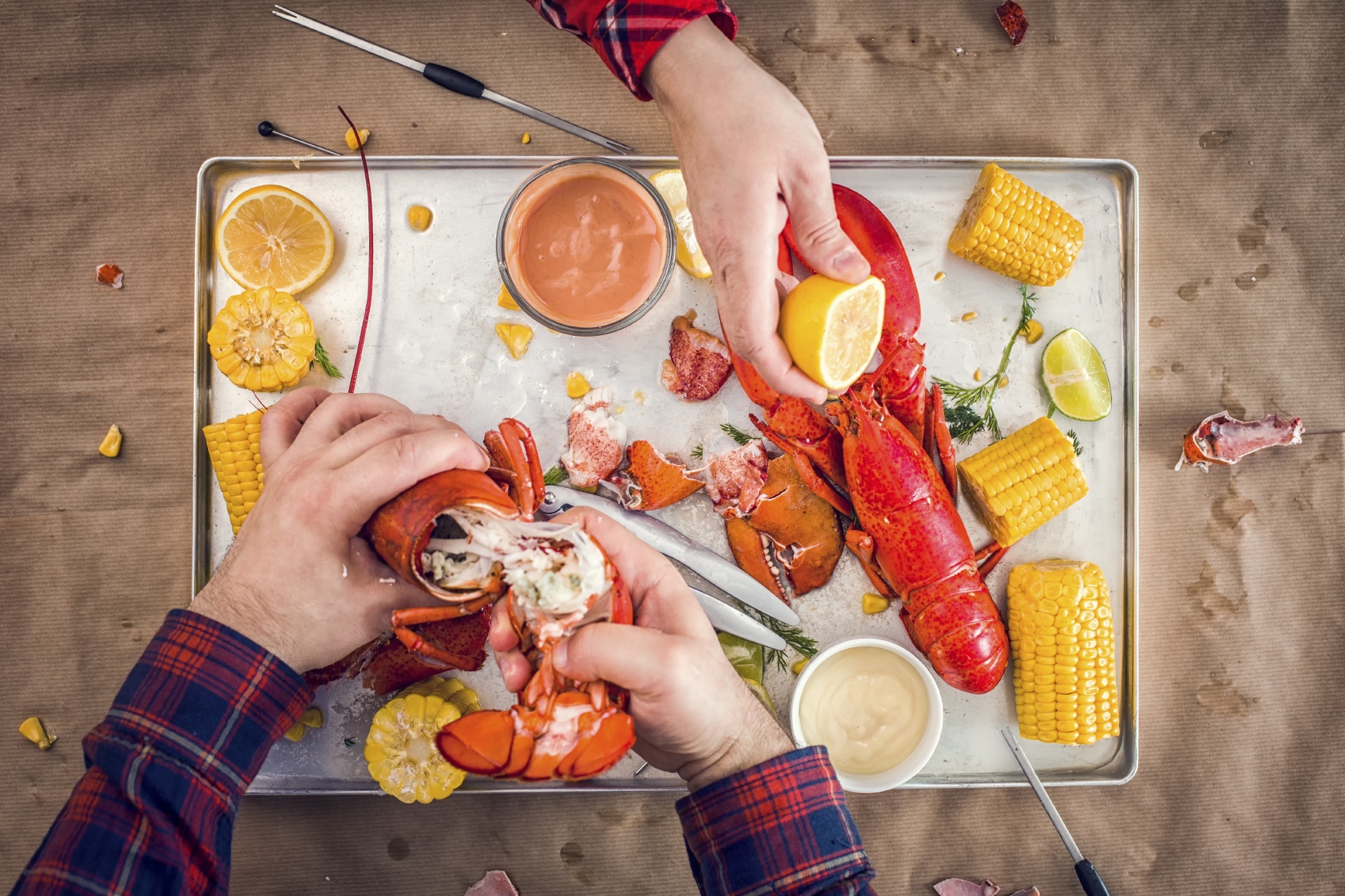 Start with the tail. image: gmvozd

Start with the tail. Use your hands to separate the lobster tail from the body by bending the tail backward and twisting to pull apart. Now crack the tail by applying pressure with your hands and then either pull apart the flippers to take out the meat or stick your finger or a small seafood fork in the base of the tail and push the meat out. Remove the black vein that runs down the middle. 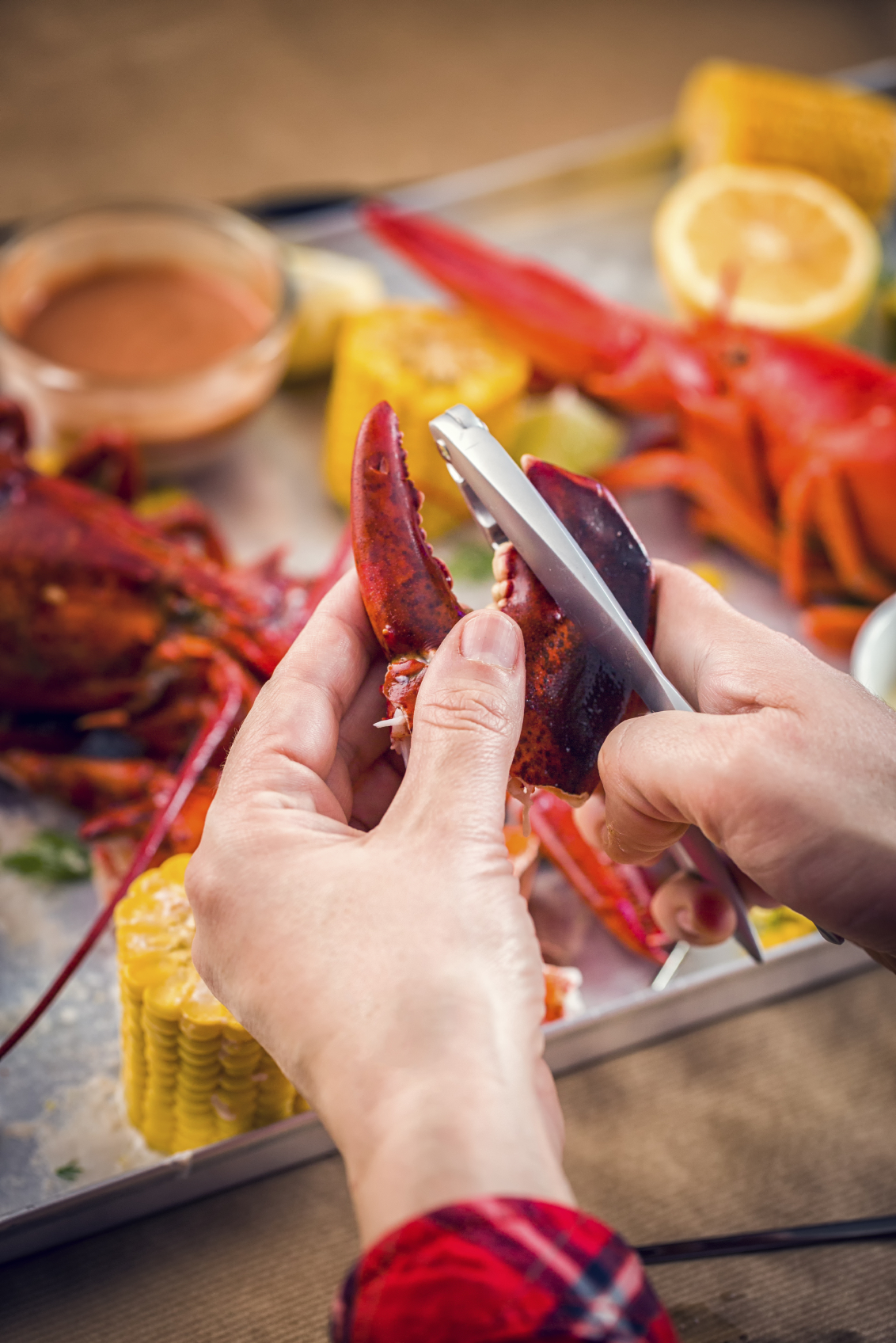 Grab a seafood cracker and split each knuckle in two image: gmvozd 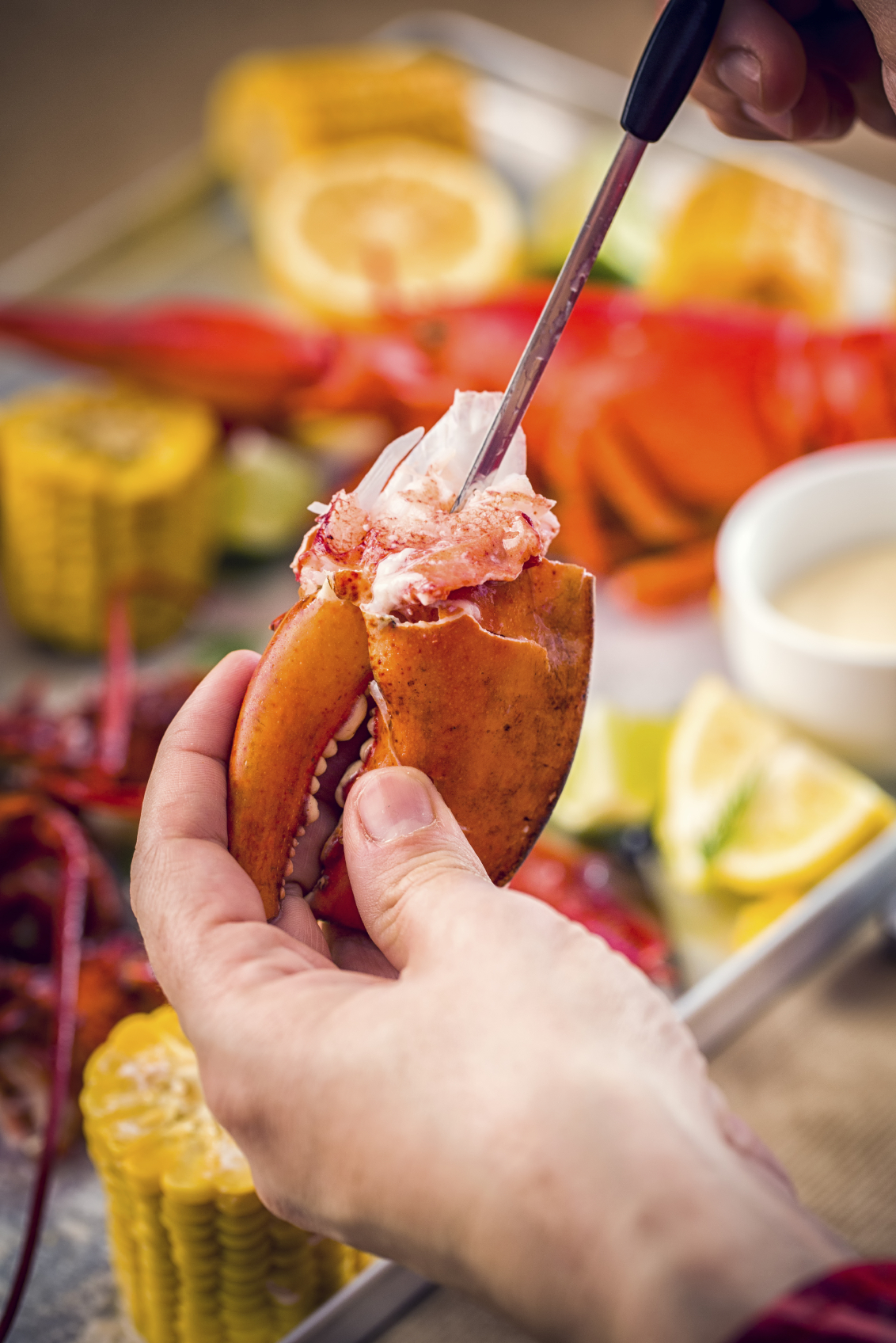 Use the seafood pick to pull out the lobster meat. image: gmvozd

Go back to the body of the lobster and remove the legs by twisting them off. If you’re eating the lobster, go ahead and use a small pick to take out the meat or make it easier by simply sucking the bits of lobster meat from each leg. If you’re cracking the lobster to use the meat in another recipe, you can grab a rolling pin and use it to push the meat out of the legs by rolling over them.

Finally, hold the lobster body and crack it apart lengthwise and remove the meat with a pick. The green stuff you see is the tomalley or lobster liver and is edible.

Now you’re ready to head to your local fish market to grab some lobsters and make one of these eight delicious lobster recipes.